Road & Track in the US has released a nice little acceleration video showcase called The Two Second Club. It’s made up of three cars that are able to smash 0-100km/h in the two-seconds range. They include the Nissan GT-R, the Porsche 911 Turbo S and the Bugatti Veyron Super Sport. 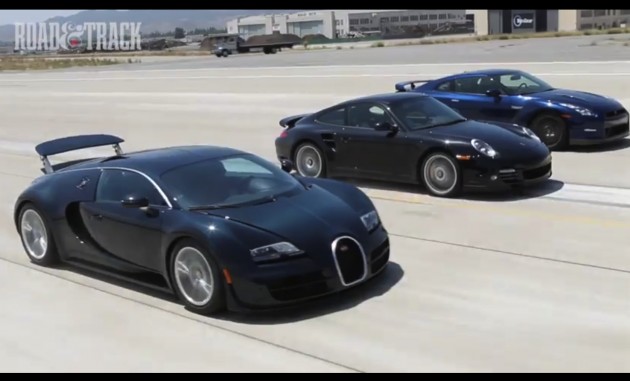 Of course, the Bugatti Veyron Super Sport comes out on top with the quickest times, but let’s just have a quick overview of the cars, and their price (if available in Australia):

Click play on the video below to see how the cars shaped up. Results are displayed below the video.