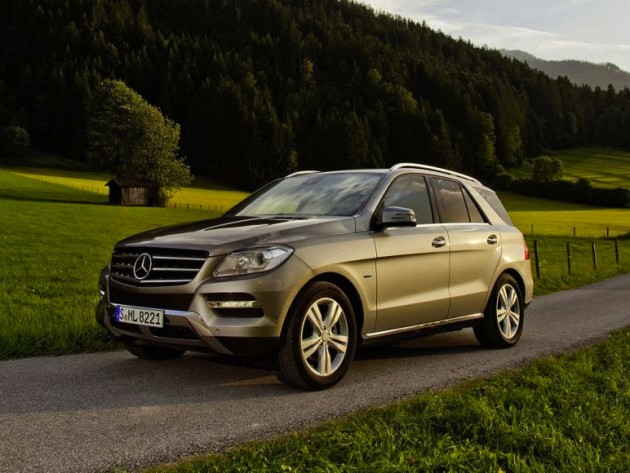 Despite wearing the ‘BlueEfficiency’ badge, the ML 500 is not an eco-focused slouch. It comes with a 4.7-litre twin-turbo V8 producing 300kW of power and 600Nm of tarmac-twisting torque. This enables the large luxury SUV to sprint from 0-100km/h in just 5.6 seconds.

So there’s no doubt, this is a very quick piece of gear. Even so, Mercedes-Benz has managed to reduce fuel consumption by as much as 16 per cent compared with the previous 285kW 5.5-litre ML 500. The official ADR combined cycle fuel consumption rating is 12.3L/100km.

Economy has been improved thanks to a start-stop system which shuts down the engine when the vehicle is stationary with the brake on. The 7G-TRONIC seven-speed automatic transmission also contributes to efficiency, as does the direct injection system for the engine. 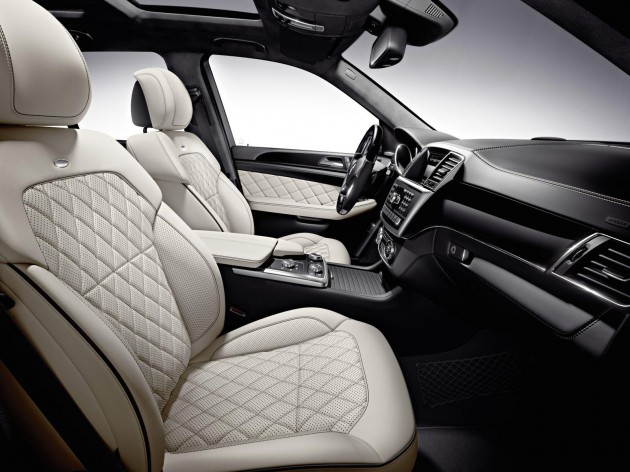 Inside, the ML 500 interior is dressed in lots of leather, while sitting in the centre dash fascia is an internet-capable COMMAND centre multimedia interface. Other interesting and innovative highlights include reverse flow seat cooling and automatic parking.

The reverse flow seat cooling system works by first extracting hot air from within the seats after the vehicle is parked in the hot sun, before pumping fresh cool air into them. It sounds very handy for Australian conditions.

Orders for the 2012 Mercedes-Benz ML 500 4MATIC BlueEfficiency will be taken as of June 22 in Europe, with deliveries set to commence in during the third quarter.

In Australia, new models have already started to arrive. The ML 500 is priced from $95,902, excluding on-road costs. The new high performance ML 63 AMG is priced from $136,461, and is set to arrive over the next few months.