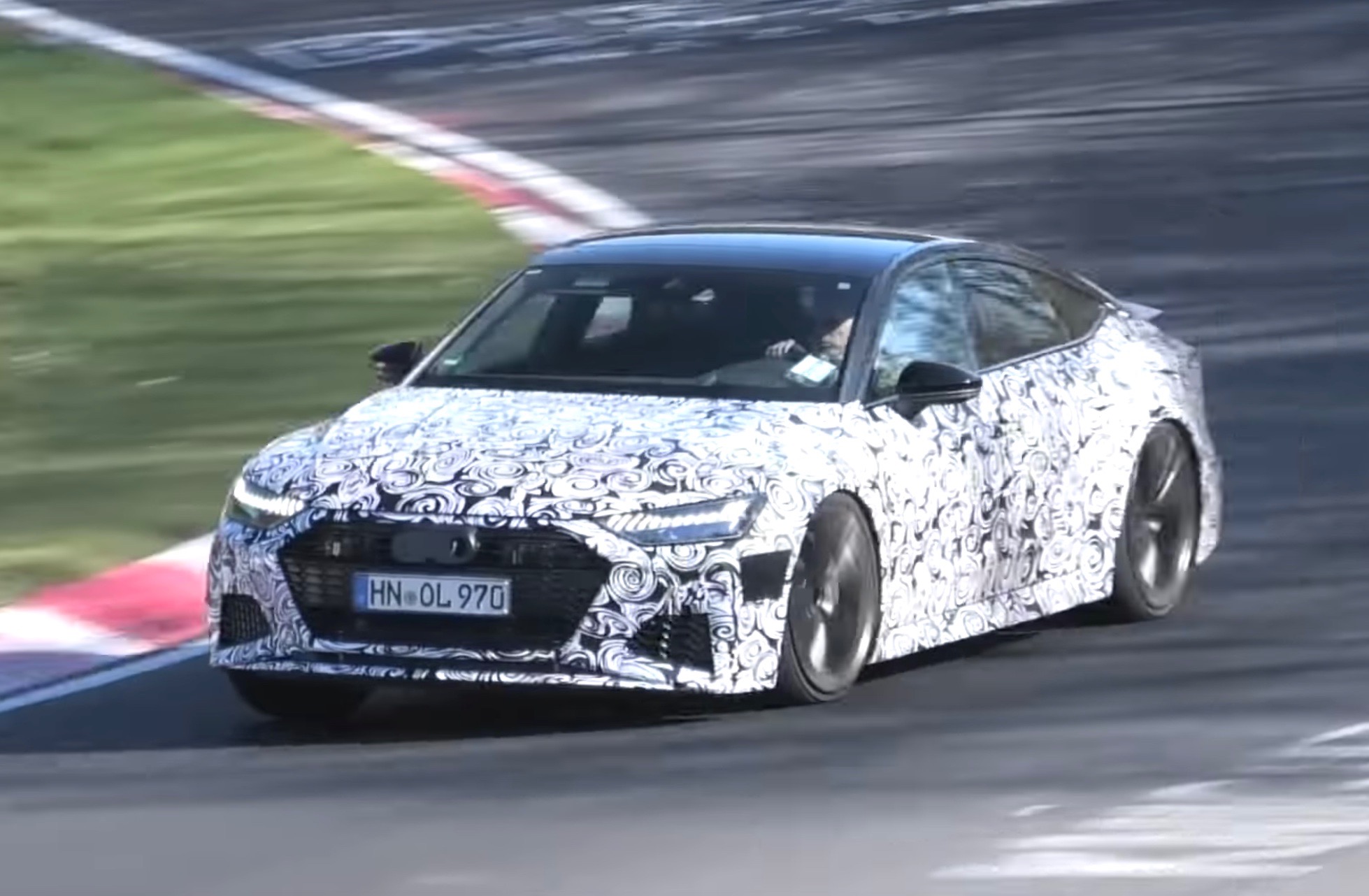 Audi has been spotted test driving a prototype version of the 2020 Audi RS 7 Sportback out on the Nurburgring. And on first impressions, it looks bloody quick and produces a nice, dirty V8 soundtrack. 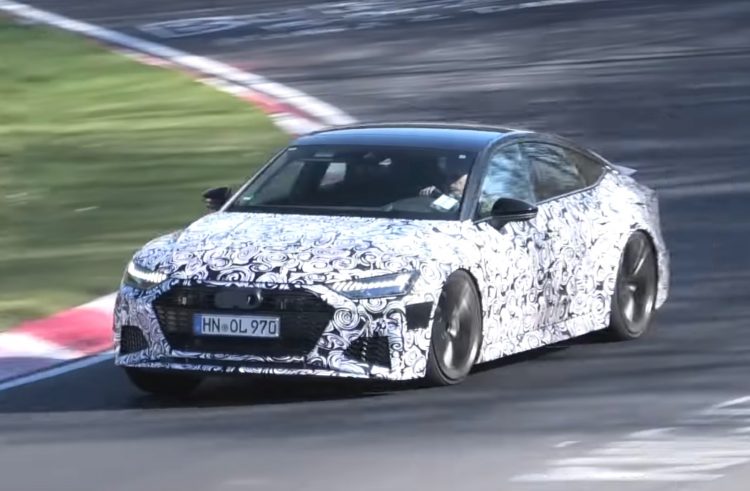 Yes, while the new S6 and S7 have become less powerful and switch to a diesel powerplant (for Europe), it sounds like the RS 7 flagship will stick with its V8 heart. Here we see a relatively early prototype doing some hard testing at the Nurburgring in Germany, with what looks to be an almost production-ready body.

We say ‘almost ready’ because obviously the panels are wrapped in disorienting camouflage which could hide some minor trimmings that are yet to be completed. But overall, the 2020 RS 7 looks like it will showcase an aggressively wide stance, with pumped out wheel arches and lower body skirting all around.

The new model will switch to VW Group’s MLB Evo platform, which is also shared with everything from the latest Porsche Cayenne, to the Lamborghini Urus, and even the Bentley Bentayga. While the latest A7 Sportback has switched to the new platform, the RS 7 is yet to jump on board and was last sold with the MLB (non-Evo) layout. 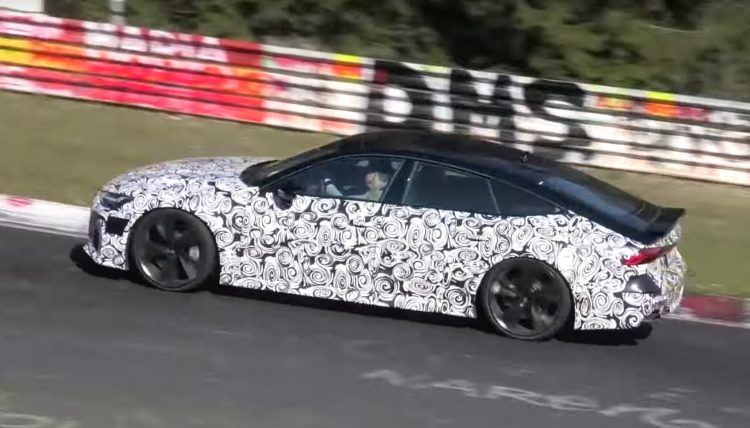 With the new platform we can expect some decent improvements to handling and chassis dynamics, as well as increased cabin space. Safety and rigidity are also likely to improve. There’s also going to be some new tech inside, with dual touch-screens like what’s seen in the regular (new) A7.

As for the under-bonnet hardware, we don’t have any concrete details for you yet. But, according to reports the new model could get the V8 hybrid package that’s seen in the Porsche Panamera Turbo S E-Hybrid. In that is a 4.0-litre twin-turbo V8 that’s paired with an electric motor assist system, offering a combined output of 500kW and an almighty 850Nm. So, yep, it’ll probably go pretty fast, then.

Not only that, there’s even talk of an updated version of this powertrain being in the works which could produce up to 530kW. Nothing is confirmed just yet though. There is also the possibility Audi will implement its latest electric turbo developments and mild-hybrid tech with 48V power to the existing 4.0-litre twin-turbo V8. With such tech the engine could probably produce well over 450kW anyway.

Speculations suggest Audi will unveil the 2020 RS 7 Sportback later this year, potentially at the Frankfurt motor show in September. Check out the spy video below to see how she goes so far.