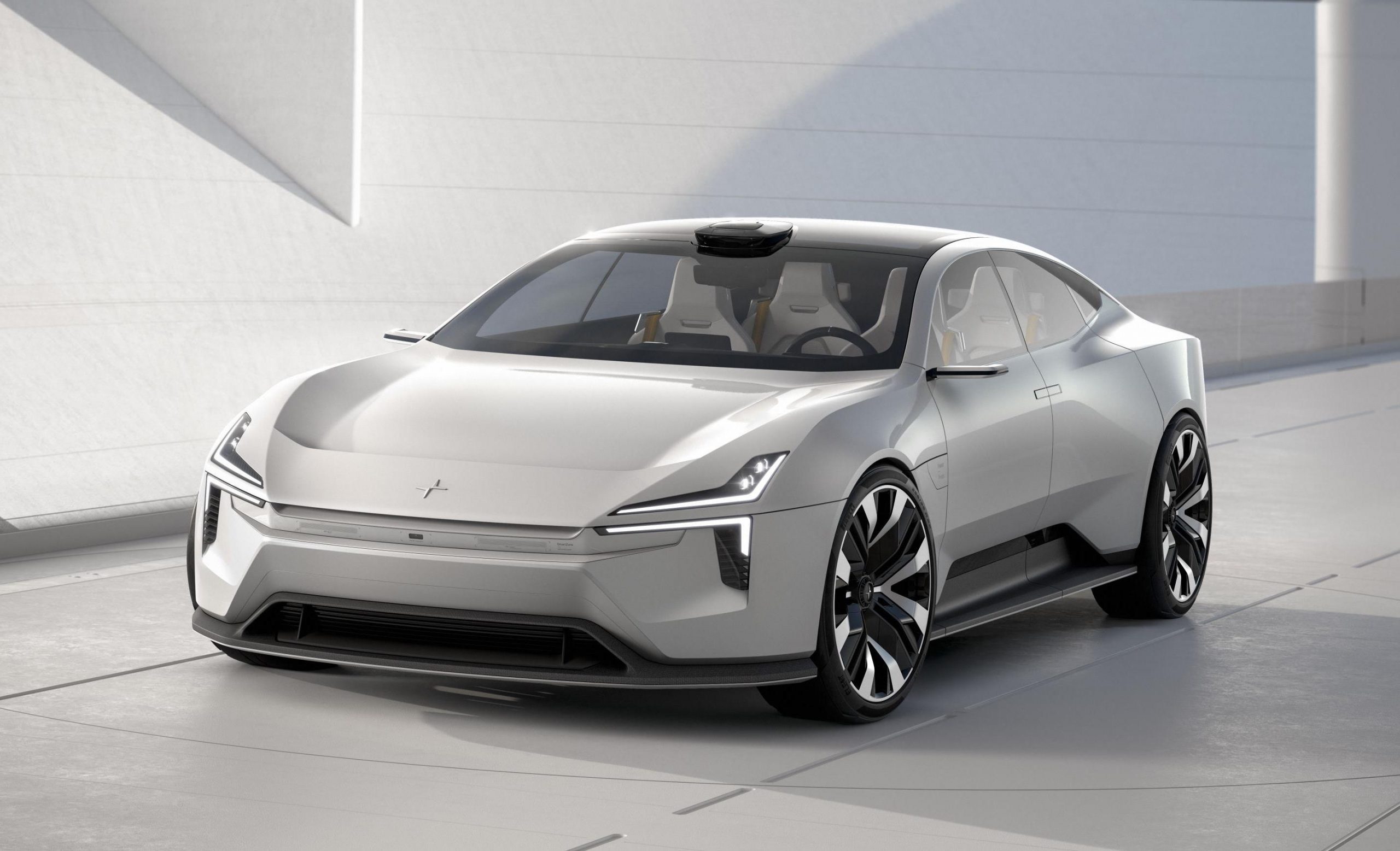 Check out this sporty concept. It’s called the Polestar Precept, and it’s a vision of the company’s future. The Precept has been revealed today online but a public presentation will take place at the Geneva motor show next month. 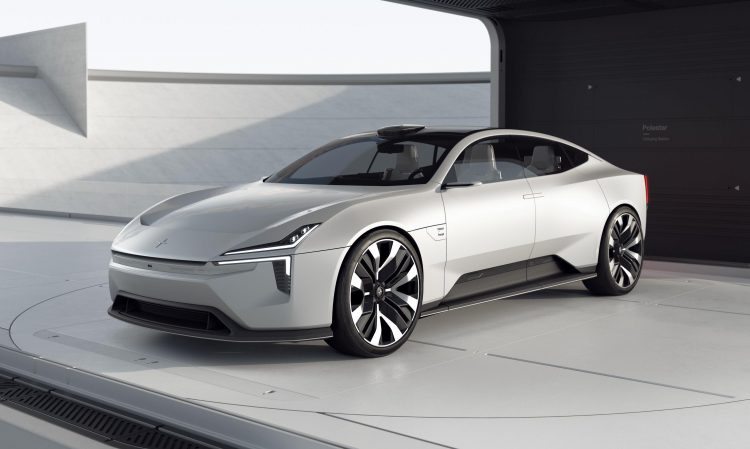 The Polestar Precept is described “a clear expression of intent” in regards to the brand’s future direction. It showcases all kinds of new-age and forward-thinking concepts, including interior parts that are made from more sustainable materials than conventional options.

Its name reflects Polestar’s intent of being a contemporary, performance electric vehicle brand. It’s a manifesto of things to come, the Volvo-owned brand says. It was also created as a milestone for Polestar as standalone brand.

Starting with the design, this is a striking four-door coupe pitch. At the front is one of the best grille-less layouts we’ve seen. It doesn’t look like it’s missing a grille, like many electric vehicles out at the moment. Instead, this presents a big intake scoop at the bottom to act as a spoiler, with a pinched bonnet line that meets the up-swept chin. 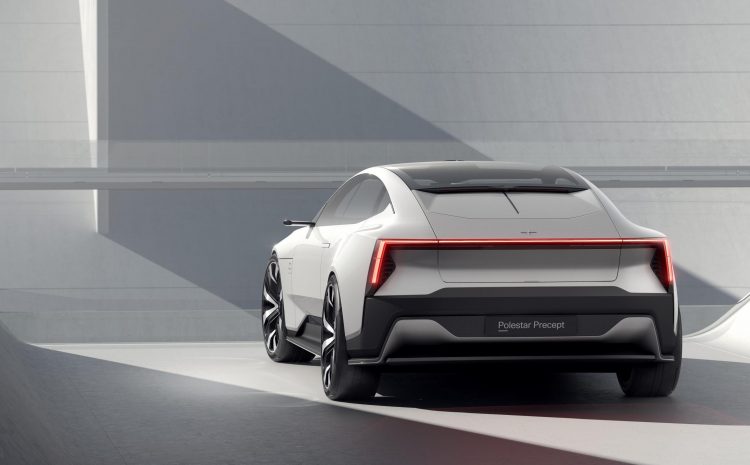 In the middle of this pinch point is what Polestar calls the SmartZone. It’s essentially where all of the sensors and safety road-reading technologies are housed. There are two radar sensors, a high-definition camera, with a LIDAR pod sitting up on the roof.

Dual LED daytime running lights form a unique interpretation of Volvo’s ‘thor hammer’ design, with discreet twin-element headlights neatly tucked into the corners. A large bonnet vent, which is a actually a wing, is designed to accelerate airflow over the bonnet and improve aero efficiency.

The side profile looks very sleek and low-profile, with a traditional wedge theme cementing it as a performance car. At the back is the now fashionable full-width taillight treatment, with a very neat diffuser section lower down. From this angle you can also see the coupe-like hatch lid. 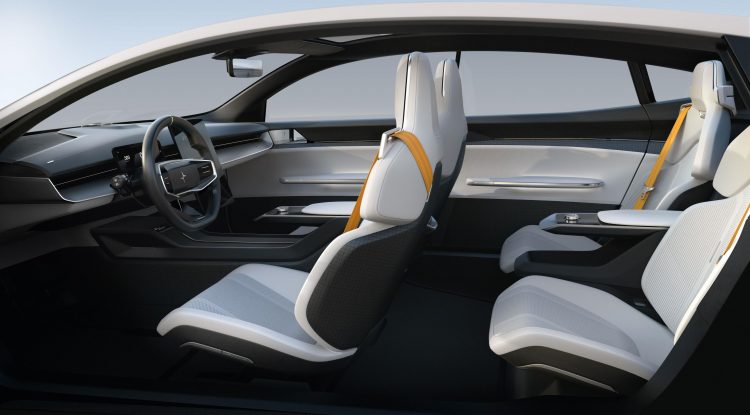 Inside is where things get really modern and future-proof. The seat surfaces are made from 3D-knitted material based on recycled PET bottles, with recycled cork vinyl for the bolsters and headrests. On the floor, the carpets are made from fishing nets, while some of the fixtures such as the panels and seat-backs are made from flax-based composites.

There is, of course, lots of technology in here as well. On the dash is a 15-inch main touch-screen, with a 12.5-inch screen for the instrument cluster. As a special touch there’s also a Polestar emblem that floats holographically between the two rear seats inside a solid piece of Swedish crystal.

No specifications on the powertrain have been revealed as yet, but we suspect Polestar is holding off until the big debut at the Geneva show. It all starts on March 3. As for any plans for production? Thomas Ingenlath, Polestar CEO, said:

“Precept is a declaration, a vision of what Polestar stands for and what makes the brand relevant. The car is a response to the clear challenges our society and industry face. This is not a dream of a distant future, Polestar Precept previews future vehicles and shows how we will apply innovation to minimise our environmental impact.”