The 2013 Lexus LS 460 has been revealed, showing off a stealthy new design, in tune with Lexus’s latest styling philosophy. Highlights include the big spindle grille at the front, and the introduction of an F Sport variant. 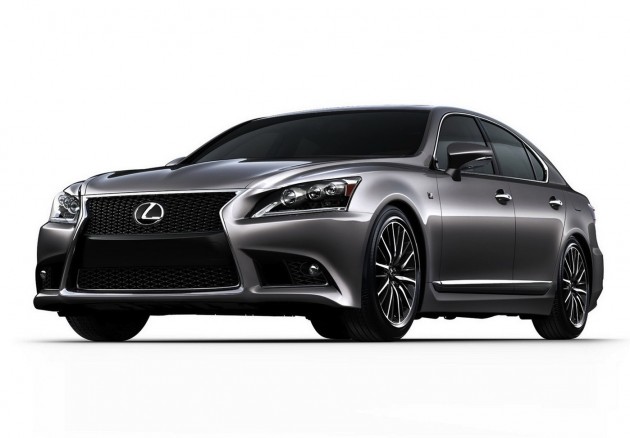 These latest images appear to prove the leaked images from last week were in fact legitimate impressions of the car.

One of the more interesting aspects of the new model, apart from the rather attractive styling, is the introduction of the F Sport variant. Lexus has been providing F Sport option packs for many of its showroom models for a few years now, but this is the first time one has been available for the flagship.

The one-stop pack comprises of sporty body enhancements, a black mesh front grille, and some large two-tone dark grey and chrome alloy wheels. Like other models in the Lexus lineup, the F Sport is also likely to come with revised steering and suspension for a more engaging drive. 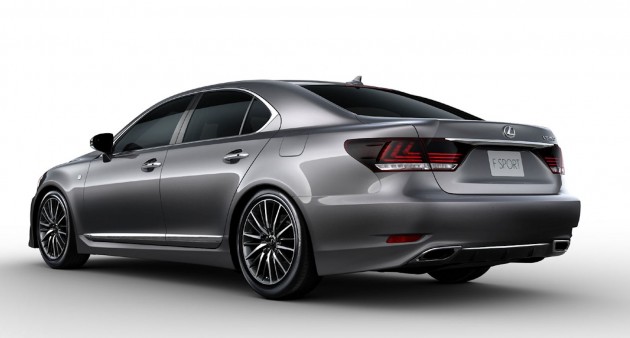 Full specifications and details are still yet to be announced. An official unveiling is expected at any moment now, including variant levels, pricing, and details of the Australian introduction. The new model is set to arrive locally by the end of 2012.

As far as we know, there will be two models; the LS 460 and the LS 600h hybrid. Both of these are likely to be available with the F Sport package… we’ll keep this report updated though as soon as official details come through.

UPDATE: Lexus has officially unveiled the new model. The company says since its launch in 2007, the LS has been honed and perfected, with up 2700 improvements over the past five years. With this new model, a further 300 improvements have been made including 14 ‘Lexus firsts’.

“This LS is not just redesigned, it is reengineered to deliver on Lexus’ ongoing commitment to design, driving dynamics and enjoyment – effectively the vehicle that was World Car of the Year at launch, just got a whole lot better.”

Inside sits a vast 12.3-inch LCD multifunction display which is operated via the Lexus Remote Touch system – also seen on other Lexus models. It incorporates everything from the satellite navigation system to climate controls, to the parking camera assist systems. It’s also entwined into a 19-speaker Mark Levinson surround sound stereo system.

As for the changes made to enhance the driving experience, the new LS comes with a smaller sporty steering wheel, and a Drive Mode Select function allowing the driver to choose between ECO, NORMAL, SPORT S and SPORT S Plus modes. Each function changes the settings of the steering and suspension accordingly.

As for the F Sport package, the LS gets a Torsen limited-slip differential, Brembo six-piston front brake calipers, 19-inch alloy wheels, and a spruced up interior with heavily bolstered seats. The F Sport also includes a revised chassis to improve handling.

Lexus says the new model will join the Australian lineup in late-2012/early-2013. Pricing and specifications will be announced closer to the car’s launch.