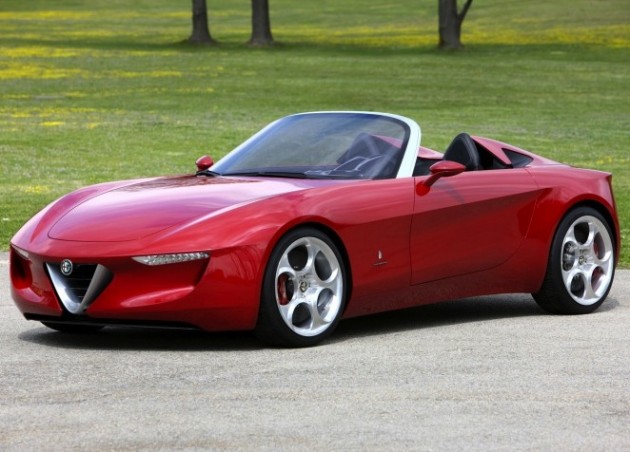 Mazda and Alfa Romeo produce very different vehicles, and under the partnership, the new rear-wheel drive roadsters will also be quite different. The Alfa is set to showcase more dramatic and flamboyant styling, following Alfa tradition, while the MX-5 is likely to retain its friendly and sporty character.

The Alfa Romeo version is planned to be produced at Mazda’s Hiroshima production facilities in Japan, starting in 2015. Takashi Yamanouchi, Mazda president and CEO, recently said,

“It is especially exciting to be collaborating with such a prestigious marque as Alfa Romeo on a new roadster based on the next-generation MX-5, which is such an iconic vehicle for Mazda and recognized as the best-selling roadster of all time.”

“This agreement clearly demonstrates our commitment to Alfa Romeo and the determination to grow it into a truly global brand. By partnering with Mazda, we will be co-operating with the recognized leader in compact rear-drive vehicle architectures in order to deliver an exciting and stylish roadster in the Alfa Romeo tradition.”

The new Alfa roadster is expected to be welcomed by open arms by the brands’ fans, who haven’t seen a sports rear-wheel drive roadster from the company since the Spider ceased production in 1993.

As for the engine details, it’s still too early to know what is in the pipeline. Earlier reports have indicated that the new Mazda MX-5 could feature a smaller capacity turbocharged engine, in the vicinity of 1.5 litres.