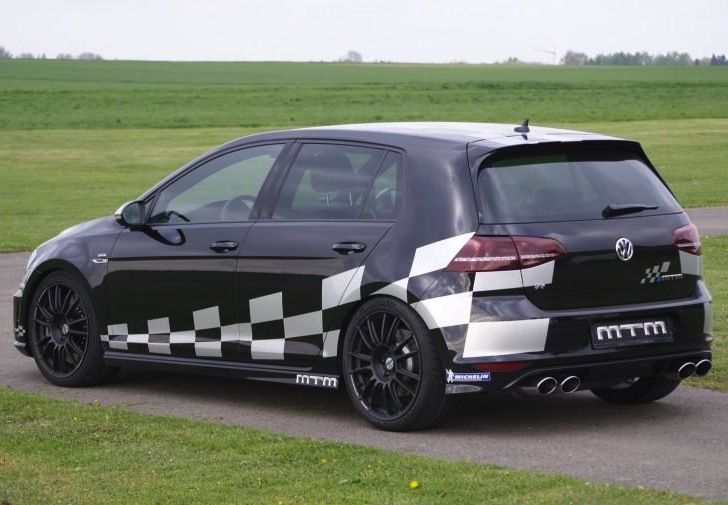 While the new Volkswagen Golf R is already a cracking hot hatch, capable of 0-100km/h in just 4.9 seconds, it hasn’t stopped renowned Audi/VW tuner MTM from coming up with a tuning program to further boost performance. 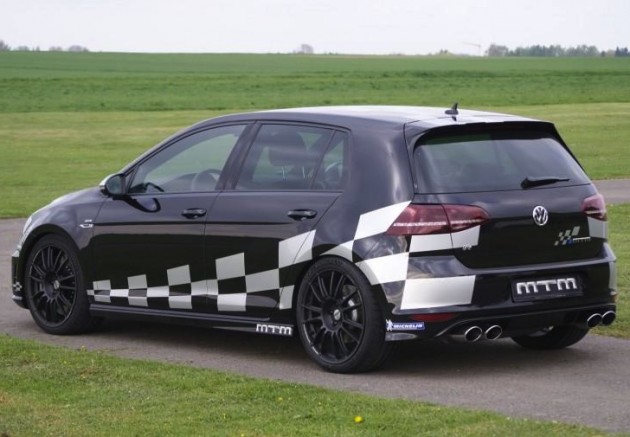 The main element of the tune is the implementation of an M-Cantronic module for the engine computer. This reprograms the mapping configuration for the air and fuel flow, allowing the 2.0-litre EA888 turbo four-cylinder to produce more power.

In factory form the Mk7 Golf R develops 221kW and 380Nm (detuned to 206kW for the Australian-spec model). After the fitment of the module, the engine belts out a more substantial 265kW and 450Nm. This almost reaches the level of the Golf R 400 concept which has reportedly been approved for production.

As you would expect, performance out on the tarmac has been improved. Acceleration flat-out from 0-100km/h takes just 4.2 seconds, while the top speed is still limited to 250km/h but it can now be reached a lot sooner.

For those wanting a little more, MTM offers a comprehensive braking package with eight-piston front brakes and 380mm discs to improve stopping performance. These can be hidden behind a set of Nardo 19×8.5-inch alloy wheels with Michelin Pilot Sport Cup 2 tyres.