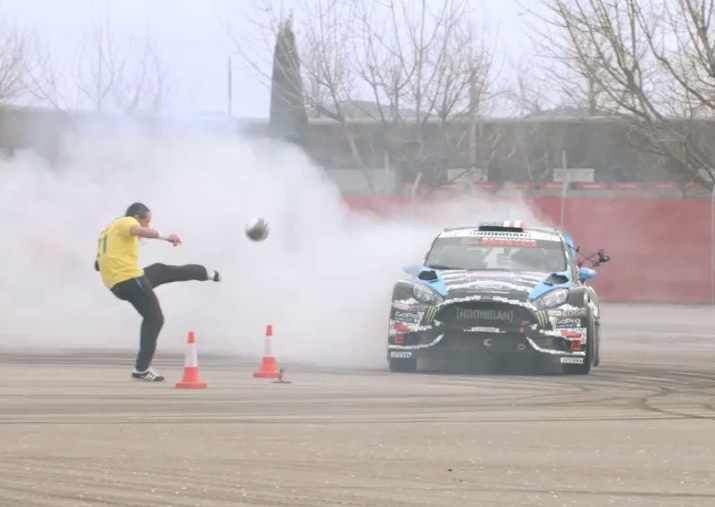 YouTube sensation and rally star Ken Block has teamed up with Neymar Junior to produce a new video, called Footkhana. It involves the two having a bit of a play around, with Block ‘kicking’ with his famous Ford Fiesta rally car. It’s all part of the lead-up to the 2014 World Cup in Brazil. Take a look below.