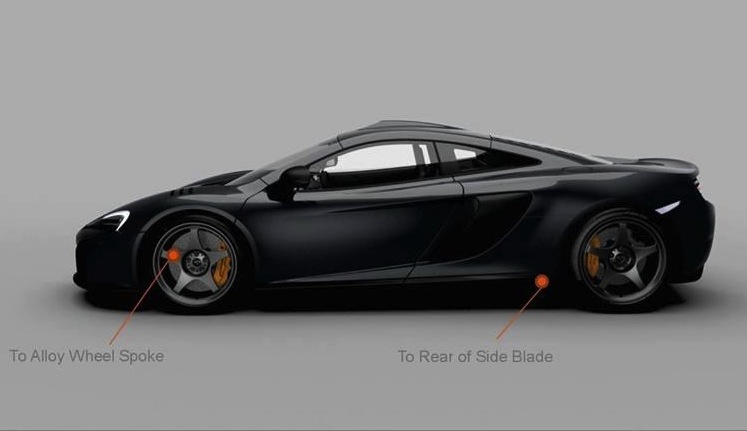 McLaren has revealed a unique 650S Limited Edition made by McLaren Special Operations. It celebrates the 20th anniversary of the iconic McLaren F1 GTR and its victory at the 24 Hours of Le Mans. 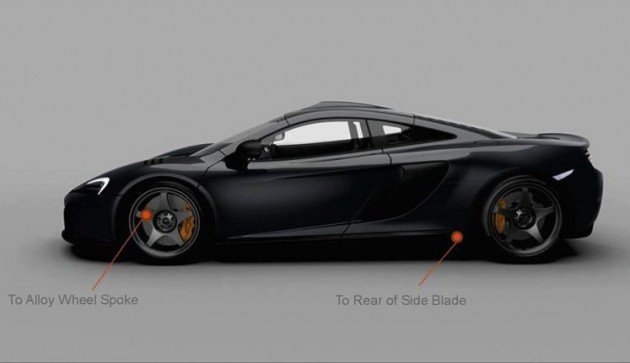 Based on the 650S, which is the company’s current mid-range model, the Limited Edition showcases various bespoke body parts that separate it from the regular 650S.

On the roof you may notice a cabin air snorkel scoop. This pays tribute to the mighty McLaren F1 GTR chassis #01 which ran at Le Mans 20 years ago, which had a distinctive snorker on the roof. There’s also a set of dark forged alloy wheels, a carbon fibre splitter system, and a chunkier diffuser and wing at the back.

To finish off the look the entire body is painted in a special dark blue colour applied by MSO. It’s teamed with a set of orange-painted brake calipers in traditional McLaren fashion. The overall theme is quite dark and sinister, and with the roof scoop it looks a lot more serious than the regular 650S we think.

No changes are made in the engine compartment. There sits the same 3.8-litre twin-turbo V8 producing 478kW of power and 678Nm of torque. It’s matched up to a dual-clutch automatic transmission feeding power to the rear wheels. Acceleration from 0-100km/h takes just 3.0 seconds, with 0-200km/h coming up in 8.4 seconds.

McLaren is planning to make just 50 examples of these tribute editions, all in coupe form. However, if you do miss out on being one of the lucky 50, McLaren Special Operations can build you a tailor made 650S potentially with these – or more – bespoke features.