The new 2014 Maserati Quattroporte won’t make its official public debut until the 2013 North American International Auto Show next month. Even so, images and specifications have just been confirmed, and the company has released a video which goes over some of the development work that went into the new model. 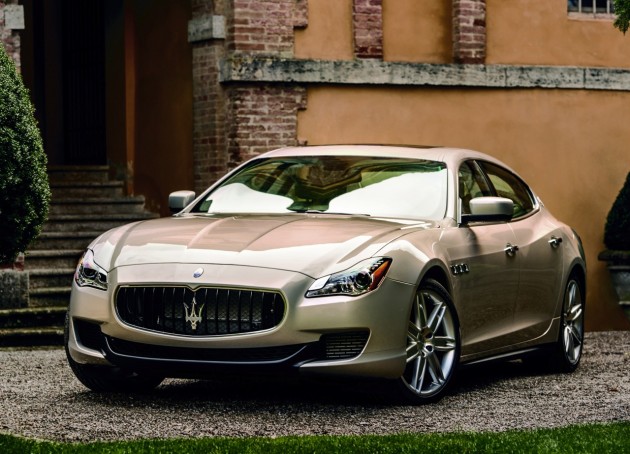 Power will come from two different twin-turbo engines; a 3.0-litre V6 that starts life as a Chrysler Pentastar item, and a 3.8-litre twin-turbo V8. The V6 produces 301kW and 550Nm, while the V8 produces 390kW and a whopping 710Nm (overboost).

Maserati says the new model is larger than its predecessor, offering increased practicality, but says it is also lighter in weight, providing better all-round performance. Acceleration from 0-100km/h in the V6 is handled in 4.9 seconds, while the V8 does it in 4.7 seconds. 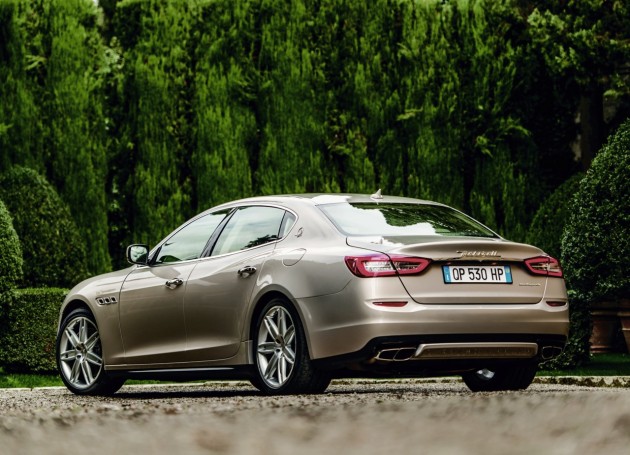 As for outright speed, the V8 is able to hit 307km/h, putting it up against some of the more serious supercars that have come out in recent times. Despite being the ‘entry-level’ model, even the V6 is able to nudge 284km/h. Part of this performance is thanks to a slippery body design.

The co-efficient drag has been reduced by 12 per cent over the previous model, resulting in a drag figure of 0.31. The styling is not all science either, it’s also a thing of beauty, carrying traditional DNA. Marco Tencone, head of Maserati Centro Stile, recently said,

“The design of the Quattroporte is inspired by Maserati’s core stylistic principles: harmony of proportions, dynamic lines and Italian elegance.

“Every new model is a step into the future, but for a brand with the strong heritage of Maserati it is fundamental to bring on the most distinctive features as a signature: the contour of the air intake in the front, the three small outlets on the front wings and the strong triangular C pillar bearing the logo.”

Inside, passengers are treated to a top-line luxury cabin with all the appointments you’d expect in an exotic Italian grand tourer, with soft leather and plenty of wood trimmings.

For the new model, technology is also high on the agenda, with features such as an 8.4-inch Maserati Touch Control screen with WiFi WLAN hotspot making their way into the dash, as well as a 15-speaker Bowers and Wilkins surround sound audio system. 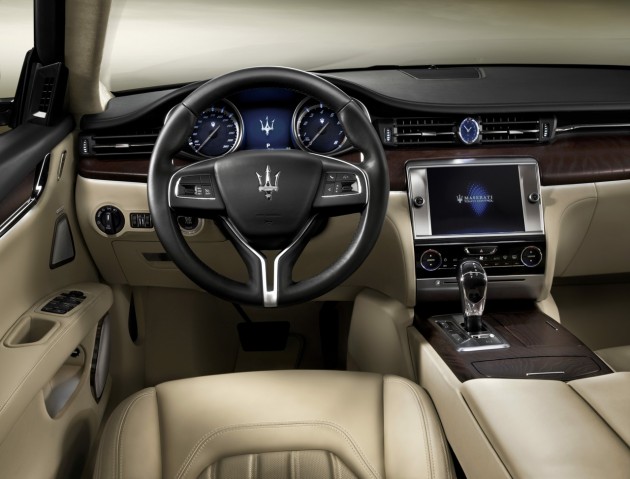 Maserati’s official Australian import, Ateco, has announced the new model will launch here later in 2013. Prices will be finalised closer to its arrival.

In the meantime, click play on the video below for an interesting look into some of the testing and development that went into creating the stunning Quattroporte ‘four-door’.