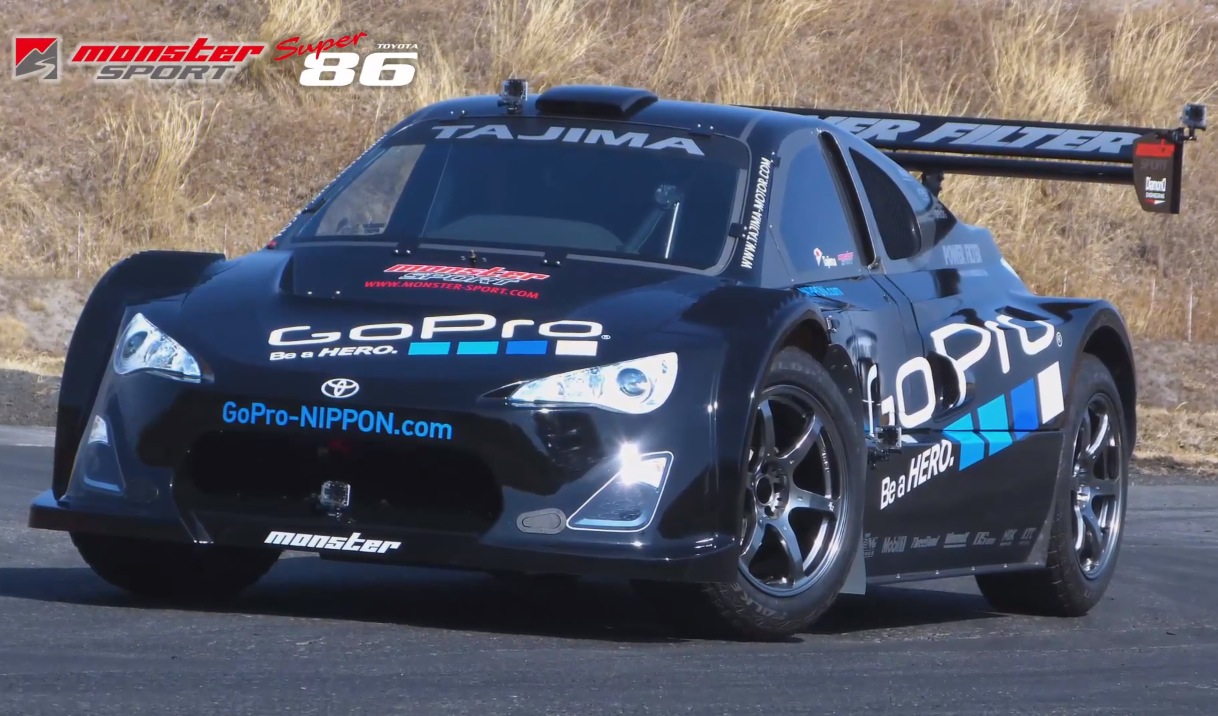 Monster Sport has unveiled its ballistic little project car it will use to compete in this year’s Pikes Peak International Hill Climb. Called the Monster Sport Toyota Super 86, the mutant-looking racer is very loosely based on the popular Subaru/Toyota sports coupe. 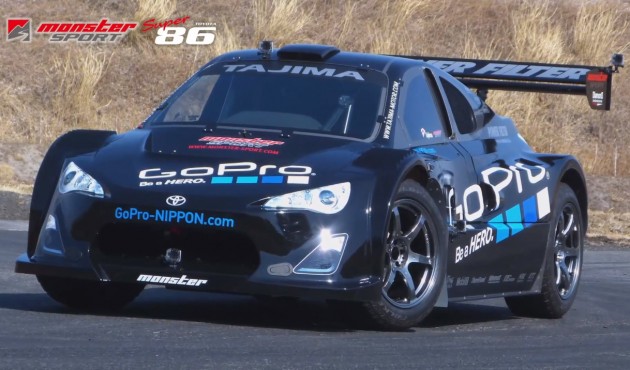 Resembling almost no relationship with the Toyota 86 production car, aside from the headlights and front end design, the ‘Super 86’ is powered by a 3.0-litre twin-turbo V6 producing a whopping 493kW of power and 809Nm of torque.

The body is made out of a blend of carbon and Kevlar composites, while the chassis comprises of a full steel space frame. All up the package weighs in at just 1080kg, including the complex roll cage setup. 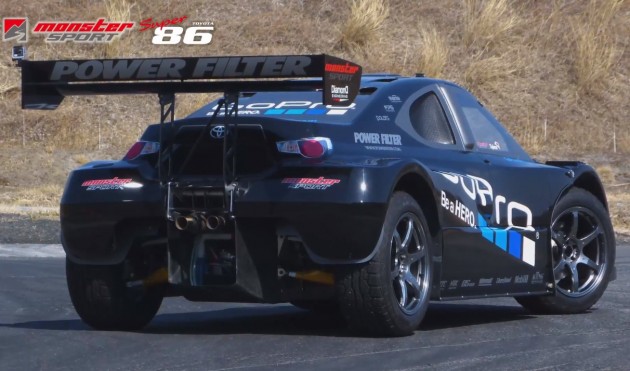 This sort of powertrain and chassis combination – torquey, super-powerful and lightweight- is perfect for climbing hills and is why the car will compete in the ultimate ‘Unlimited’ class.

To really hammer home its competitive edge, the 86 will be driven by the one and only Nobuhiro ‘Monster’ Tajima, a multiple record holder at Pikes Peak, and also 2011’s overall winner.

A video demonstration of the new car has just surfaced on YouTube to give us all a sneak peek into what to expect come race day on June 30.