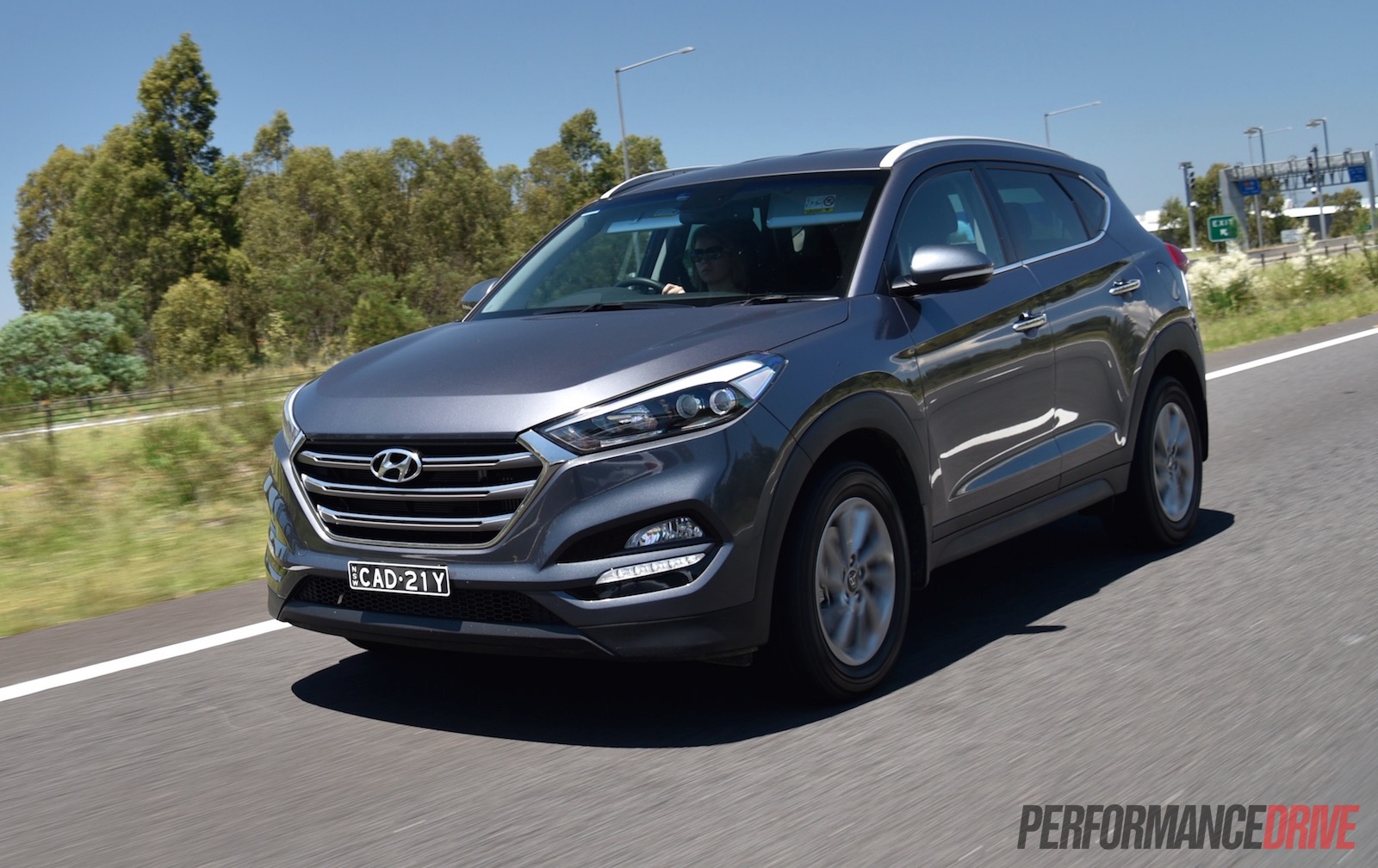 There are many SUVs on the market at the moment; sports, luxury, heavy-duty, coupe, seven-seat, four-seat. The choice is endless. But even if you can decide on one, there are often various versions of that particular model available. Today we’re looking at one of the more popular new models to arrive on the scene, the Hyundai Tucson, and comparing two of the most appealing powertrain options. Petrol versus diesel. Dual-clutch automatic versus regular automatic. 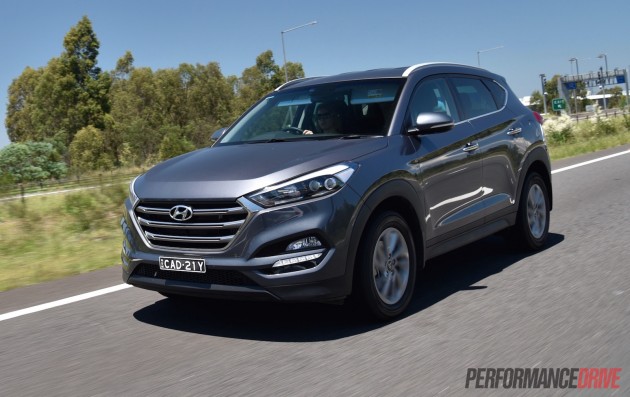 Hyundai Australia offers four main trim lines for the new Tucson, and four different engine and transmission combinations. The most appealing of them all is the 1.6-litre turbocharged petrol four-cylinder, and the 2.0-litre turbo-diesel four-cylinder. Both of these represent the latest technologies the company has to offer, promising good fuel economy and respectable performance. But, which should you go for?

The petrol comes with a new-age seven-speed dual-clutch automatic, while the diesel uses a more conventional and arguably more comfortable torque-converter six-speed auto. These send power through an all-wheel drive system with a selectable locking centre differential.

Having tested the petrol version recently (review here), we jumped straight into the diesel version, in the same mid-spec Elite trim level, to see which engine is the pick.

Starting with the figures. The petrol produces 130kW of power while the diesel generates 136kW. The diesel also comes out ahead with more torque, peaking at 400Nm against the petrol’s 265Nm. How does this translate in real-world performance?

On the same strip of private road in similar weather conditions we recorded a best 0-100km/h of 8.02 seconds in the petrol and, strangely, 8.81 seconds in the diesel. It didn’t improve for the diesel across the quarter mile either, with the petrol recording a 16.62-second run at 139.6km/h, against the diesel’s best of 17.31 seconds at 128.8km/h. Why isn’t the diesel quicker? Well, it is over the 0-60km/h sprint, with 4.04 seconds versus 4.16 in the petrol, but surely it should be quicker in top end as well? 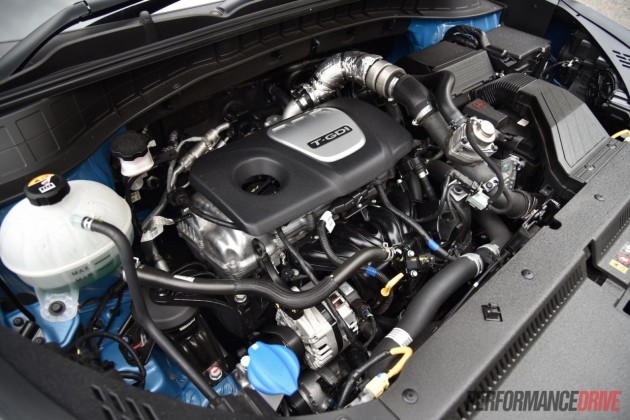 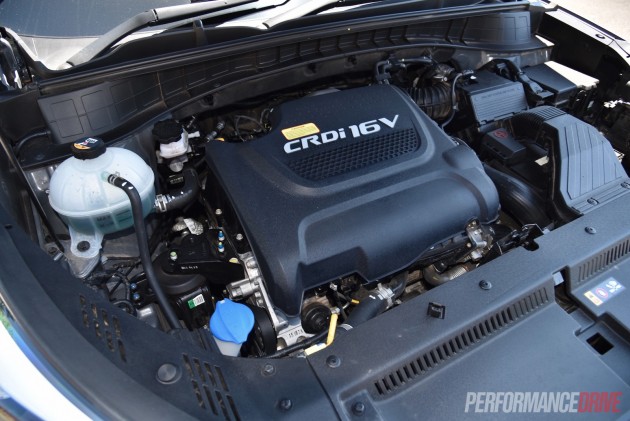 We put this largely down to the swift-shifting dual-clutch automatic in the petrol. It changes gears significantly quicker, and with seven ratios as opposed to the diesel’s six, the gearing tempo is also more energetic. There is a slight weight disadvantage in the diesel but by only 41kg, resulting in a fractionally better power-to-weight ratio in the diesel – 12.7kg:1kW in the petrol versus 12.44kg:1kW in the diesel – but obviously this isn’t enough to offset the performance.

None of this really matters though because unless you’re driving flat-out all of the time, the diesel does feel just as motivated when driving in regular conditions. Mid-range punch is noticeably stronger in the diesel, allowing you to surge through changing traffic conditions more comfortably than in the petrol. We also experienced some hesitating and delays with the dual-clutch gearbox in the petrol, while the automatic in the diesel behaves more like a… automatic.

So, the petrol is quicker but the diesel is smoother. It’s 1-all. How about economy? According to official ADR tests, the petrol returns an average consumption of 7.7L/100km while the diesel returns 6.4L/100km. Both feature a 62-litre fuel tank, which means the petrol offers a theoretical average range of 805km compared with 969km in the diesel.

In the real world, both engines recorded decent figures during our week-long tests. The petrol unit, surprisingly, can record as low as 6.5L/100km under light duties and on the highway and such. Where the two start to split is with pressured, city driving. The diesel returns more favourable economy when driven with some push whereas the petrol will start to slurp fuel more rapidly when it’s strained. After a week, the petrol gave us an average rate of 8.8L/100km while the diesel returned 7.1L/100km. In other words, the diesel will save you money in the long run. 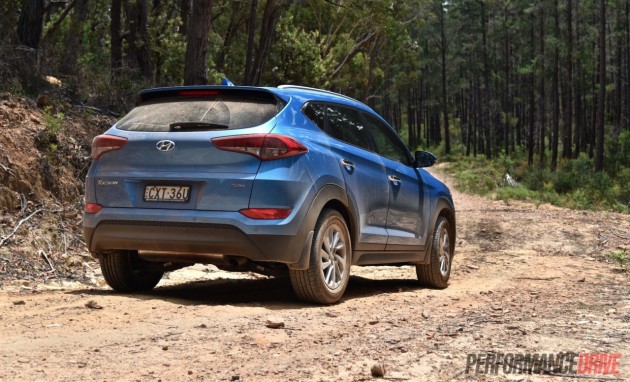 This leaves the score at 2-1 to the diesel. The last comparison is noise, vibration and engine smoothness. Due to the way diesel engines work, with combustion only occurring under sheer pressure, unlike a petrol engine that uses spark plugs to ignite fuel, diesel engines inherently ping and clatter. New-age units have come a long way with sound insulation and refinement though, with some of the premium diesel units emitting just as much noise as the petrol counterparts.

Using our dedicate decibel gauge, we tested both for in-car idle noise and full-throttle in-car acceleration noise. With the air-con switched off, and in Park gear, with the gauge held at about the middle of the cabin (shoulder height, above centre console), the petrol reported a whisper-quiet reading of 34.8dB at idle, and a peak of 85.5dB under full-throttle acceleration (60-100km/h). The diesel, meanwhile, recorded 50.1dB at idle and 80.5dB under acceleration. The petrol really is very quiet at idle but it does produce a bit of noise higher in the revs, even more noise than the diesel. Once the diesel is spinning it transforms and produces a much more refined sound. As a result, we have no choice but to give these an equal score. 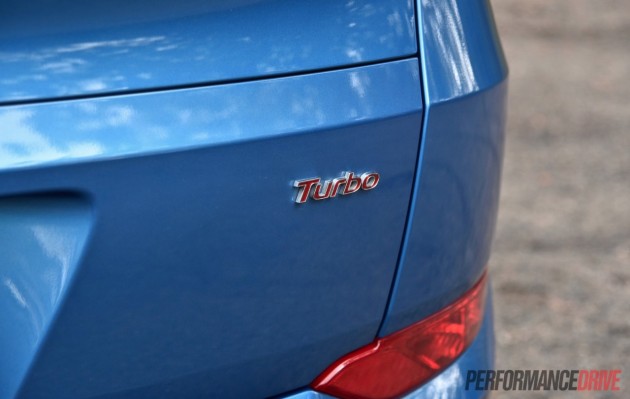 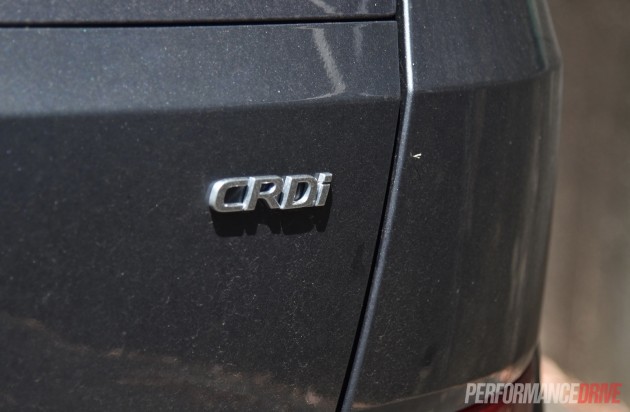 Hyundai Tucson Elite 2.0 CRDi vs 1.6T: Which should you buy?

This comparison has ended extremely close. Closer than we expected. The results, across the tests we performed, showed the diesel is more economical, smoother on the road, and quieter and more refined at speed. It is, however, slower in top end speed under full throttle and the gearbox isn’t as modern. While the new turbo-petrol is a great little unit, and it can be quite economical if you’re gentle, it is difficult to walk past the diesel. After spending time in the petrol and then the diesel, we didn’t feel the need – or want – to get back into the petrol.

In the end, it turns out both of these engines are a great choice. They offer appealing qualities and efficiency, especially coming from such a young and upcoming car manufacturer. In Elite trim, the Tucson is a well-packaged and decent value SUV too, with a stand-out design. If you’re in the market for a mid-sizer like this, we’d suggest you take the two engines for a test drive to see what suits you and your driving style best. Keep in mind the diesel does command a $2000 premium.