In a surprise move Porsche has pulled the wraps of an interesting new shooting brake concept car at the 2012 Paris Motor Show, called the Porsche Panamera Sport Concept. 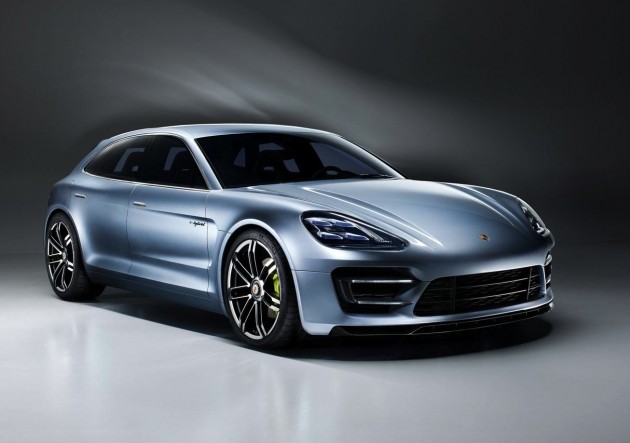 Designed as a wagon version of the company’s Panamera sedan, the Sport Concept gives us a preview of Porsche’s upcoming styling language. Porsche says,

“The body concept of the Panamera Sport Turismo is an outlook on a possible Porsche sports car of tomorrow: The overhangs are short, and the boot lid is large – both sporty and functional.”

At the front, there’s aggressive vents in the corners of the bumper bar, while the horizontal lines and contours accentuate the concept’s wide and low profile. Measuring 1990mm in width and just 1401mm in height, it’s easily wider than it is tall. The front also gets a set of sharp LED headlights. 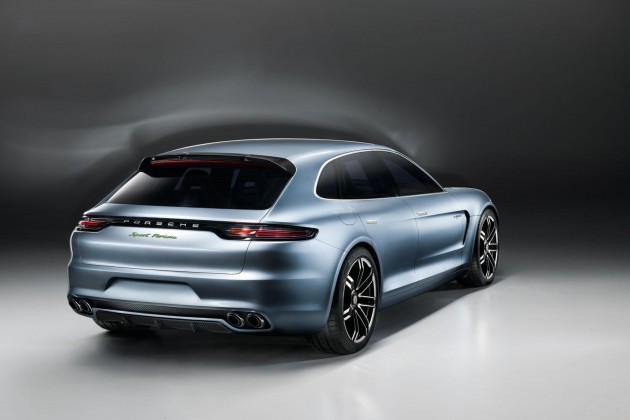 Focusing on the back, the Panamera Sport Concept gets LED taillights, a nicely curved rear hatch blending down into a neat rear diffuser, while the ‘Porsche’ badge in the middle is set in a black panel, sculptured in a three-dimensional style.

Power for the Sport Concept comes from an ‘e-hybrid’ plugin hybrid powertrain producing an overall output of 306kW. Porsche says the car can be driven on electric power alone at speeds up to 130km/h, for a distance of 30km.

Specifically, propulsion is made up of a 3.0-litre V6 offering 245kW, and an electric motor adding a further 70kW. Acceleration from 0-100km/h is taken care of in under 6.0 seconds.