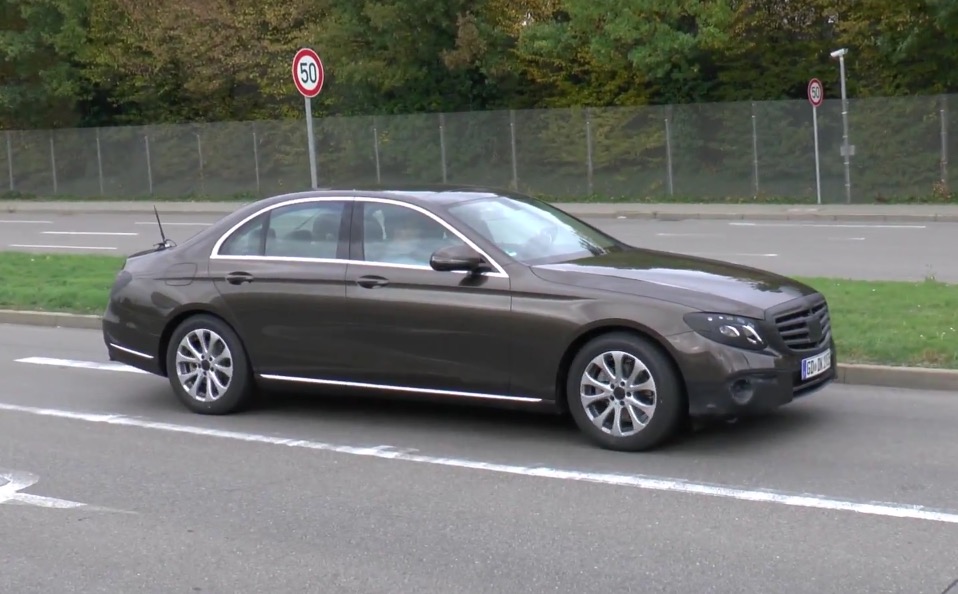 An almost undisguised prototype of the 2016 W213 Mercedes-Benz E-Class has been spotted out and about in Germany, showing the new body design in the clearest view yet. 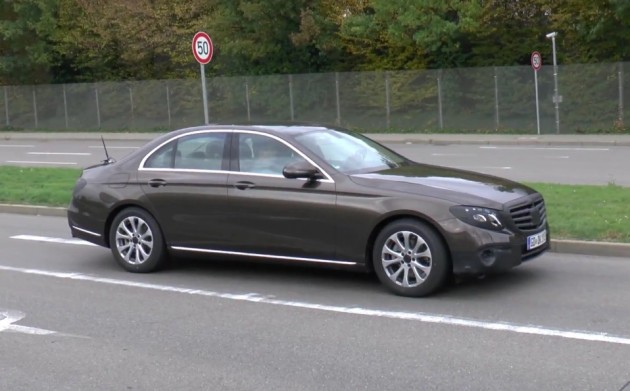 The test mule looks like an enlarged version of the latest C-Class, and that’s exactly the design direction Mercedes is likely to take. We can expect more rounded panel edges, particularly the door skins and around the taillight area, a more curvaceous roofline than the current model, and some new headlights and grille arrangement at the front.

Underneath it all the W213 E-Class is set to use a new platform called the MRA, which is also used on the C-Class. With this there’s word of a slightly longer wheelbase than the current E-Class to allow for even more cabin space.

It’s understood the new platform will also see the kerb weight drop, with talks of up to 150kg being shed. This would obviously contribute to improved efficiency, performance, and handling.

As with every new-generation E-Class, the 2016 model will showcase a number of highly advanced and automated-like technologies and more than a few class-firsts. There’s even speak of a special long-wheelbase Maybach version joining the lineup with super-luxury features.

More details are anticipated to roll out over the next month or two with a full debut possibly taking place at the Geneva show in March. It seems like it’s getting very close anyway, especially given the fact this prototype is wearing very little camouflage and looks almost ready for the showroom. Click play below to take a closer look.