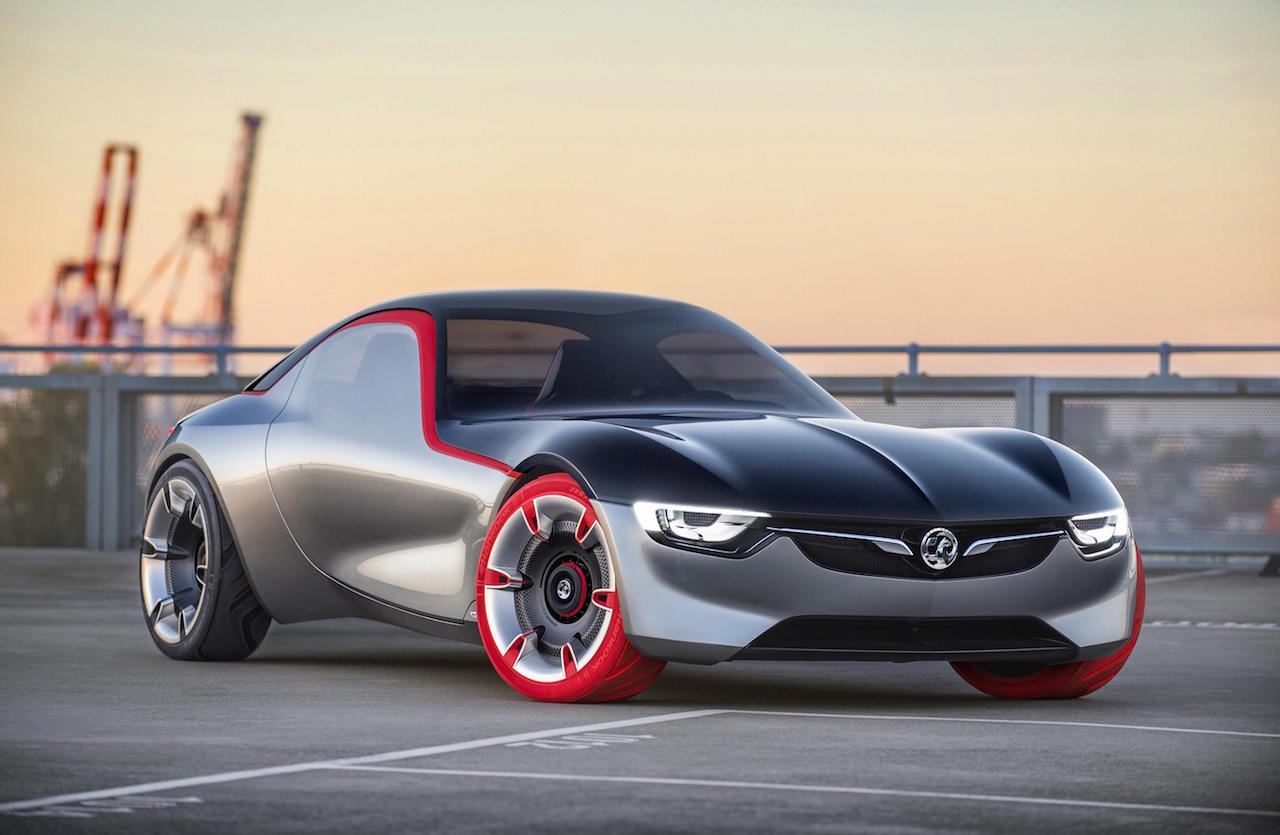 After numerous teasers, Opel has decided to unveil the new GT Concept sports car ahead of its public debut at the Geneva Motor Show in March. 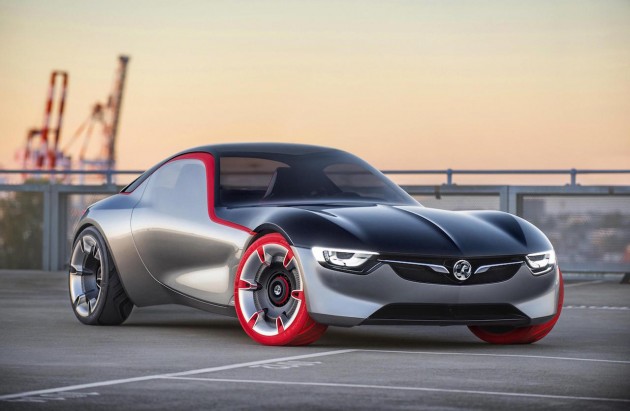 Opel describes it as “purebred, pared down, yet unashamedly avant-garde”. We’re not sure about that but it does possess quite a striking design with various very futuristic elements such as two-tone tyres.

Design highlights include shaved door handles and side mirrors, large electric doors with seamless windows operated via touch pad, cameras mounted behind the front wheels, and a windscreen that flows into a panoramic glass roof.

It’s all been designed under Mark Adams using the philosophy; “Sculptural Artistry meets Technical Precision”. The GT Concept is also inspired by the 1964 GT Concept, and the subsequent 1966 Vauxhall XVR and 1965 Opel Experimental GT. Adams said:

“In the mid-Sixties, Vauxhall and Opel created their own interpretations of a light-weight sports car – the XVR and the Experimental GT – both of which were thoroughly modern with dynamic sculptural forms. It’s certainly difficult to reinvent iconic concepts like these, but just as each was avant-garde back then, so too is this GT Concept today – absolutely pure, minimalistic, yet bold and uncompromising.”

As for the mechanical stuff, it uses a front-engine, rear-wheel drive layout with a 1.0-litre three-cylinder turbo. It develops 107kW and 205Nm, connected to a six-speed sequential transmission.

This might not seem like much but the concept only weighs 1000kg, translating to a 0-100km/h time in under 8.0 seconds and a maximum speed of 216km/h.

The GT Concept is just a concept at this stage, however, Opel says it is the vision of a future sports car. Could this be a GM rival for the popular Toyota 86? Let’s hope so.