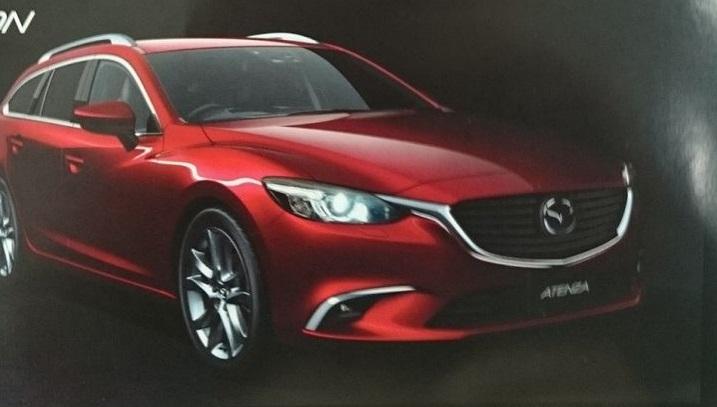 Some images of the soon-to-be-revealed Mazda6 facelift have surfaced online, showing a mild exterior design update more in line with the original Takeri concept car first revealed in 2011. 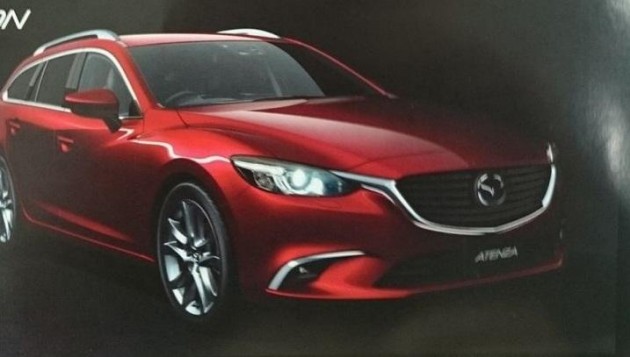 As you can see, the front end of the new model is well and truly falling under Mazda’s latest design language, with a more prominent aluminium-look underscoring along the bottom of the front grille, matching fog light cluster highlights, and revised headlights.

The rear end is updated too, but only mildly. As far as we can tell the taillights are slightly altered over the outgoing model’s design. Some trimming details might also be updated, however, it is hard to see in the relatively poor quality image.

Inside is where we can expect the biggest changes though. Mazda has redesigned the dash to include its new, more remote MZD Connect LCD screen interface, which sits atop the dash (rather than being embedded in like the current model), while the lower half and around the gear selector is more up-market with increased use of silver and grey-painted materials. Some added storage also seems to be added just behind the gear selector.

The vehicle detailed in the images is called the Ateza, which is the Japanese Domestic Market version of the Mazda6 we know here in Australia. All details and specifications will be revealed at the 2014 Los Angeles Auto Show starting November 21. Stay tuned for plenty of updates.