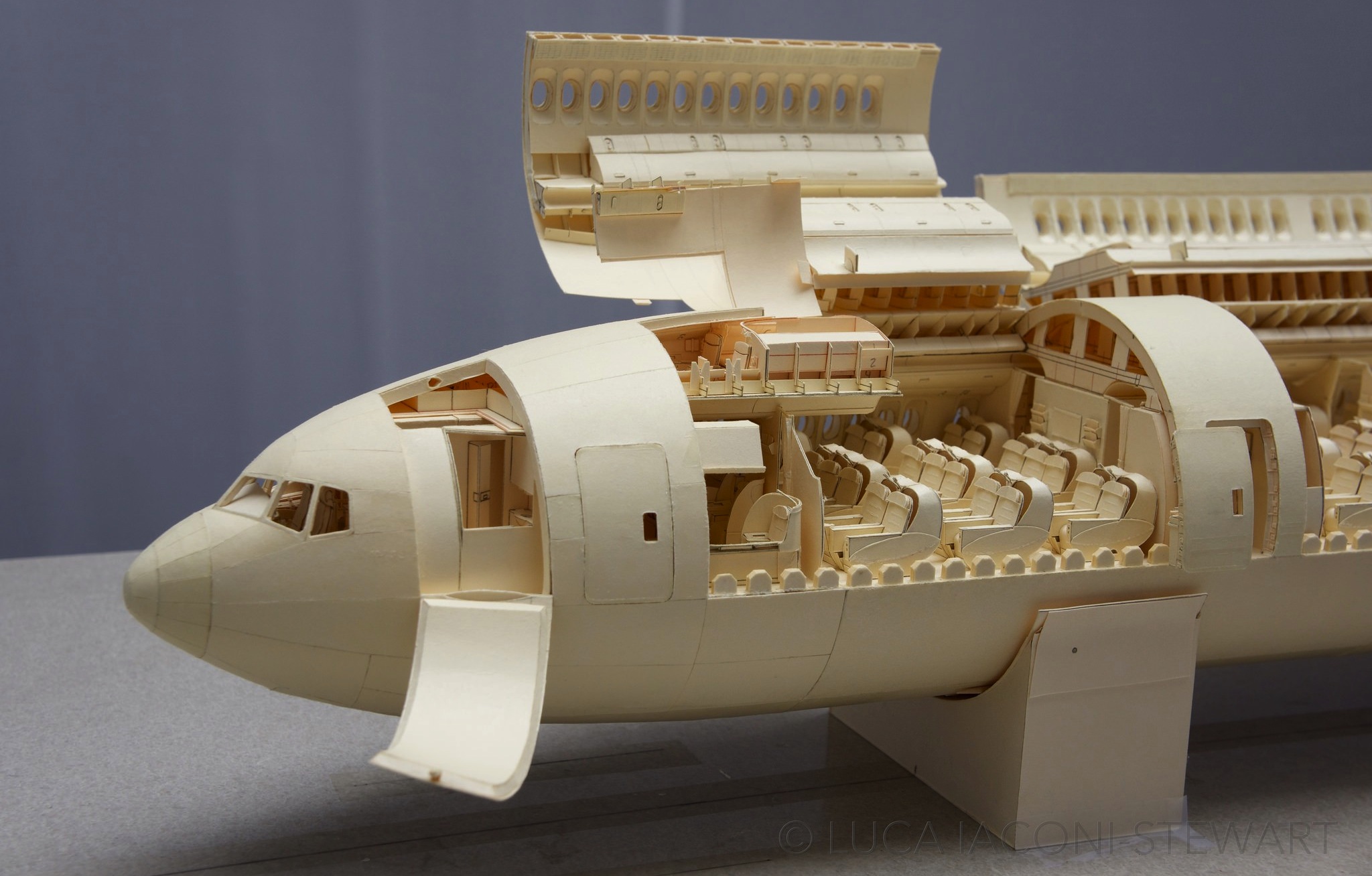 Some things look good on paper, while others look simply dazzling in paper. It was probably that happy little thought, together with his fascination for aircraft, that inspired Luca Iaconi-Stewart for his painstaking project. 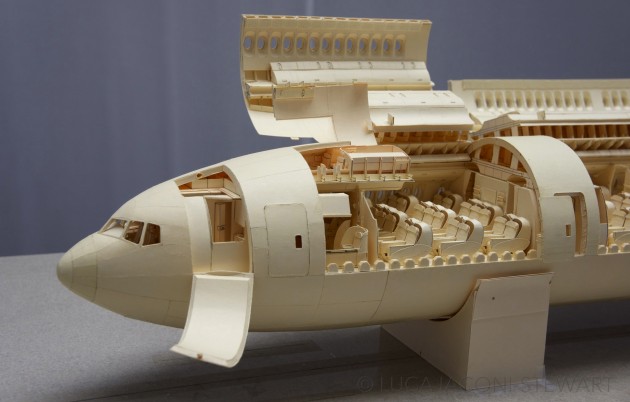 Since 2008, the 23-year old designer has found a highly original way to dispose of his superfluous manila folders – you know, those big yellow envelopes often emblazoned with ‘Top Secret’ in comic books. As a matter of fact, the San Francisco-based Iaconi-Stewart is currently converting them into a highly accurate 1:60 scale model of an Air India Boeing 777-300ER.

Many intricate drawings in Adobe Illustrator have preceded the final concretisation of the jet’s cabin, which reportedly took an entire summer to complete. When slid open, this paper capsule shows the expected different compartments housing economy, business and first class. What truly captures the eye, though, is the almost frightening focus on detail. That includes the meticulously chiselled lining on the pilots’ seats, the eerily precise fan blades in the engines and the distinct carvings in the flawlessly shaped wheels.

Via regular updates on his YouTube channel, the busy builder keeps the world posted on his latest paper achievements. In October, he launched the footage of his ‘Ultimate Load Test’, which assessed the solidity of the manila landing gear. An added five-pound weight (2.3 kg), the scale equivalent of over a million pounds (453,592kg), was meant to challenge the seemingly fragile material, but the sturdy construction did not budge an inch.

Iaconi-Stewart has already announced that he will eagerly embark upon a new handiwork adventure after his Boeing 777 is fully crafted. Even though that definitely sounds exciting, we still think the only planes featuring in our summertime are the ones that bring us to a sunny holiday destination.