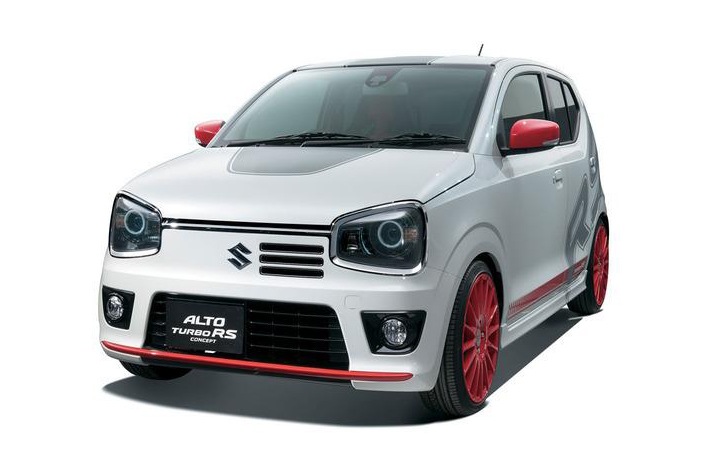 Micro cars might not be very common in Australia, but in Japan super-compact cars, or ‘Kei’ cars as they are called, are very popular to the point where sports models have potential. Introducing the new Suzuki Alto RS Turbo Concept. 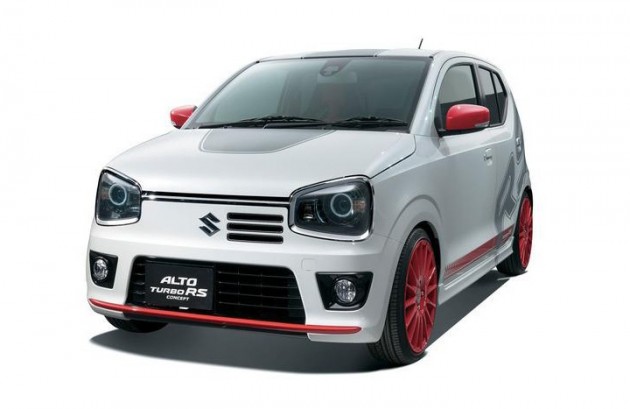 Suzuki is planning to unveil the sporty concept at the Tokyo Auto Salon next month, showcasing a number of performance-inspired highlights. It will form the basis for the next-gen Alto, built on an all-new compact car platform which is different (smaller) to the Australian-sold Suzuki Alto.

The RS Turbo shows off 17-inch O.Z. Racing alloy wheels painted in red, matching red side mirrors, and a unique red lip spoiler at the front. There’s also some giant RS decals plastered over the rear section of the car. We can also expect sports suspension and possibly bigger brakes.

In terms of under-bonnet hardware, Suzuki hasn’t revealed the official specs. It’s understood it will come with a turbocharged version of the standard 660cc three-cylinder engine. As a strict rule in Japan, Kei cars are not to produce any more than 47kW, which probably means this will develop about that.

It is only a concept at this stage, so engineers would have been given a degree of freedom to do what they like. A production model hasn’t been confirmed, although the next-gen Alto for the Japanese Domestic Market (JDM) will probably take some inspiration from the concept.

As for Australia, Suzuki will introduce a new compact model called the Celerio next year which will replace the Alto. This means the new, smaller Alto will likely be a JDM-only affair. The 2015 Tokyo Auto Salon starts on January 9.