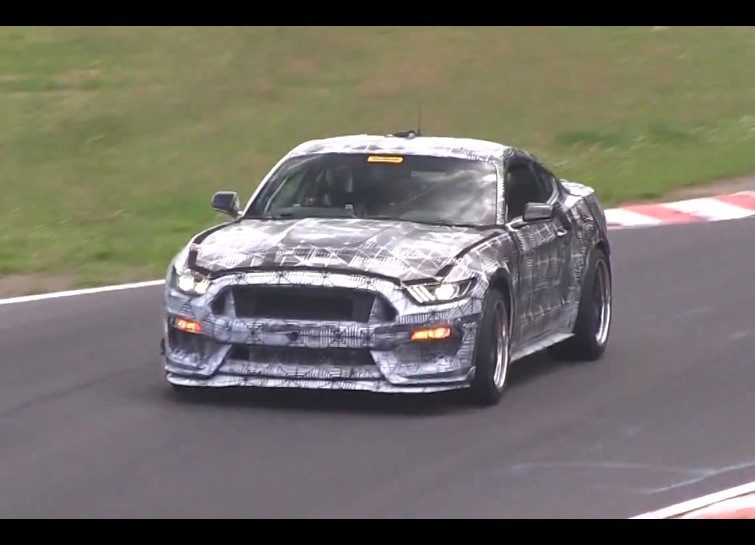 Ford has been spotted thrashing a prototype version of the new 2015 Ford Mustang GT350 out on the Nurburgring in Germany. This will be a more powerful, racier, and overall faster version of the hot new Mustang GT. 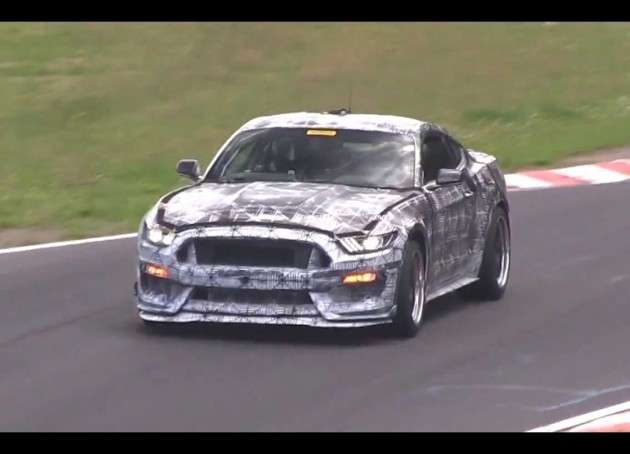 You just have to listen to the sound this beast makes to get a clue on how it goes. On the Nurburgring the Special Vehicle Team (SVT) are thought to be making some final tuning and adjustments to the upcoming performance model.

Under the bonnet is expected to house a revised version of the company’s 5.0-litre V8 engine, producing a lot more than the standard 324kW and 541Nm. This is likely to see 0-100km/h tumble below the 5.0 seconds mark.

It won’t be just about straight-line performance either, the new GT350 is set to come with vast aerodynamic enhancements to help it produce more downforce and grip harder around corners, as you can see in some of the details of this prototype. Special suspension and brakes will also be added to further improve overall performance.

An on sale date is slated for next year. In the meantime take a look at the video below, provided by TouriClips YouTube channel, for a preview of what to expect. It looks mega-fast out on the ‘Ring, don’t you think?