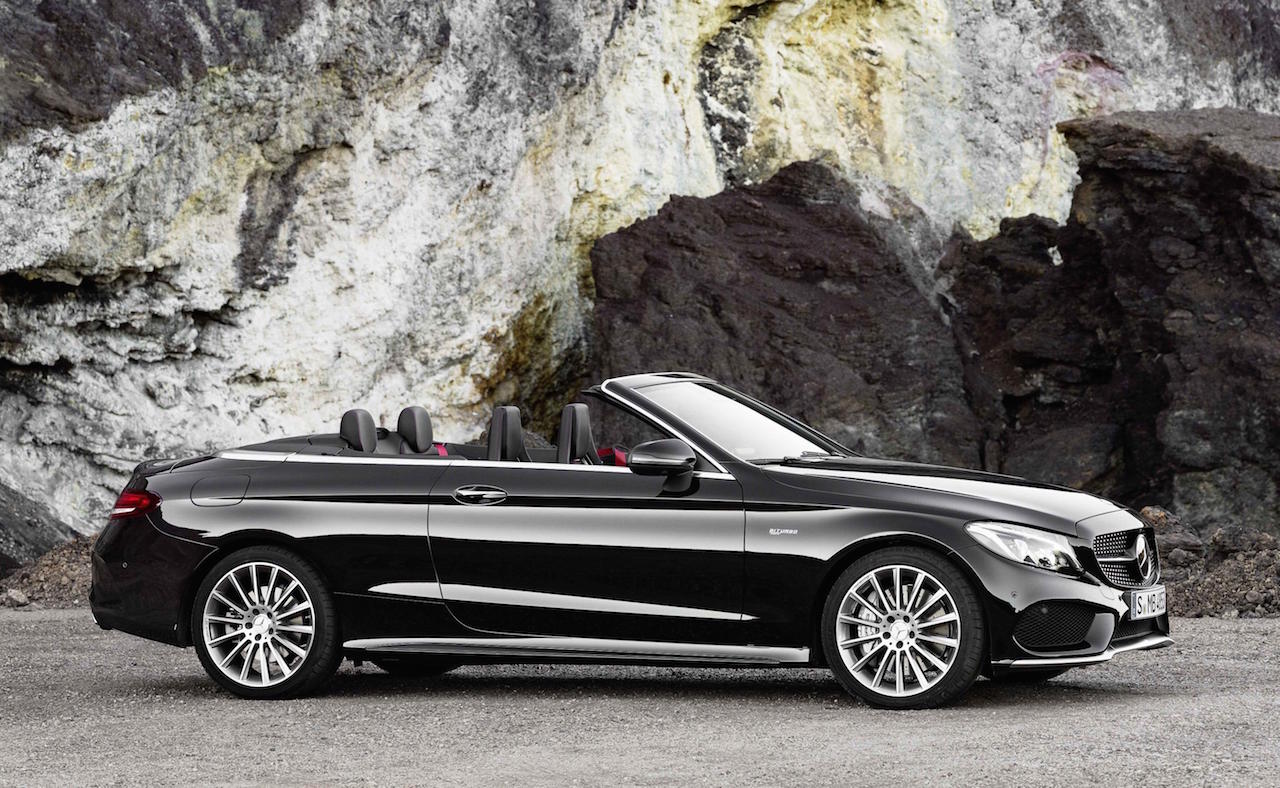 Mercedes-Benz has unveiled the new 2016 C-Class Cabriolet which makes its public debut at the Geneva Motor Show just getting under way now. 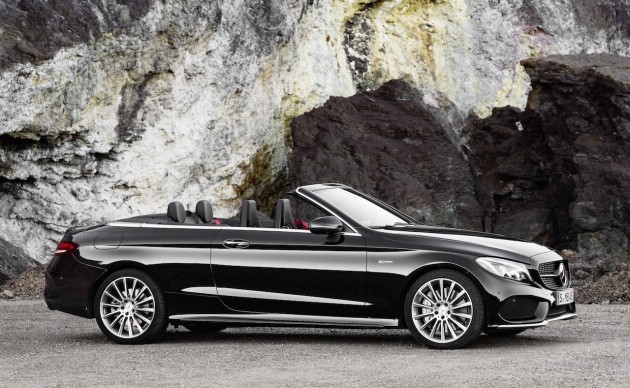 This is, as the name suggests, the sleek new drop-top version of the latest C-Class, and more closely related C-Class coupe. As suspected, the design is clearly inspired by the latest S-Class cabrio, adopting a similar styling language.

At the front you have the new-look headlights and grille featured on the coupe, while around at the back there’s a pair of flush LED taillights and a neat little diffuser section underneath.

To amplify the cabrio’s sleek low-profile theme, the new model sits 15mm lower to the ground thanks to bespoke suspension compared with the regular sedan. Mercedes says the elongated drooping line over the rear wheel arches emphasis its typical Mercedes design as well. Overall, the body offers a coefficient drag of 0.28.

Inside, there are a number of unique options buyers can go for, including five different shades of special heat-reflecting leather for the upholstery, as well as AIRSCRAF technology for neck-level heating, AIRCAP draught stop, and a soft-top roofliner available in black, porcelain, and crystal grey. Aluminium, carbon fibre, and glass is also optional for various in-cabin fixtures. 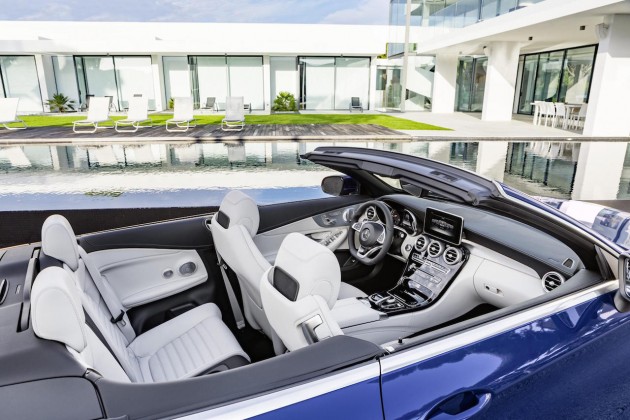 For the first time, the C-Class cabriolet is being offered with 4MATIC all-wheel drive. The system comes standard with the C 400 and C 43 AMG. These use a 3.0-litre twin-turbo V6 churning out 245kW/480Nm and 270kW/520Nm, respectively.

Mercedes-Benz Australia is yet to announce any local details, however, the drop-top is expected to arrive on the market later this year. Some variants are likely to be reserved for overseas markets only. See below for the 2016 C-Class cabriolet range (individual markets may vary):