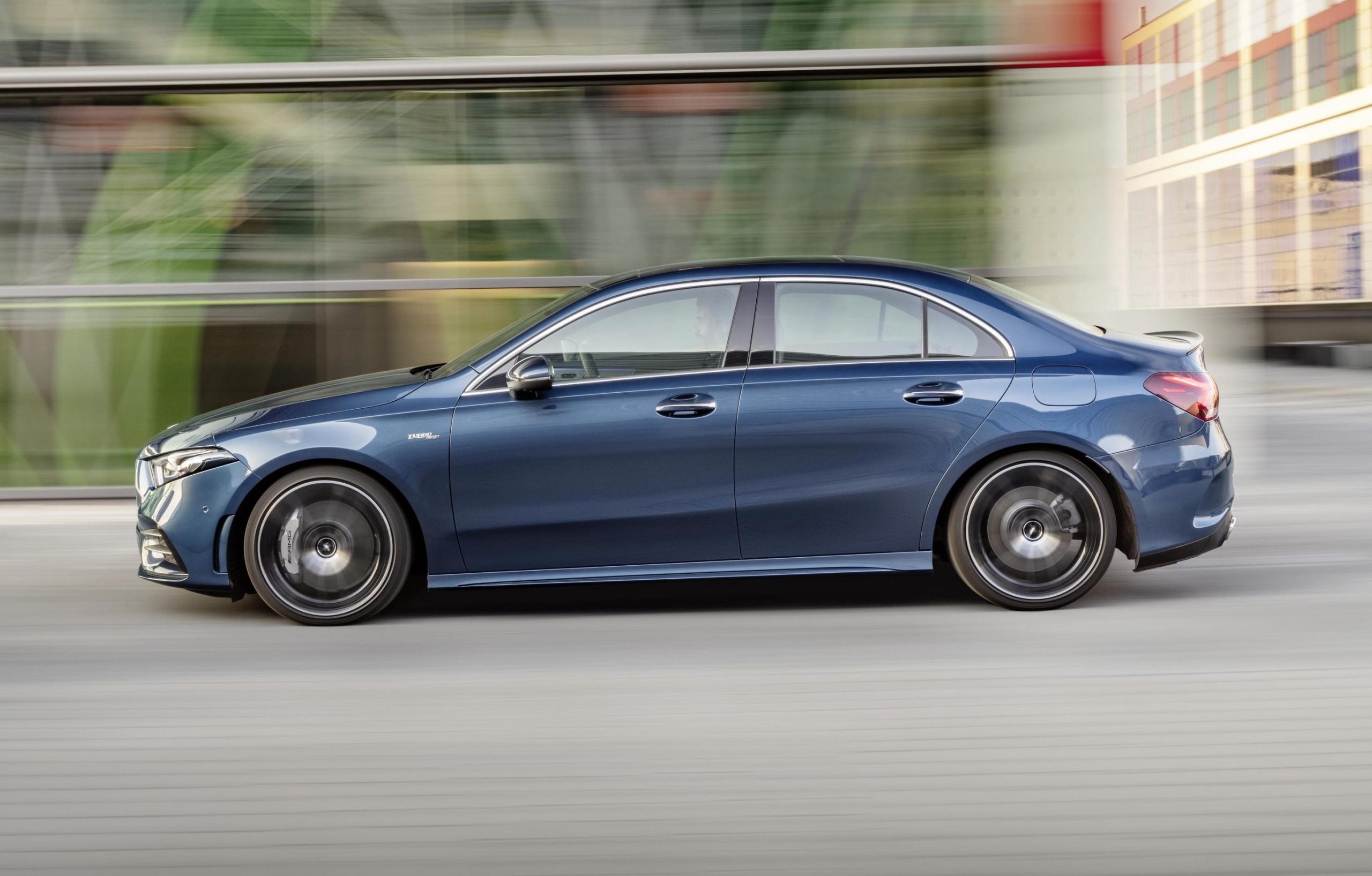 A new sporty four-door sedan has hit the scene, called the Mercedes-AMG A 35 Saloon. It’s the booted brother of the A 35 hatch that was revealed late last year. 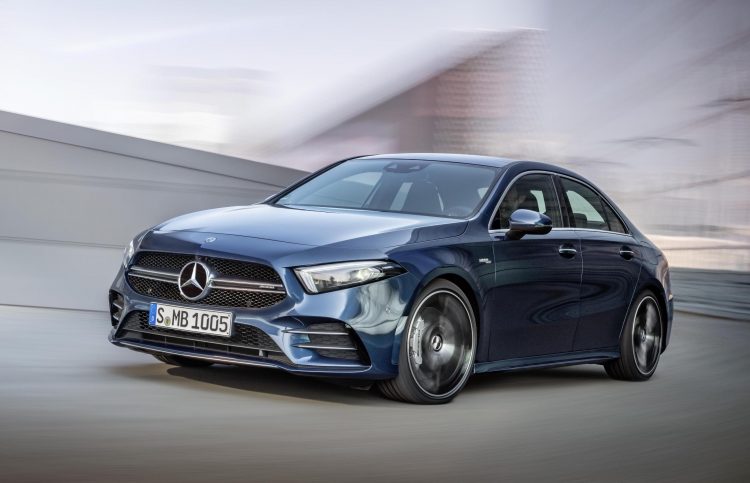 Power comes from the same 2.0-litre turbo four-cylinder engine as the hatch, producing 225kW and 400Nm. This is sent through a seven-speed dual-clutch auto transmission, and into an AMG-tuned 4Matic all-wheel drive system that is able to distribute 50:50 torque split between the front and rear axles.

Across the tarmac the little machine will cover 0-100km/h in a claimed 4.8 seconds, with a top speed electronically limited to 250km/h. Combined cycle fuel consumption is rated between 7.2-7.3L/100km, which is not bad at all considering the performance.

Being a product of AMG, the new A 35 sedan comes with a range of performance-focused highlights. For the exterior you get a semi-aggressive aero package including bespoke front and rear bumper bars, bigger intakes in the front end than the regular sedan, with a set of 18-inch alloy wheels or optional 19s completing the look. There’s also twin-outlet exhausts poking out from the rear. 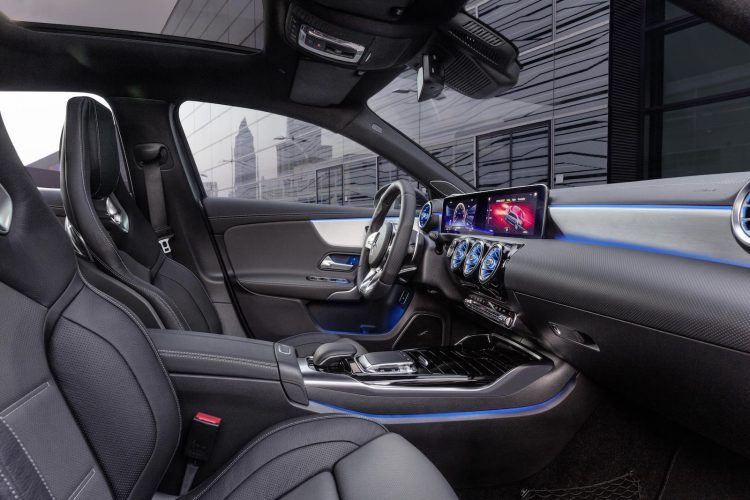 Like the regular model, the new A-Class sedan uses a 2729mm wheelbase. This helps to provide “top of its segment” headroom for rear-seat passengers, while the boot measures in at 420L. Hands-free boot access is optional, allowing users to open the boot by simply kicking a foot under the rear of the car.

As standard the A 35 comes with a new MBUX multimedia system including 3D graphics, two wide-screen displays, and advanced voice command prompted by saying “Hey Mercedes”. For the trim you can have ARTICO man-made leather with DINAMICA microfibre in black and red, or ARTICO in black and neva grey.

The new model will go on sale in the later stages of this year. Australian prices are yet to be confirmed.