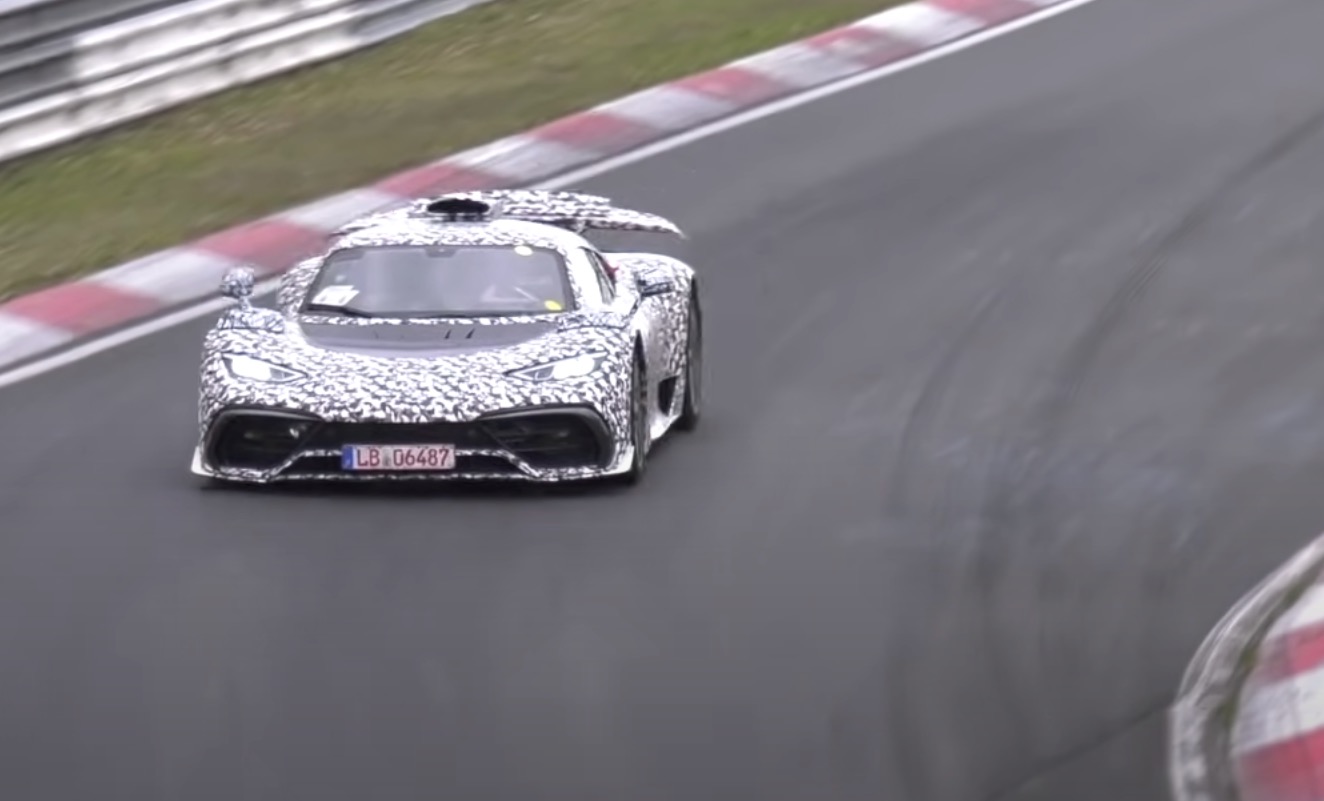 Mercedes-AMG has been spotted testing prototype versions of the insane Project One hypercar out on the Nurburgring in Germany. This is set to be as close as you can get to a road-going Formula 1 car. In test mule form, it certainly sounds like an F1 car. 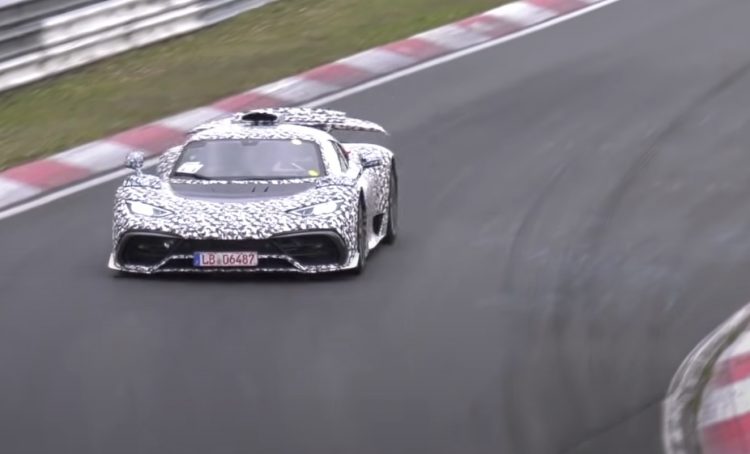 It is a bit quieter than an F1 car, obviously. After all, the AMG One will be a road-legal vehicle (in some markets). We haven’t heard much about it for a while now, but it looks like engineers are getting serious. Road testing usually follows initial lab tests and simulations, which means it is getting close to being finalised.

The target specs consist of a 1.6-litre turbocharged V6 engine, like a F1 car engine, paired with an electric motor assist system, like an F1 car. Combined, the output is set to be the magic 1000PS (736kW), with an ear-blasting redline of 11,000rpm.

As you can probably tell just by looking at it, the AMG One will showcase some very serious aero. There’s a huge central stabiliser fin that leads up to a massive rear wing, with active flaps and surfaces, and a chunky diffuser below. A big engine intake scoop runs over the roof like a Le Mans car. 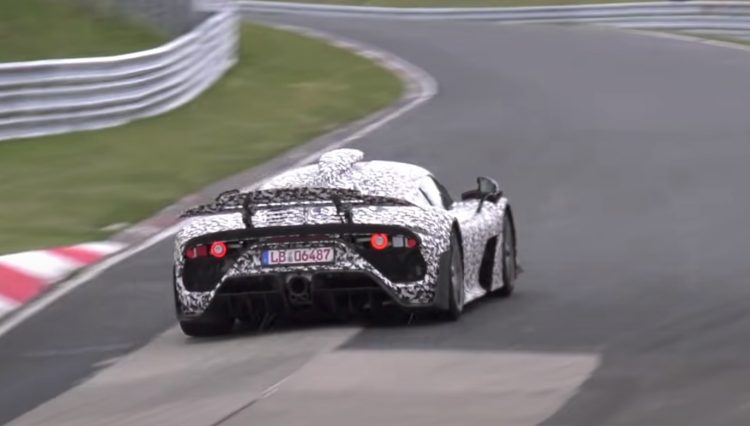 Last year, the company said its engineers are venturing into uncharted territory with the development of the One. It said the “adaptation of a complete Formula 1 drive unit for a hypercar with road approval” represents a “tremendous challenge”.

You can say that again. With ever-tightening emissions restrictions and safety regulations, it’s only getting harder and harder for car manufacturers to build and sell dream machines like this. In fact, our guess is the next-generation of hypercars after hybrids will be fully electric, perhaps losing a huge chunk of emotion and their overall appeal.

We’re expecting more and more prototype scoops like this over the coming months, especially as we enter the European summer. Click play below for a preview, and don’t forget to turn it up.