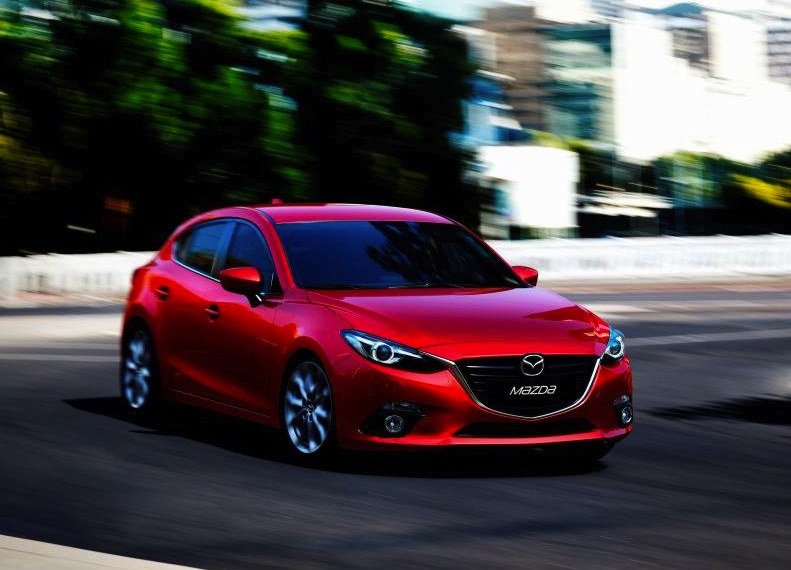 Mazda has pulled the wraps off the all-new 2014 Mazda3. This is the third-generation 3, and it’s now more efficient and more powerful than ever before. It’s also quite an attractive piece for the humdrum small car segment. 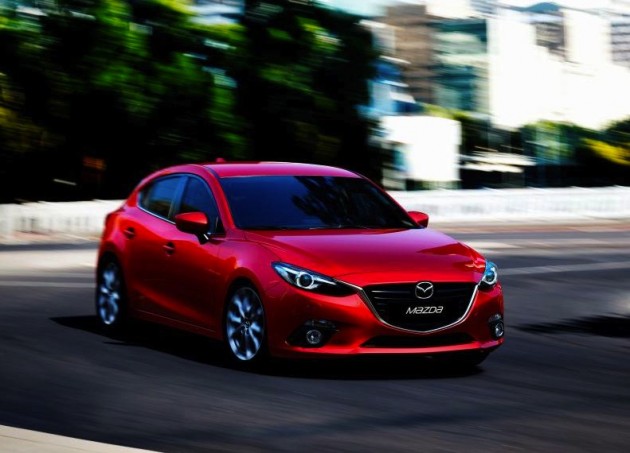 Showcasing Mazda’s latest KODO design language, you can clearly see the modern ques in every detail. There’s the new grille layout at the front for starters, a layout which can already be seen on the latest Mazda6, CX-5, and new CX-9. From there, the panels are more curvy yet feature sharp contour lines with pronounced wheel arches front and rear.

So what about the technology, you might ask? The new version of Australia’s best-selling car features a seven-inch multimedia tablet on the dash for the first time, with a joystick-style control knob near the gear lever. It offers satellite navigation, email, and SMS connectivity.

Some variants will also come with a futuristic head-up display, which is beamed onto a small clear plastic panel that pokes up just ahead of the steering wheel (see below). The ‘Active Driving Display’ will project speed, navigation and other driving information. 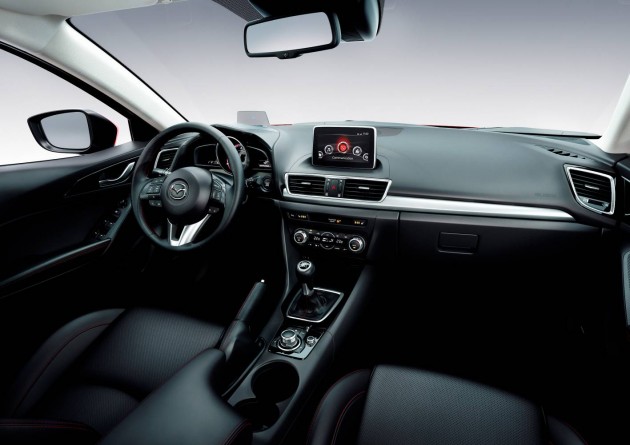 In terms of mechanical technology, Mazda engineering have managed to shed around 50-100kg from the 3’s weight. This comes thanks to advanced construction materials and methods, falling under the SkyActiv philosophy.

Although the new model hasn’t particularly grown in size, it is filled with more gear. The overall length remains the same, but the wheelbase is extended for more cabin space and reduced front and rear overhangs. 40mm has also been added to the width for more cabin space. 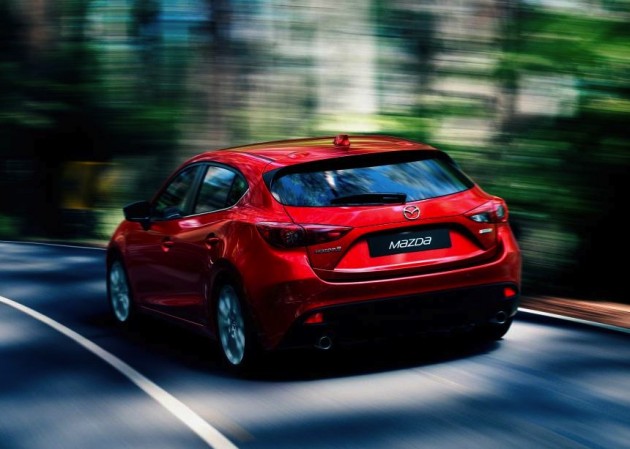 Fuel economy for the base model is tipped to dip below 6.0L/100km, which would make it vastly more economical than the current best-of-the-bunch 7.9L/100km rating.

Variant details, prices, and specifics for the Australian market are yet to be finalised. The new model will go on sale early in 2014.