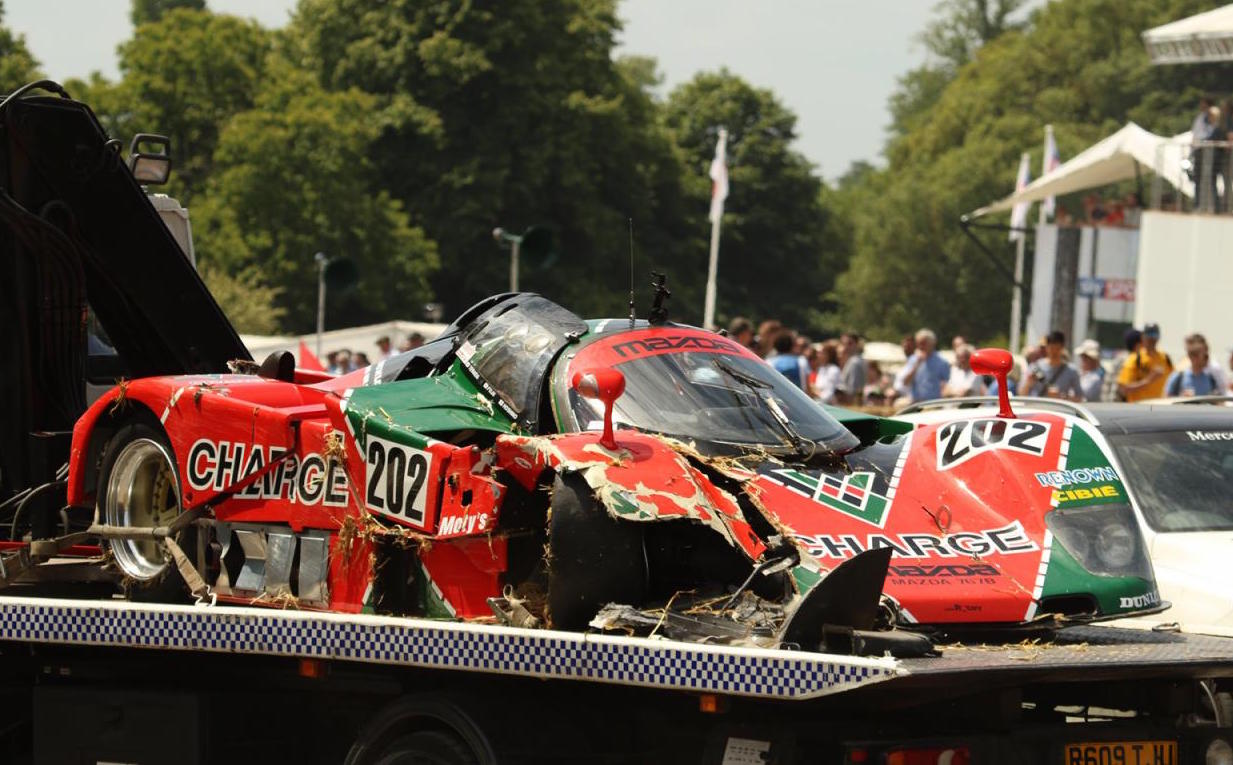 The car world lost a good friend today, with a 1989 Mazda 767b Le Mans race car tragically crashing out of the annual Goodwood Festival of Speed hill climb event. 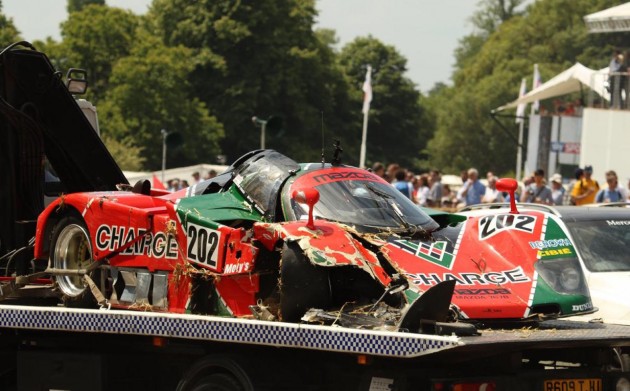 Seniji Hoshino was behind the wheel for a timed sprint of the iconic climb, escaping the incident with only minor injuries.

The Mazda 767b has a long and illustrious racing pedigree. Despite lacking the overall pace of some of its competitors, the Mazda’s reliability played a massive part in its 24 Hours of Le Mans victory in the GTP class in 1989.

It was also one of the last race cars to be powered by a rotary engine, and it remains the only Japanese vehicle and the only rotary-powered vehicle to win at Le Mans.

Power could be tuned up to 671kW/607Nm with its quad-rotor engine, but this was taken back to the 521kW mark for better reliability.

More photos can be found at Jalopnik.com