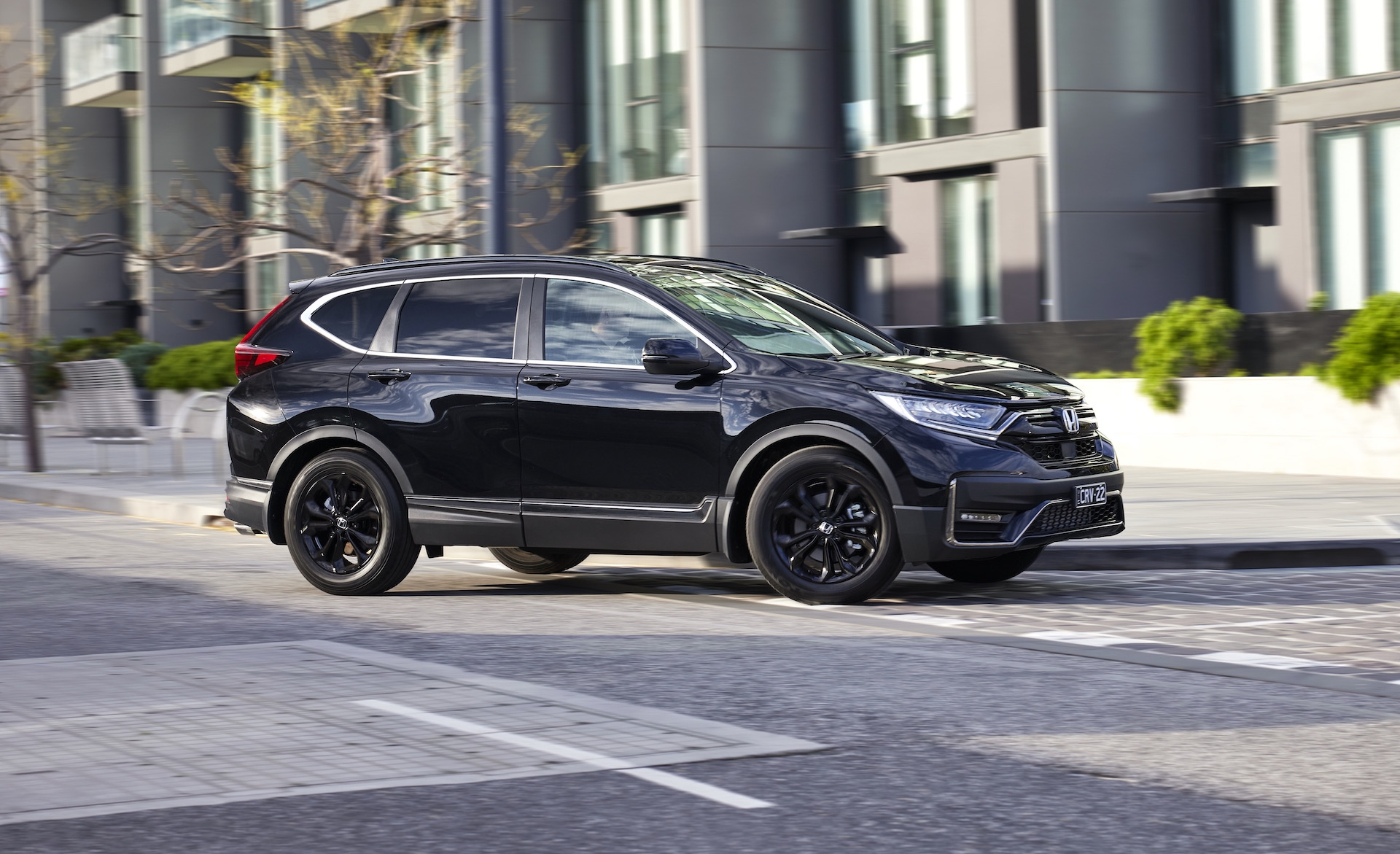 Honda has revealed that two special edition variants will be added to its CR-V lineup for MY2022, with the CR-V Black Edition and the three-row CR-V VTi 7 +Luxe joining the ranks of its mid-size SUV team. 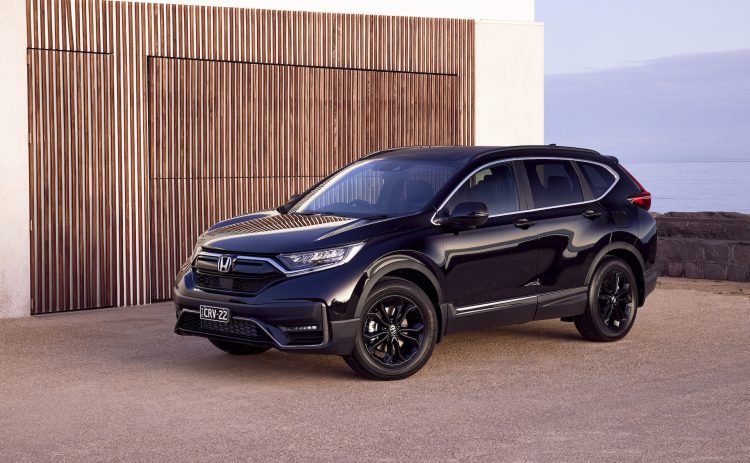 Before the debut of a brand-new CR-V in just a few weeks’ time, Honda is looking win over buyers with the addition of two new variants, one of which receives predominantly visual enhancements, while a seven-seat variant adds a heaping of premium features for large families.

Priced from $44,600, the CR-V Black Edition is based on the VTi variant with, as the name suggests, a number of blacked-out exterior styling tweaks added, along with a revised front grille and some dark wood finishes for the interior.

Atop the VTi, the Black Edition receives a set of blacked-out 18-inch alloy wheels, a leather-wrapped steering wheel in combination with a set of heated leather seats, LED headlights with active cornering, LED fog lights, black mirrors and roof rails, with the dark visual treatment covering the switchgear and dashboard. There’s also an updated version of the CR-V’s blind-spot monitoring system nicknamed LaneWatch. 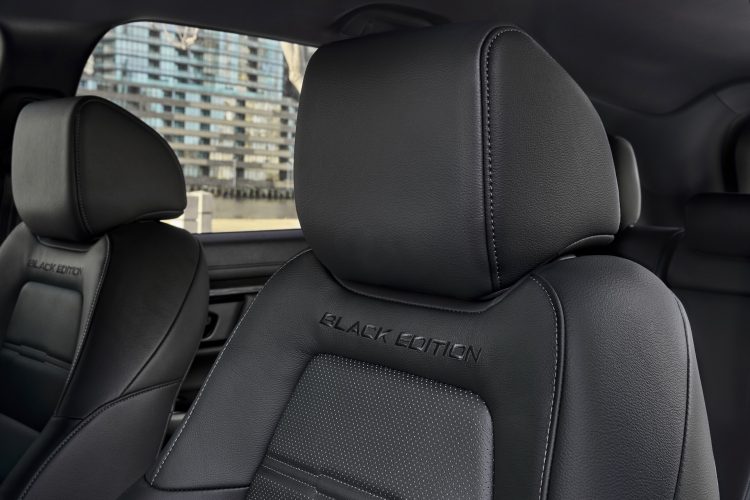 Priced from $43,700, the family-friendly seven-seat CR-V VTi 7 +Luxe builds on the specifications of the existing VTi 7 while adding a more premium leather upholstery, and heated front seats with an eight-way adjustable driver’s seat. Honda has positioned the special edition below the VTi L7 which gains a set of LED headlights, panoramic sunroof and wireless smartphone charging.

The VTi 7 +Luxe is available in a choice of five colour finishes, including Meteroid Grey, Platinum White, Lunar Silver, Ignite Red and Cosmic Blue, while the Black Edition can be optioned in Crystal Black or Platinum White for a nice contrast.

Both variants are powered by the existing 1.5-litre VTEC turbocharged petrol four-cylinder powertrain which kicks up 140kW of power and 240Nm of torque, sent to a CVT automatic. Full prices for the MY22 CR-V lineup can be found below (excludes on-road costs): 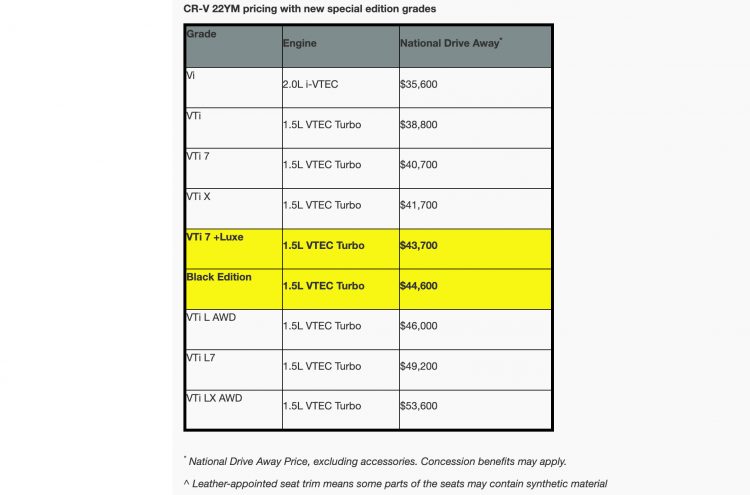