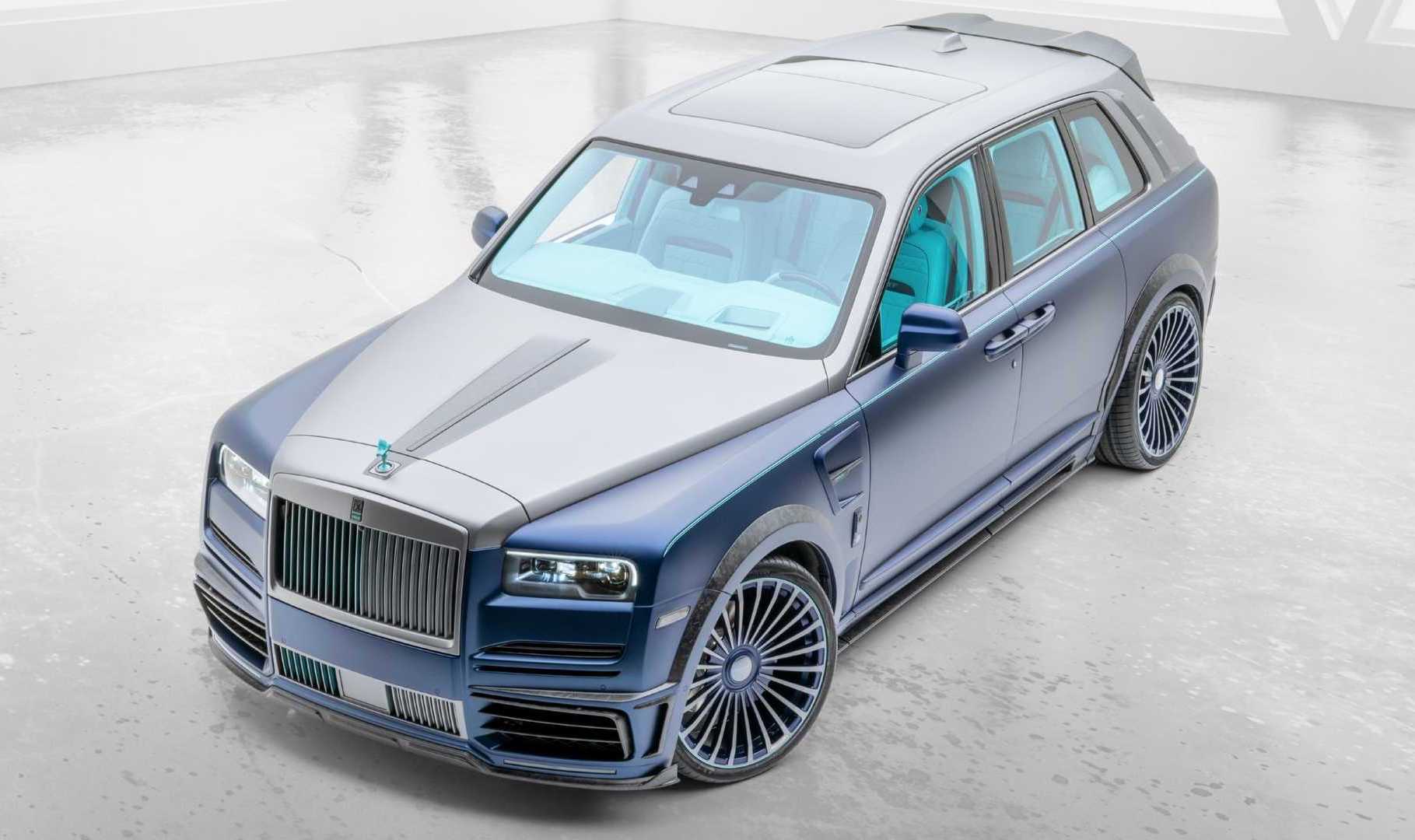 Here’s an SUV that is certain to attract plenty of attention no matter where it goes. It’s the Coastline tuning package for the Rolls-Royce Cullinan by German firm Mansory. 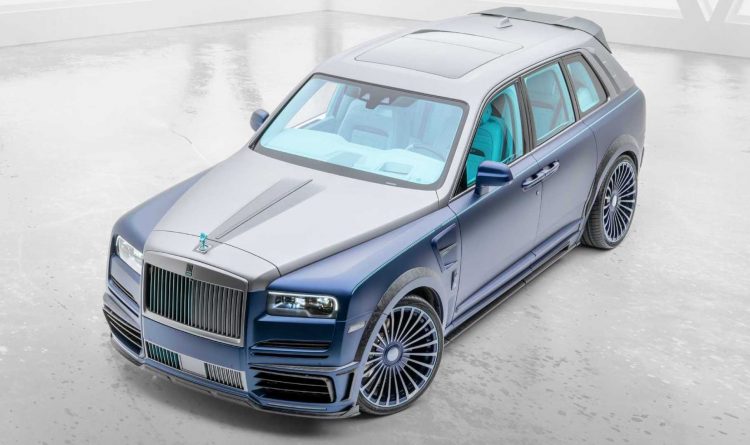 The Cullinan is already regarded as the most extravagant and most luxurious SUV on the market. But obviously that’s not enough for some people. So, Mansory has devised a complete cosmetic and powertrain upgrade package to further boost the SUV’s presence, performance and style.

At the front is a bespoke bumper bar with new corner vent clusters, side winglets, a carbon fibre bonnet, and an extended central grille. Custom front guards with bolstered aches are also added on, while a surprisingly racy set of side vents are formed into the guards. 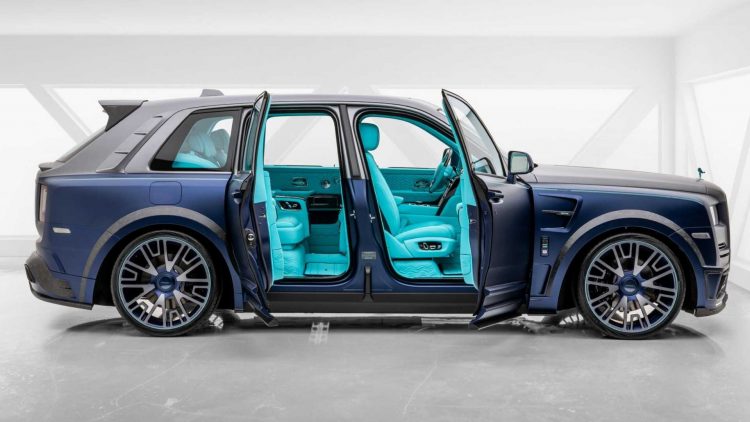 Along the sides you might notice the discreet yet sporty side skirts, with some more vents for the D-pillar. Around at the back there is a lot going on. You’ve got a big spoiler up the top, a lip spoiler in the middle of the tailgate, and a chunky new bumper bar that features integrated quad-outlet exhausts and a central diffuser.

The interior doesn’t miss out. Passengers will be instantly blown away by the bright aqua blue upholstery. It extends across pretty much all surfaces, and kind of matches the Ocean Blue and Secret Silver exterior theme. 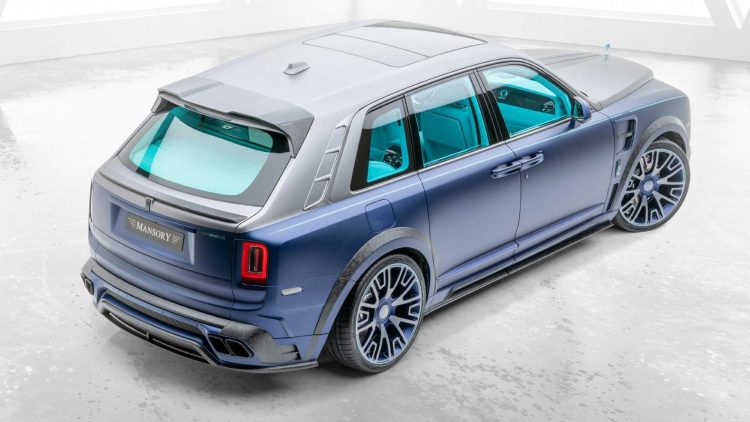 As for the under-bonnet hardware, Mansory has a solution for whatever problem the standard engine might have for some. The 6.75-litre twin-turbo V12 usually produces 420kW and 850Nm, in standard form. That’s enough grunt to dust off 0-100km/h in a claimed 5.1 seconds. Mansory proposes a tune that lifts this to 448kW and 950Nm.

Interested? Well, Mansory will be happy to transform your Cullinan to look exactly like this, or we’re sure they will be happy to customise bits and pieces to your tastes as well. Check out the video below for more.