Chevrolet has lifted the lid on engine details for the upcoming 2014 Chevrolet Corvette C7, previewed in teaser images earlier this week. The new model will get a 6.2-litre LT1 Gen 5 small block V8. 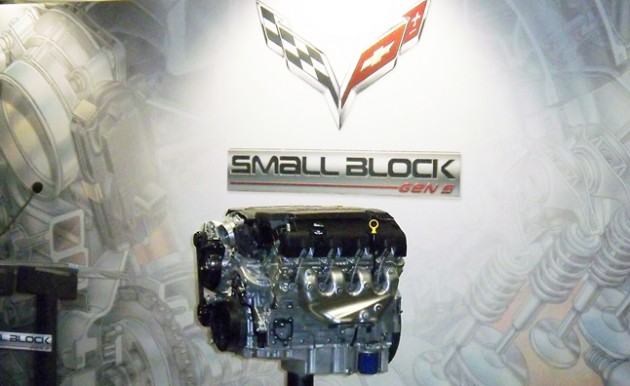 The engine, General Motors says, is 99 per cent completely new. It comes with technologies such as direct injection and cylinder deactivation, as well as variable valve timing to make best use of the capacity.

Official specifications are yet to be finalised, however the company has said it will produce more than 336kW and 610Nm of torque. This will allow the new ‘Vette to sprint from 0-60mph (97km/h) in under four seconds.

In terms of the technologies, a number of these are put in place to help save fuel. Chevrolet says that the new cylinder-deactivation system has been improved with smoother operation and less noise as well. The end result is an average consumption rating of around 9.0L/100km.

The new model will be revealed in full at the 2013 North American Auto Show in Detroit in January.