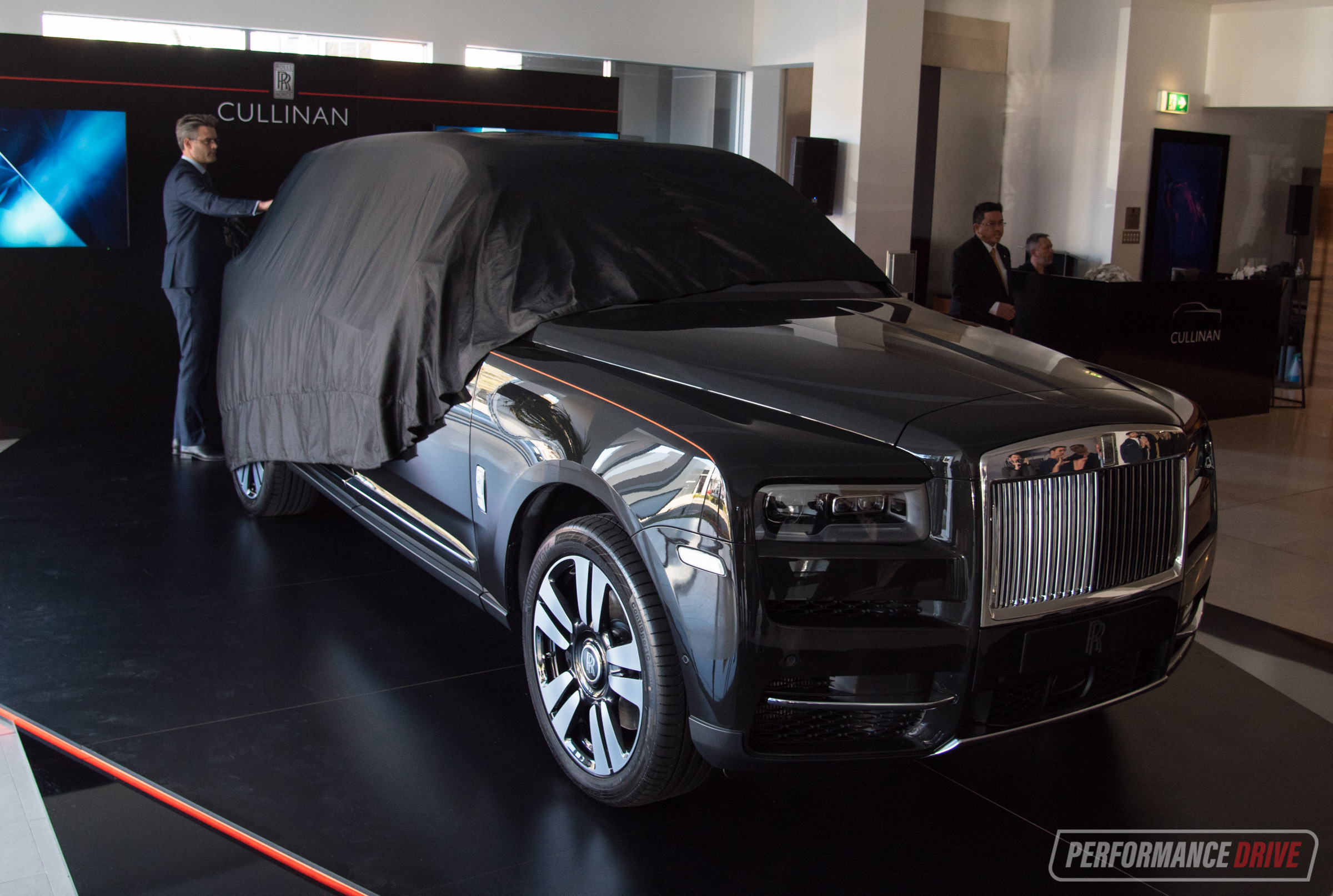 Following the unveiling of the intensely impressive Rolls-Royce Cullinan SUV a couple of months ago, a pre-production version has been shipped over and has just made its Australian debut in Sydney today. 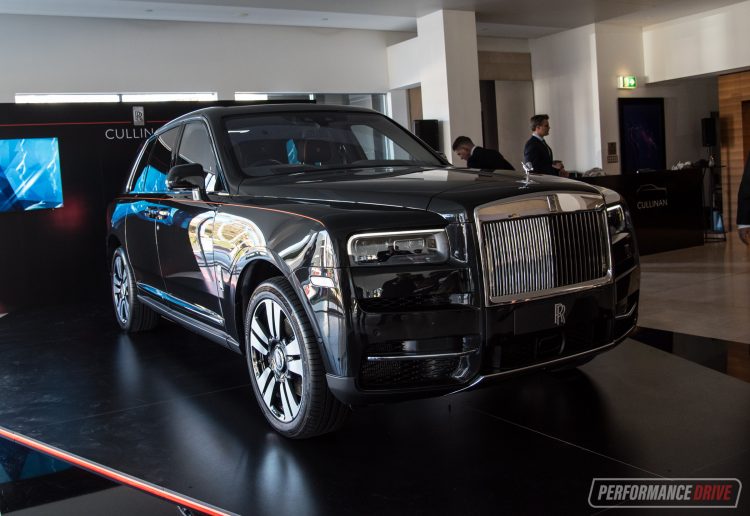 The first thing that hits you when looking at the Cullinan – named after the world’s largest diamond ever found, appropriately – is the sheer presence of this gigantic, majestic all-terrain land yacht. Standing at 5.34 metres long, it’s actually 30cm longer than a Range Rover Vogue.

Unlike the Ghost and Wraith, which are loosely based on the BMW 7 Series platform, the Cullinan is underpinned by a bespoke layout – called “Architecture of Luxury” – which was initially developed for the new Phantom. However, Rolls-Royce has made significant changes so the Cullinan is suitable for off-road driving. As such, it uses bespoke air suspension that promises unrivalled ride quality and comfort. 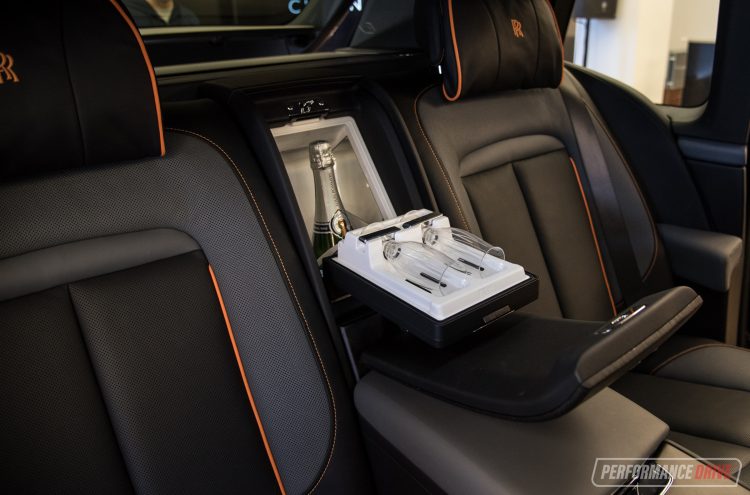 Sitting in the back is where you want to be. Firstly, you kinda want to take your shoes off before you get in, as the carpet mats are plusher than the carpet in your dinning room. Buyers can select between a four-seat option with just two seats in the back, or a more practical five-seat layout.

The vehicle unveiled in Sydney today has the four-seat option. This gets you a personal centre console that runs through the middle, complete with a wine cooler and crystal flutes. Actually, what are we saying. You don’t drink wine in this car. Champagne cooler, we mean. 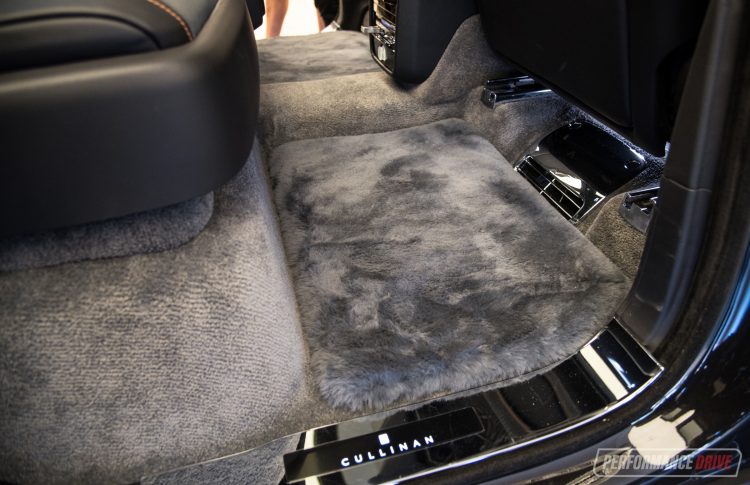 On the backs of the front seats are two separate LCD media interfaces that you can do business on or simply sit back and watch a movie, with a fold-away tray table that lowers and rises at the touch of a button. In the four-seat configuration the cargo space is completely sealed off from the cabin. This is so when your driver gets out to pack away your luggage the weather outside doesn’t make it into the cabin. 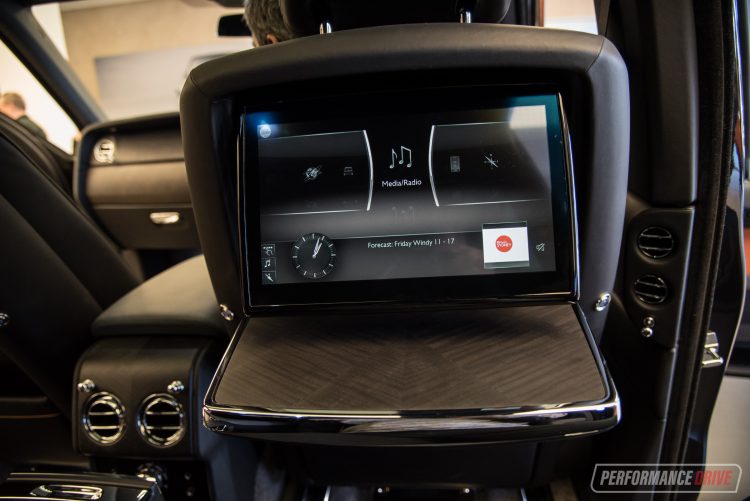 There’s also the trademark tailor-made umbrellas that are stored within the reverse-hinge rear doors. The umbrella has apparently been crash tested, and it’s positioned on the outside of the door frame so your driver can access it without opening your door. Yep, that level of detail. Check out the seat rails too, even they are immaculately finished in chrome. 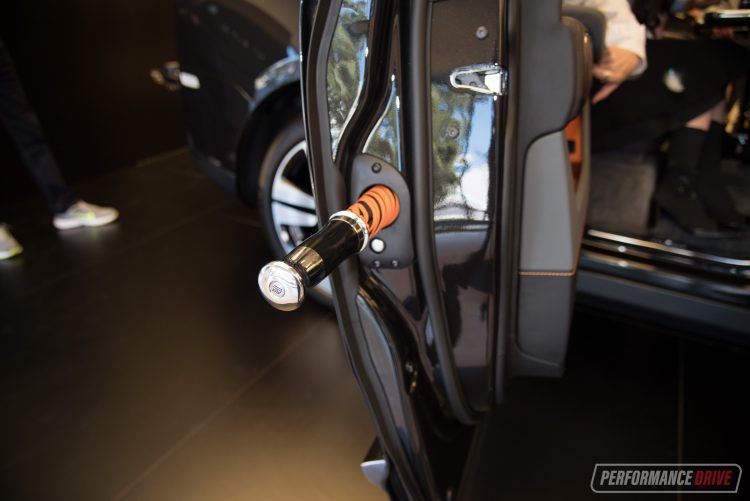 As for the motor that propels this magnificent machine. Under the huge bonnet is a 6.75-litre twin-turbo V12 engine – the only V12 SUV currently on the market – producing 420kW and 850Nm. This is sent through a smooth-shifting eight-speed automatic and fed into a four-wheel drive system. Acceleration across 0-100km/h takes 5.1 seconds, and the official average fuel economy is 15L/100km. Is it heavy? Of course. It weighs in at 2660kg. 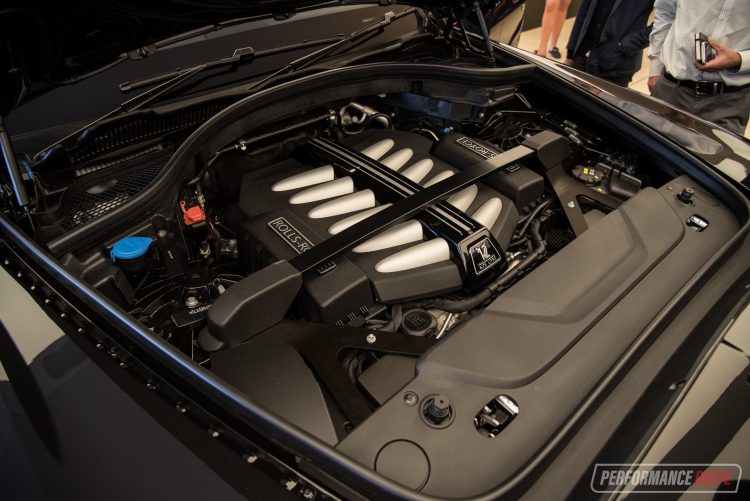 So, how much are we talking here? The Rolls-Royce Cullinan starts from $685,000 in Australia. However, this is before you start to personalise things and get your own colours and appointments fitted.

During 2017 Rolls-Royce sold 45 cars in Australia, up 21.6 per cent on 2016. This figure is expected to increase by quite a bit thanks to the SUV, especially as the company is finding the new model is already drawing in all new customers to the brand.