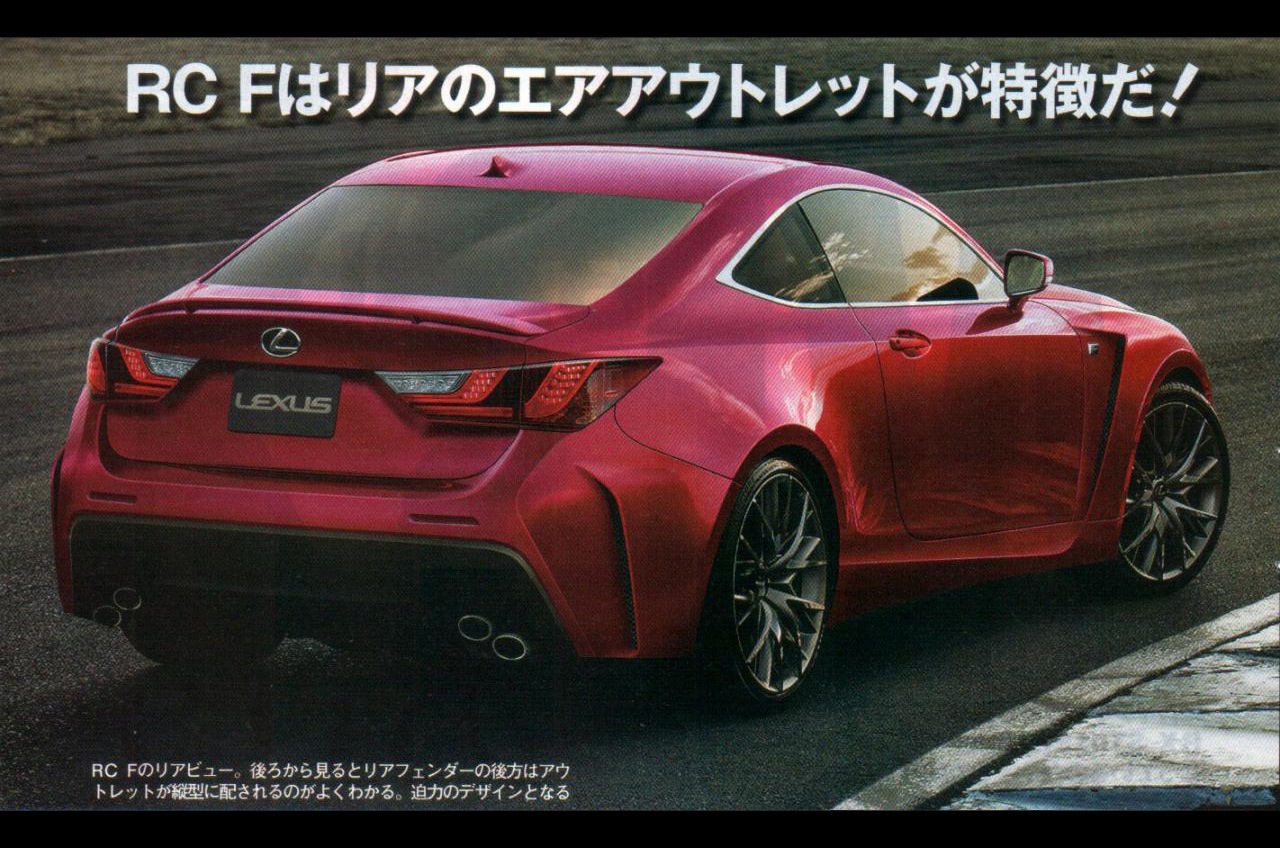 Some interesting images depicting a production version of a Lexus ‘RC F’ sports coupe have surfaced, potentially revealing a muscly successor to the IS F. 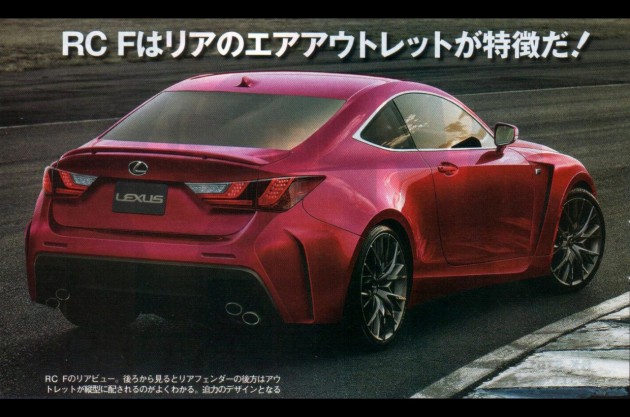 The images were recently shown in an issue of Best Car magazine in Japan. While they look quite legitimate, it’s possible they are rendered speculations only. If they are real, we could be in for something truly special.

The front takes on an aggressive form of Lexus’s latest design language, with a sharp set of headlights and that big ‘spindle’ grille layout. Around at the back is where things get even more exciting, with big vertical side vents, a chunky diffuser, and hugely fat bulging wheel arches.

Lexus has been spotted testing prototype versions of a new sports coupe out on the Nurburgring in Germany. It’s understood Lexus is looking to delve into the high-performance coupe market with a two-door version of the IS F. The new model will reportedly wear an ‘RC F’ badge.

Under the bonnet, what sounds like a throaty V8 engine has been heard belching from within the prototype. Lexus ‘F’ vehicles, including the V6 IS 350 F Sport, come with a variable intake manifold, giving off a distinct roaring induction noise which actually sounds similar in the V8 and V6.

According to overseas reports, the RC F could come with a slightly tweaked and more efficient version of the 5.0-litre naturally aspirated V8 engine seen in the IS F. Power could top around 340kW (up from 311kW) with torque pitched to hit 543Nm (up from 505Nm). The engine is set to come with cylinder-deactivation technology to improve economy.

As for the transmission, Lexus isn’t expected to launch a dual-clutch auto any time soon, instead, sticking with its excellent eight-speed sports automatic as seen in the current IS F and new IS 350.

If the images are authentic, we could very well see the full deal – IS coupe or RC F, whatever it ends up being called – at the North American International Auto Show in January. A market introduction would take place soon after.