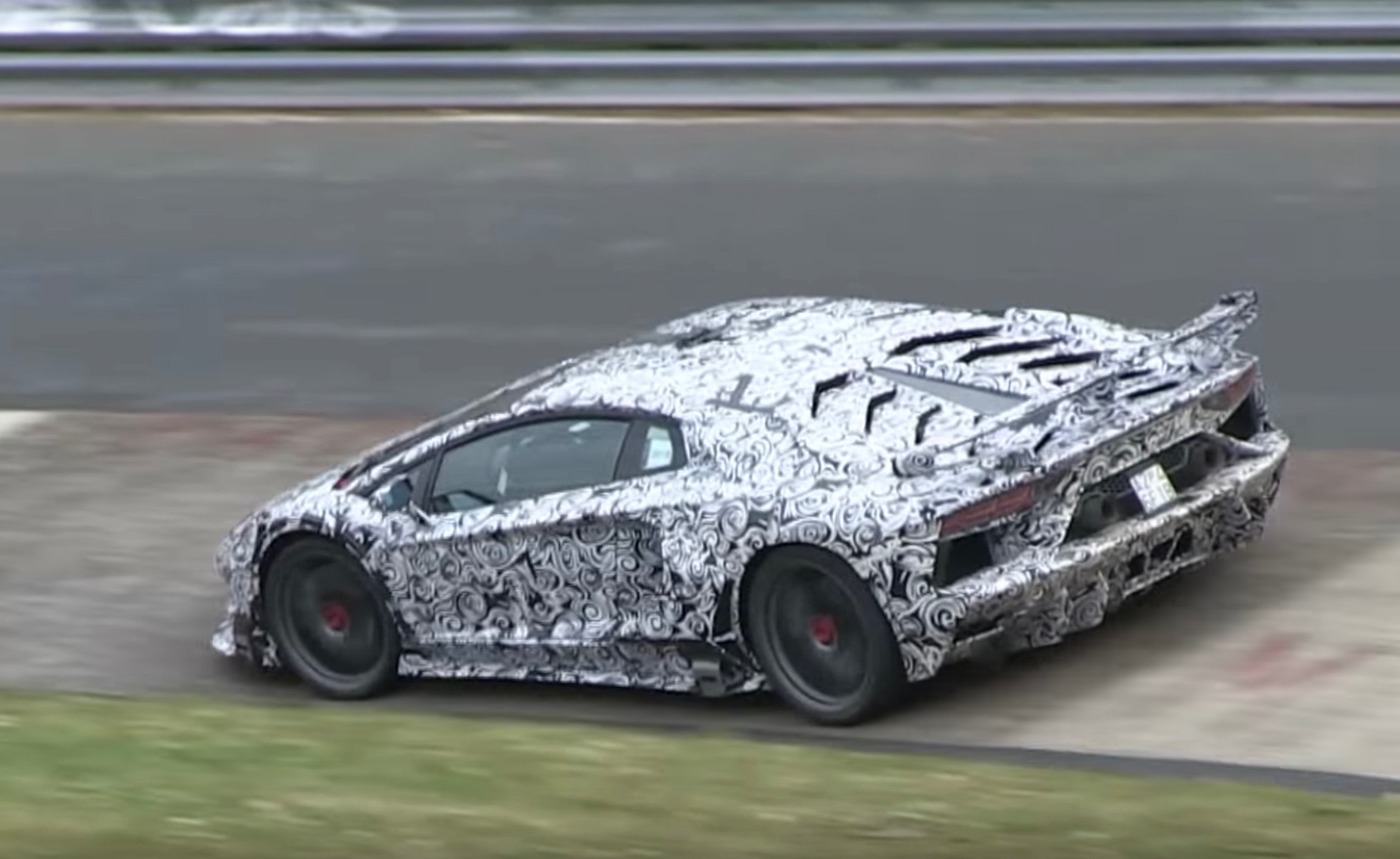 Lamborghini has been spotted again testing the hardcore Aventador, known as the SuperVeloce Jota (or SVJ), out on the Nurburgring. In the latest test we get a good sample of the V12 screaming its lungs out. 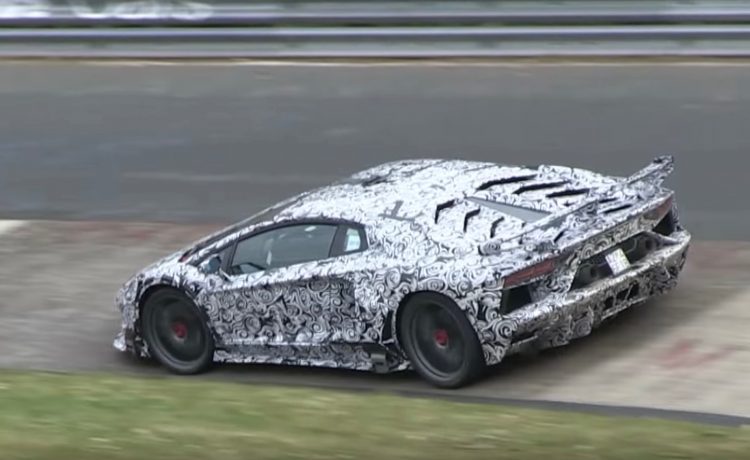 The Aventador SuperVeloce Jota – name not confirmed – is expected to come with a range of enhancements over the regular Aventador SV, including a crazy aero kit as previewed by this prototype. You can see the unique tri-strut rear wing, as well as the extended skirting around the front and rear.

Speaking of timed performance, there has been whispers of Lamborghini planning to attempt a new Nurburgring lap record with the SVJ. You may remember the Huracan Performante set a production car lap record (at the time) last year, clocking a lap in 6:52.01.

Engineers would have obviously gained a lot of data and experience in building the Huracan Perfomante, especially in the area of adaptive aerodynamics. This Aventador, while bigger and heavier, will have a lot more power. And power is pretty important on a long circuit like the Nurburgring.

In order to claim a record the Aventador SuperVeloce Jota will have to post a lap time of under 6:47.3. This was set by the Porsche 911 GT2 RS late last year. Check out the spy video below and see what you think. Does it look like Lambo is ready to claim lap time supremacy?