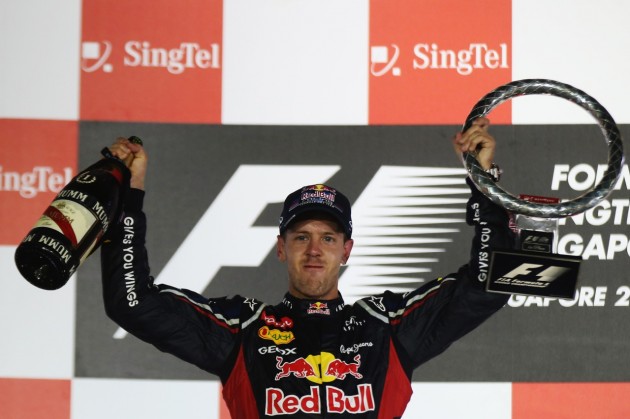 McLaren driver Lewis Hamilton led the race from pole and appeared to be running away into the darkness, but a gearbox problem saw his car come to a halt on lap 23, handing the lead to Vettel.

Australian Mark Webber finished down in 10th position after opting to have a three-stop strategy. Only Ferrari’s Felipe Massa was able to finish in the top 10 (8th) after pitting three times.

Webber’s compatriot Daniel Ricciardo had a stellar race, finishing just ahead of the Red Bull driver in ninth to collect F1 points for just the third time in his F1 career.

The results sees Vettel jump to second in the standings and shortening the gap to Alonso. 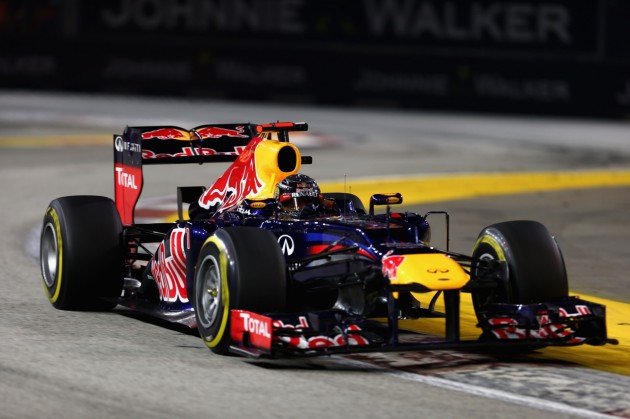 The next race on the F1 calendar is at Suzuka in Japan on October 7.