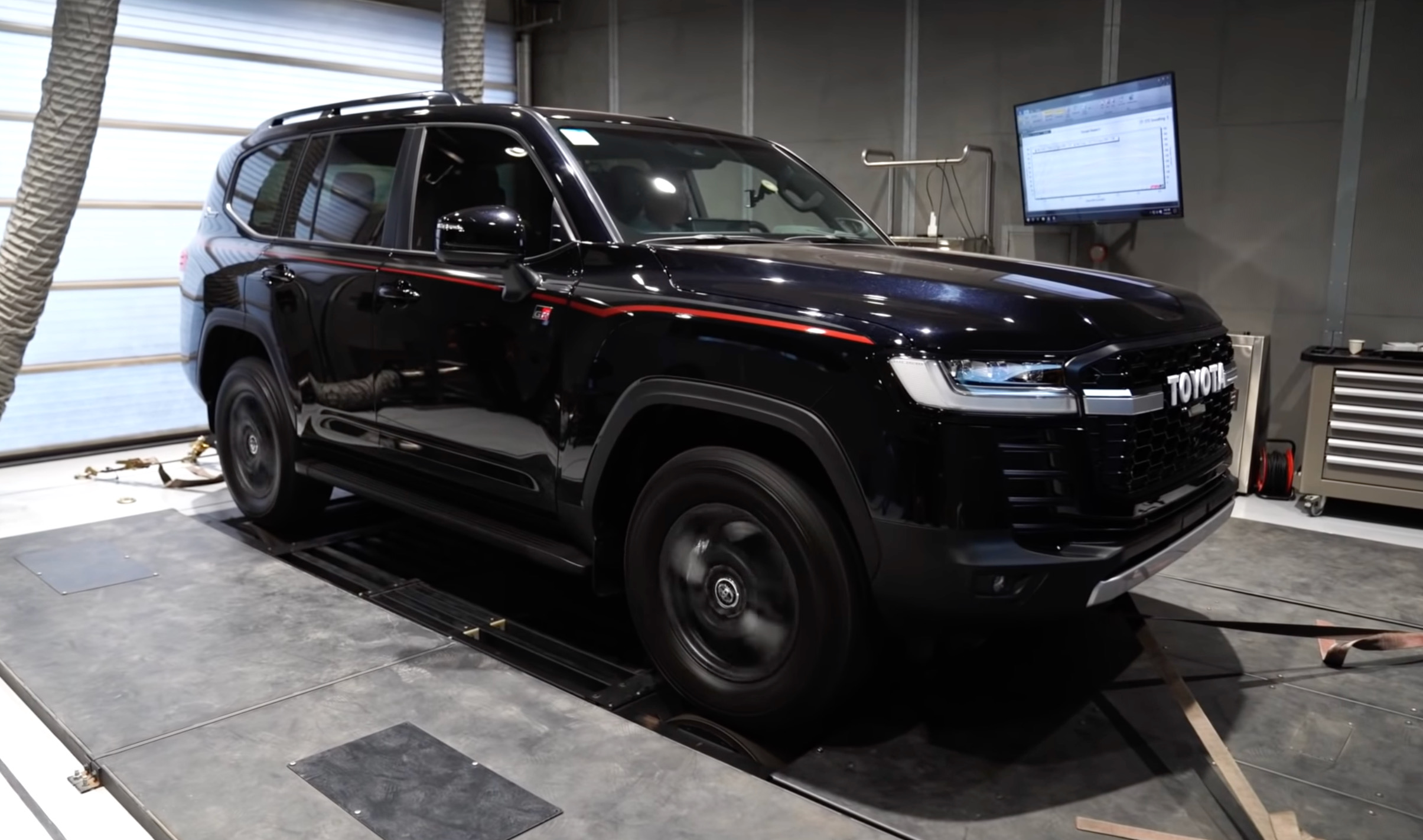 The guys over a EKanoo Racing have strapped a new Toyota LandCruiser 300 Series onto a dyno to see what sort of numbers it produced, in stock GR Sport form with the 3.3L twin-turbo V6 diesel engine. 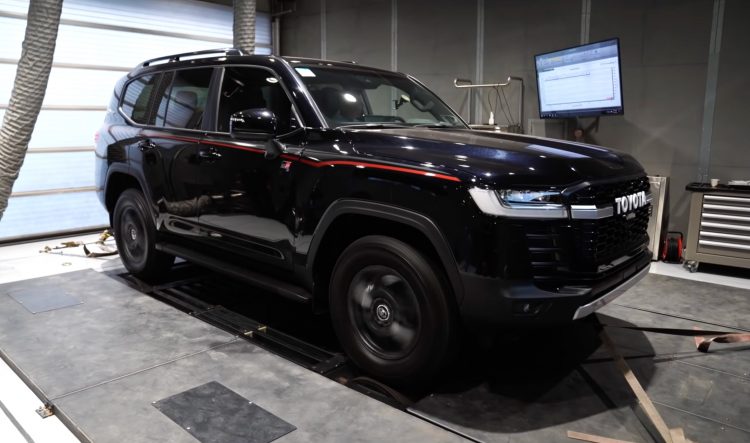 And the results? On a rolling-road dyno the big beast developed 274.8hp (202kW) at 3200rpm. That’s an excellent effort considering that is power at-the-wheels and not at the flywheel/engine. Once you factor in the driveline loss you could be looking at around 240kW at the engine, in this case.

Toyota claims the new 3.3 turbo-diesel V6 produces 227kW at 4000rpm, and 700Nm between 1600-2600rpm. The dyno run shows a peak torque figure of 473.7 ft-lb (642Nm) at 2700rpm, but again, that’s measured at the wheels. Drivetrain gearing makes a big impact on torque figures, especially with reduction ratios (usually the first four or five gears) and so on. 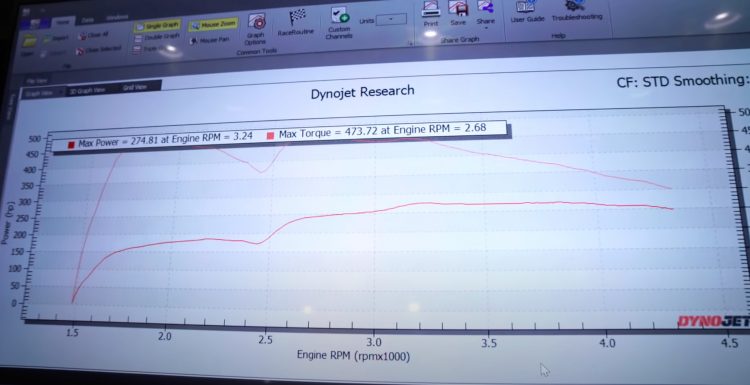 It will be interesting to see what tuners can do with the new 3.3 engine. With the old 200 Series LandCruiser and its 4.5L twin-turbo diesel V8, tuners were able to extract 250kW and 900Nm quite easily (standard was 195kW and 650Nm). The team at EKanoo Racing are apparently planning a big tune for this particular example, with an aim of around 1000hp.

Also in the video we see some acceleration runs, with a best 0-60mph time (97km/h) of 7.26 seconds. That seems pretty consistent with our results too. We achieved 7.61 seconds in the top-spec Sahara ZX recently. We also have some interesting times to reveal for the base GX model – video coming very soon.

See below for EKanoo Racing’s dyno run of its GR Sport, and further below for our 0-100 video of the Sahara ZX.