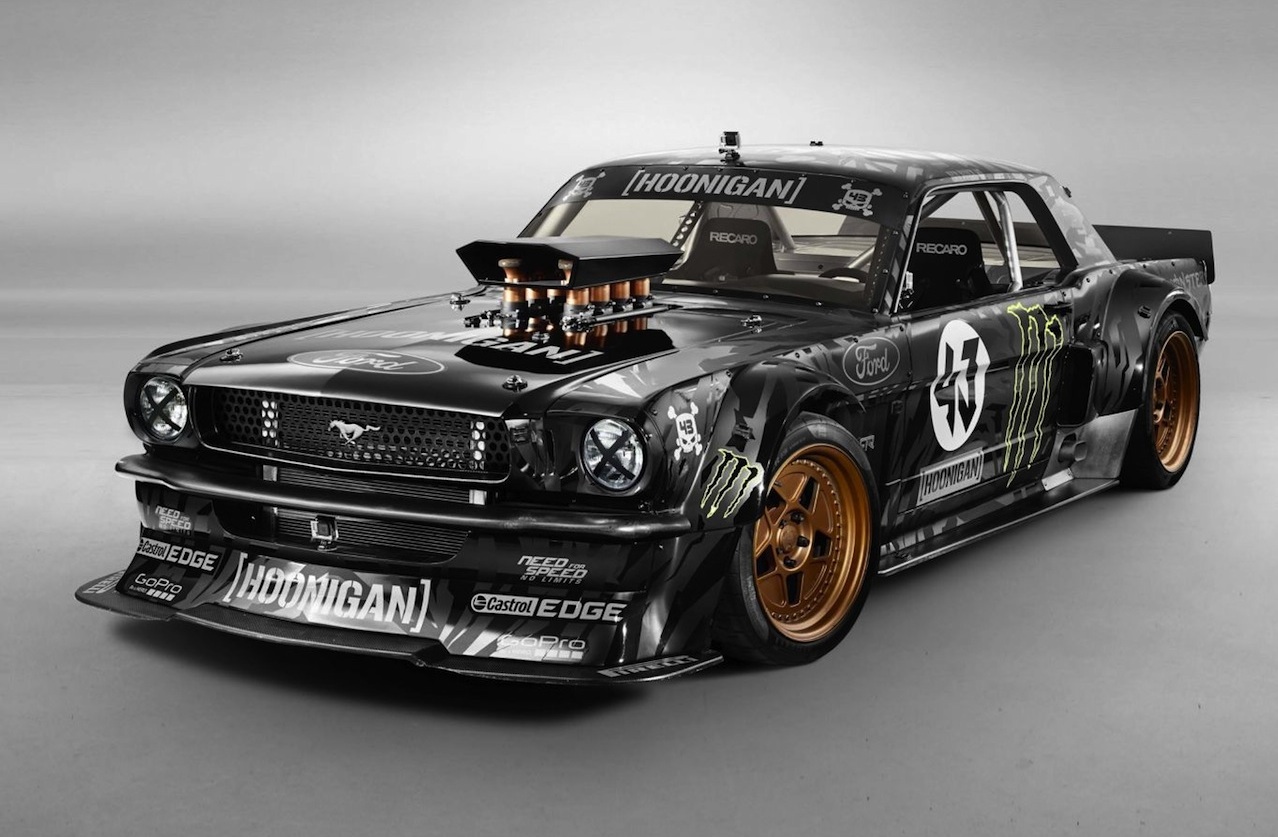 Ken Block is set to ditch the usual all-paw rally car format for the upcoming Gymkhana 7 video to take a drive in his new insanely modified 1966 Ford Mustang. Called the ‘Hoonicorn’, this wild Mustang is the result of two years of fabrication and spanner turning. 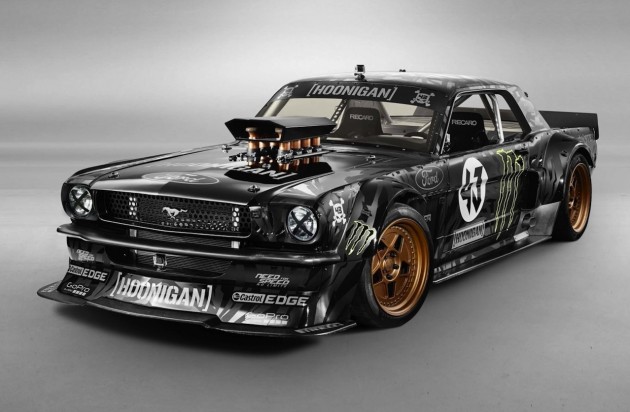 The Hoonicorn was built by Block’s Hoonigan Racing Division with help from Vaughn Gittin Jr’s Mustang RTR team. In terms of stepping things up a notch, this crazy contraption is sure to get people talking and the YouTube views flowing once the video is released.

Under the skin sits a Roush-Yates 6.7-litre V8 that punches out 630kW and 976Nm, with power sent to all four wheels via a six-speed sequential SADEV transmission. The car itself was said to be inspired by the toy cars Block had as a kid, DTM race cars, WRC cars, and American muscle.

The body is made up of an ASD full tubular chassis and RTR carbon fibre body panels, and uses a bespoke ASD roll cage. Sitting at each corner are 18×10.5-inch fifteen52 R40 three-piece wheels, wearing Pirelli Trofeo R 295/30 tyres that are said to feature a compound specially created for Block. Ken Block commented in his new toy, saying,

“This is a project that I’ve been working on for two years, so to see it fully come to fruition and be able to drive it for Gymkhana Seven was absolutely amazing. I also knew that working with Vaughn and his RTR team was the right choice for this project since Mustangs are their world, but they really went above and beyond on this car. The attention to detail with the fabrication and bodywork blows my mind. This is hands-down the best Gymkhana car I’ve had yet.”

The car will be on display at the SEMA Show in Las Vegas this week. We’ll be sure to provide any updates or preview videos that surface, and of course the full video which is expected in the near future.

Here’s a recent video of the Hoonicorn Mustang turning tyres in the streets of LA.