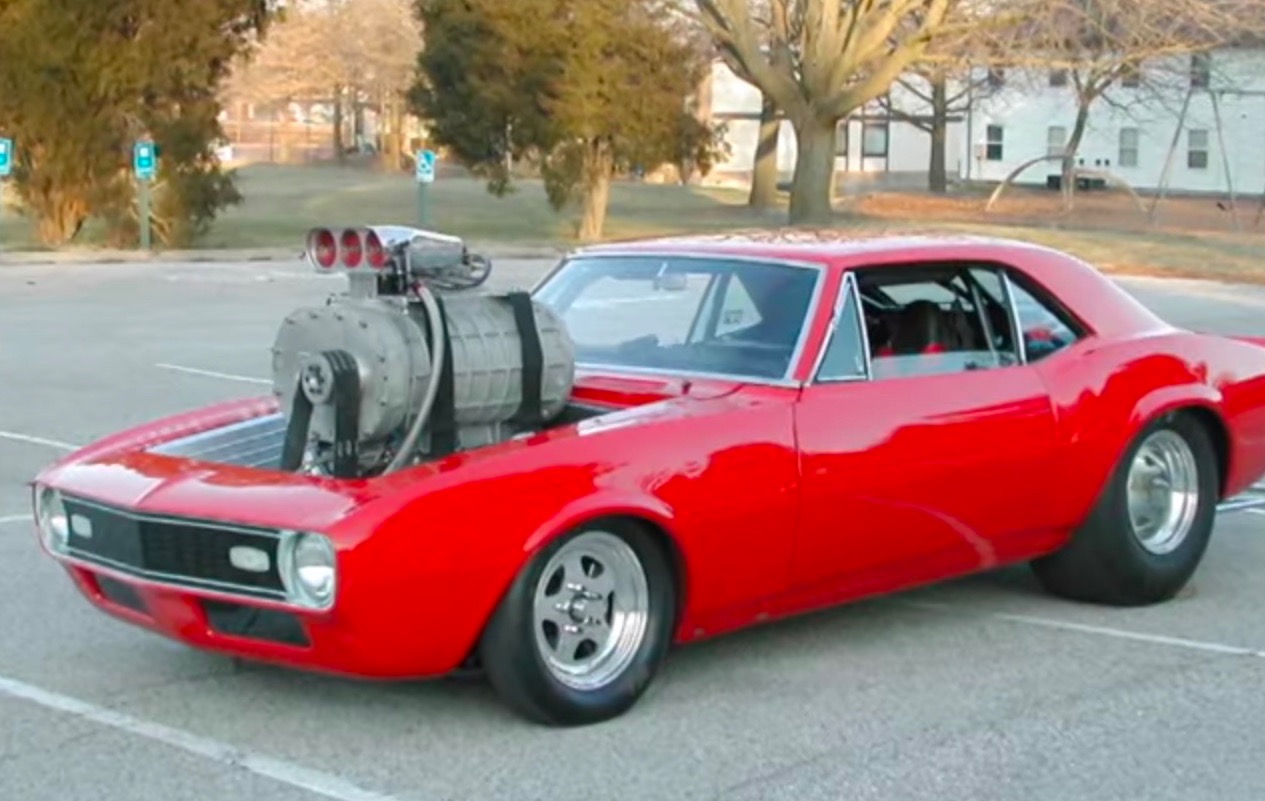 If you’ve been a car enthusiast for a few decades, you might recognise a viral image of a second-gen Camaro with a comically large supercharger hanging out of its bonnet. It’s been getting around since computers were plugged into the wall and made alien signals to get online. 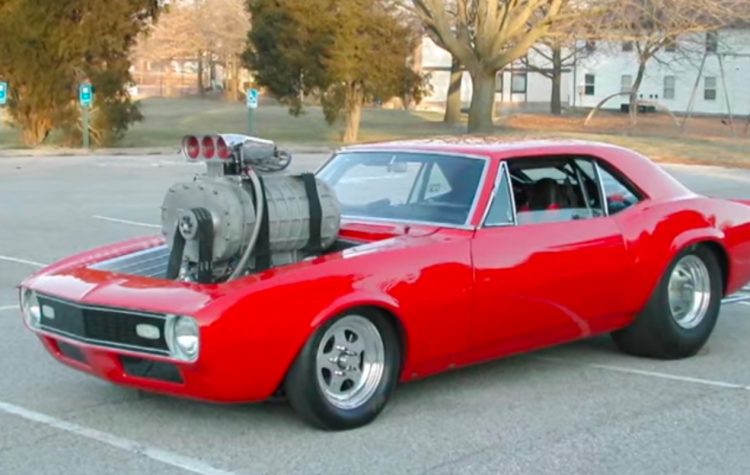 In the automotive world, some people put truck superchargers on their engines, some attach quad turbos, some use jet turbine engines, but this is one of the craziest and – despite its age – most interesting mods ever attempted.

Mike Christensen’s Camaro has a supercharger allegedly sourced from a locomotive freight train. It was found by his father, who brought it home one day after finding it. Christensen has other drag cars too, including another, similar Camaro featured in the start of the video. About halfway through, he is quizzed about the blower, which was installed using a custom belt and intake manifold.

Apparently, the blower is so large and boost-ful that one blip of the throttle sent the front end skyward, and blew the head gaskets on both cylinder banks. He doesn’t seem to have pursued a replacement engine that could withstand the supercharger, so it was perhaps done for novelty.