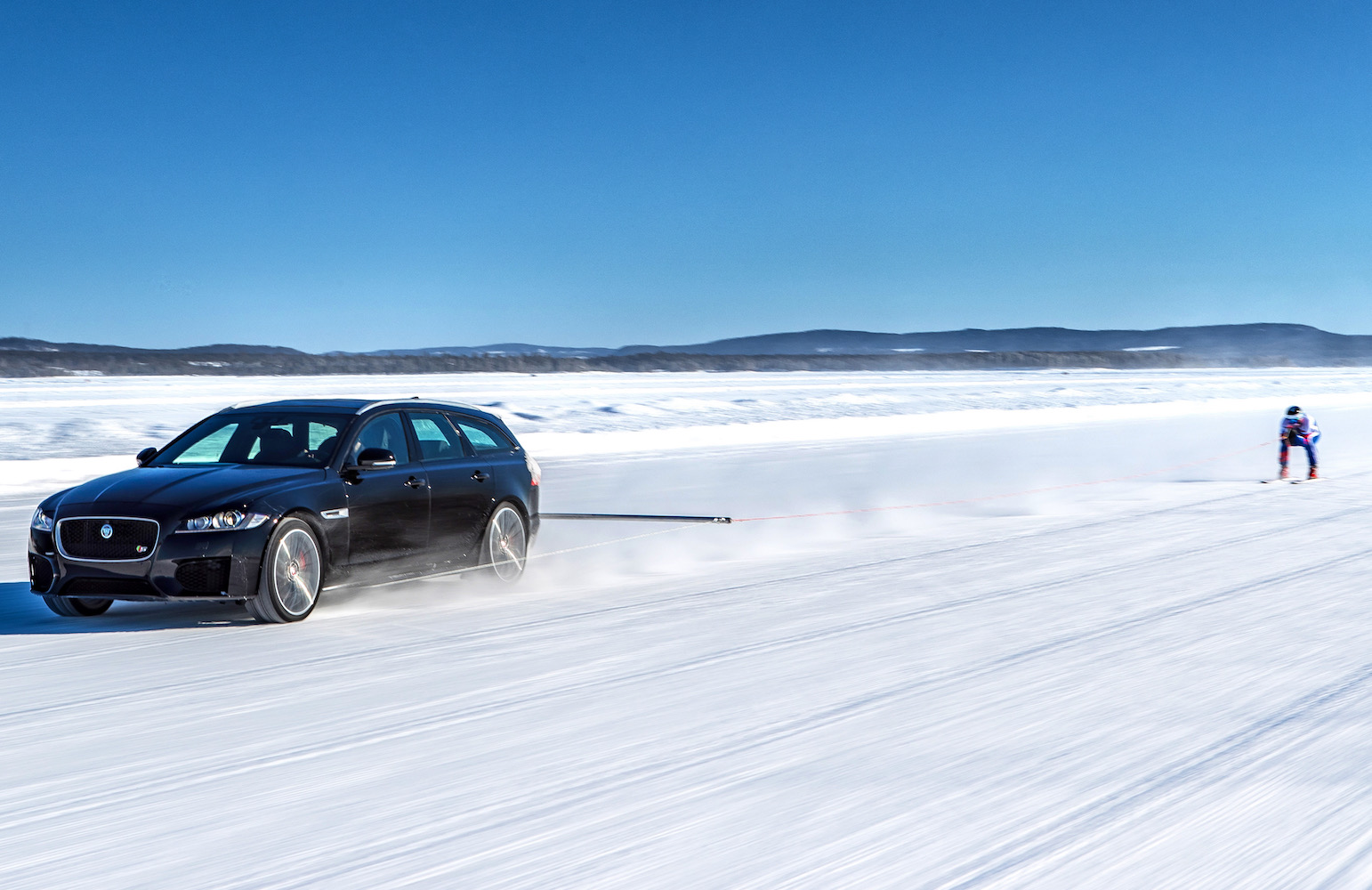 Think you’re a fast skier? We bet you wouldn’t dream of going as fast as this guy. Olympic skier Graham Bell has just broken the world record with the help of a Jaguar XF Sportbrake. 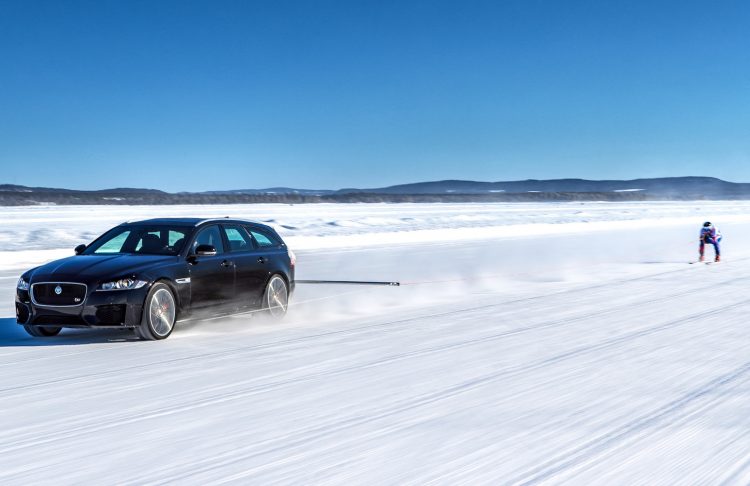 Put together as a bit of a marketing campaign, Jaguar teamed up with British downhill ski Olympian Graham Bell to break a new record by towing him along at a scary 189.07km/h. This was the top average speed, which was impressive enough to stamp a new benchmark into the Guinness World Record books.

The stunt took place at Jaguar Land Rover’s Revi Test Centre in the Arctic Circle, in Sweden, at temperatures around the -28 degrees-C mark. By the looks of Bell’s ski suit, it must have been pretty freakin’ cold out there at that speed. Speaking about the effort, Bell said:

“I’m really proud to have achieved this Guinness World Records title, but it was a real team effort with the engineers at Jaguar supporting me every step of the way. The XF Sportbrake stayed perfectly composed throughout and gave me the confidence to not only beat the target but smash it by a great margin!” 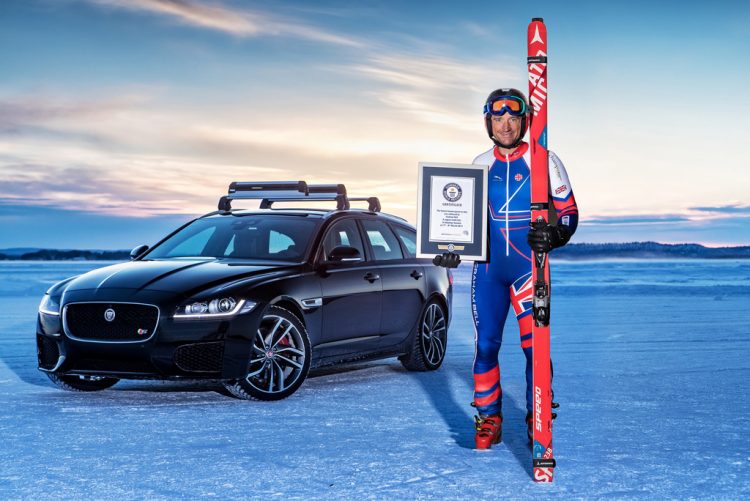 The XF Sportbrake was the top model, powered by a 3.0-litre supercharged V6 producing 280kW. On the tarmac it’s able to crush 0-100km/h in 5.3 seconds, but on the snow and ice it’s obviously slower. Fortunately the XF’s Adaptive Surface Response and All Surface Progress Control systems were in place and working overtime. Check out the video below for more.