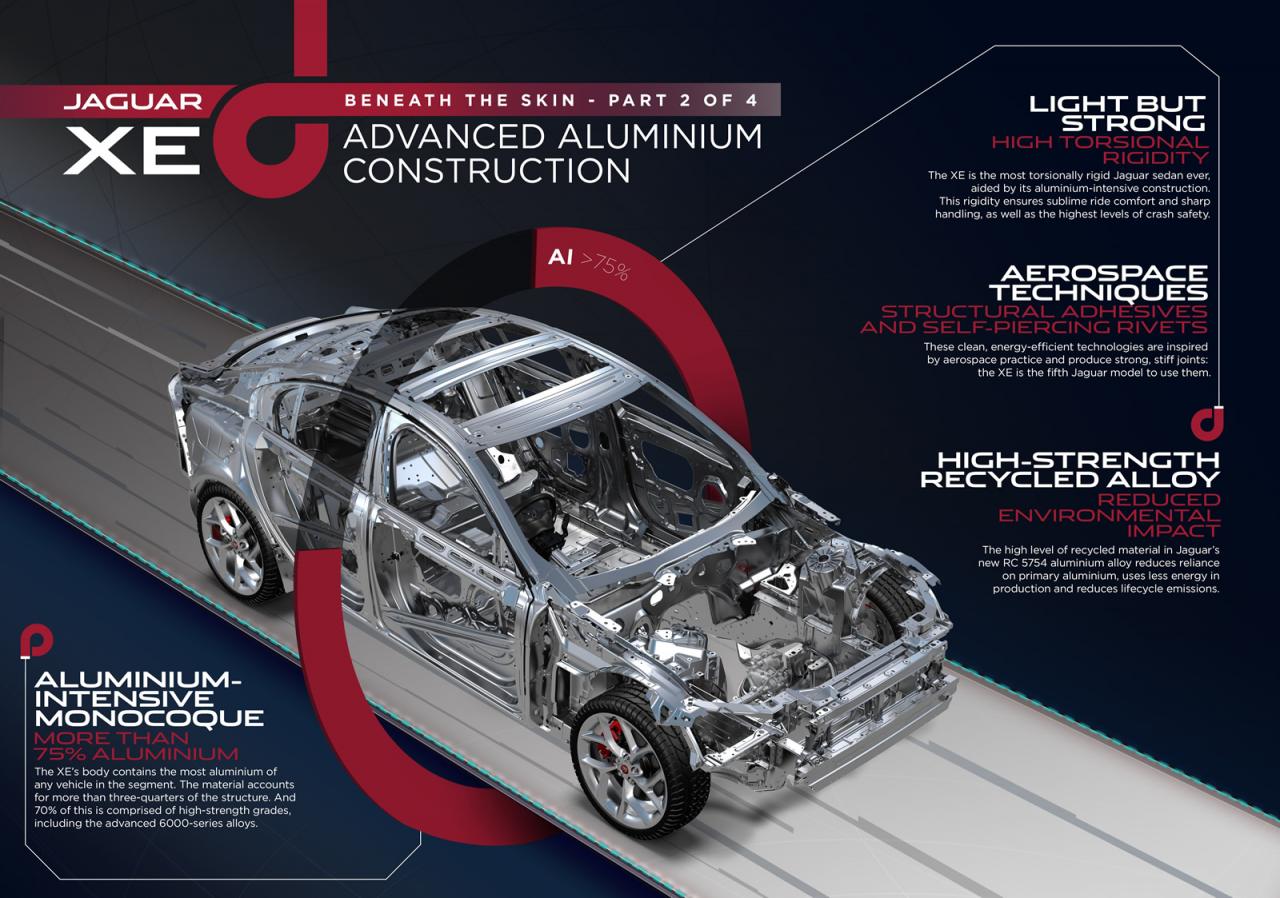 Jaguar has released more details of its upcoming XE mid-size sedan which will compete in the market with the likes of the BMW 3 Series and Lexus IS. The latest info to be drip-fed out to the world is the fact that 75 per cent of its construction will comprise of aluminium. 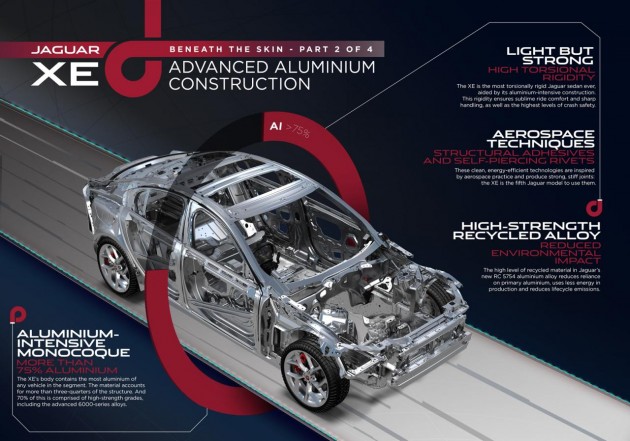 It will be the world’s first car, apparently, to use a special high-strength ‘RC5754’ grade of aluminium which will ensure the XE is as rigid and strong as possible. The new alloy helps the XE play its part for the environment too as it is made up of plenty of recycled material.

The other very important and just as interesting piece of information to be released is its lowest average fuel economy rating of below 4.0L/100km. This will obviously be the most economical variant, potentially a turbo-diesel of some kind.

Much of the excellent economy will come from the sheer lightness of the new model. In fact, Jaguar says the XE will be the most fuel efficient Jaguar model ever produced. Dr Mark White, Jaguar’s chief technical specialist, spoke about the developments, saying,

“The Jaguar XE body uses over 75 per cent aluminium content, which far exceeds any other car in its class. This gives us a body structure with unrivalled low weight: it’s light but also immensely strong with extremely high levels of torsional stiffness. We’ve made sure our aluminium-intensive body structure exceeds all global safety standards without compromising on vehicle design or refinement.”

More details, including engine specs, are expected to be announced soon. All will be revealed on September 8.

Click play on the video below for more details on the new chassis.