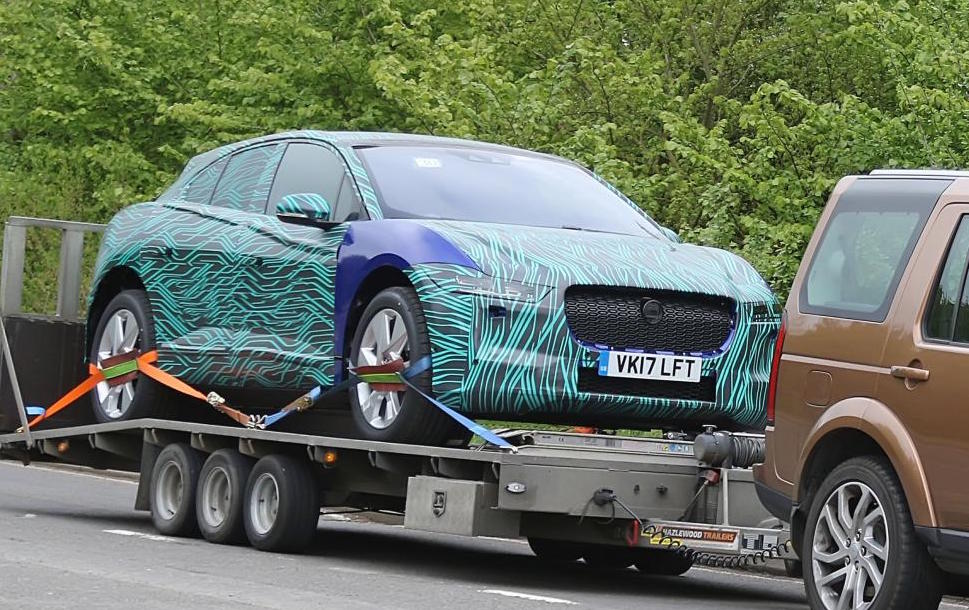 Some images of what looks to be the production version of the Jaguar I-PACE have surfaced online, giving us all a first-look at the new electric crossover before its market entry later this year. The car was spotted near Land Rover’s headquarters in Gaydon, England. 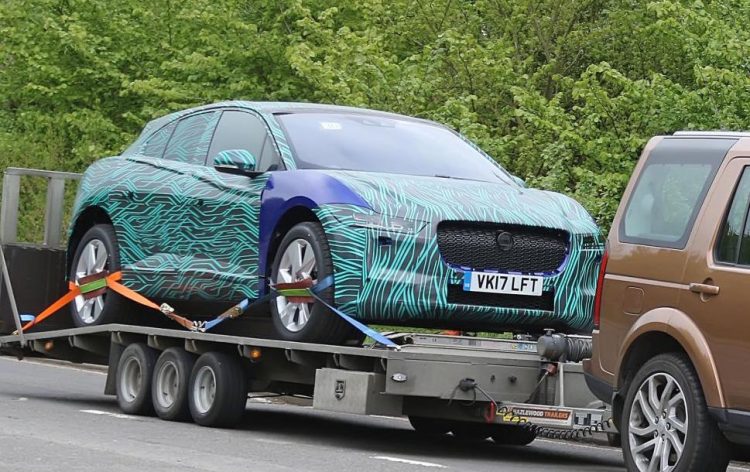 Jaguar has been quite open about its plans to introduce a production version of what was once a concept car, even to the point of releasing images of a pre-production version making its debut drive on public roads in England.

Thanks to Auto Express, these images show the production version will retain most of the design from the concept, sharing a very similar silhouette and overall proportions.

Where things differ are with the wheels. On this example we see more conventionally-sized wheels, leaving some space in between the guards for regular suspension movement.

The front end doesn’t seem quite as dramatic, although the pouncing nose remains along with Jaguar’s latest large front grille design. Some of the finer details such as the front corner clusters are taped over to conceal their identity, but we’d guess they will feature vertical flanks much like Jaguar’s other recent models.

Under the bonnet. Well, more accurately, under the body is set to be a 90kWh lithium-ion battery pack feeding power to all four wheels. Combined, the system will offer around 300kW and 700Nm, which should be good enough to see 0-100km/h completed in around 4.0 seconds.

Recharging via a 50kW DC socket is said to be capable of filling it to 80 per cent in around 90 minutes, with a full-charge range of around 500km expected.

The I-PACE will go up against the Tesla Model X, however, it is expected to come in at a lower price than that. The top Model X is priced from over AU$300,000.

Jaguar Australia has previously confirmed with PerformanceDrive that the new model will be offered locally some time in 2018. Exact timing is yet to be finalised. 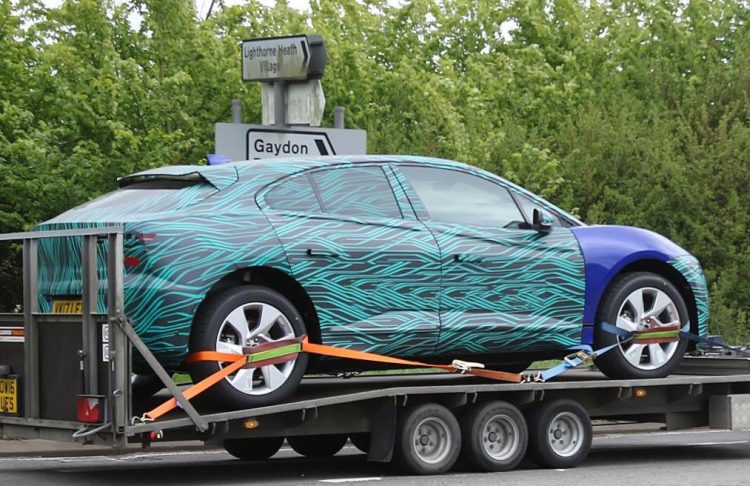