More images of the new Jaguar F-Type have been leaked ahead of the car’s official unveiling set for the 2012 Paris Motor Show later this week. For the first time we get a full glimpse of the rear end and the interior. 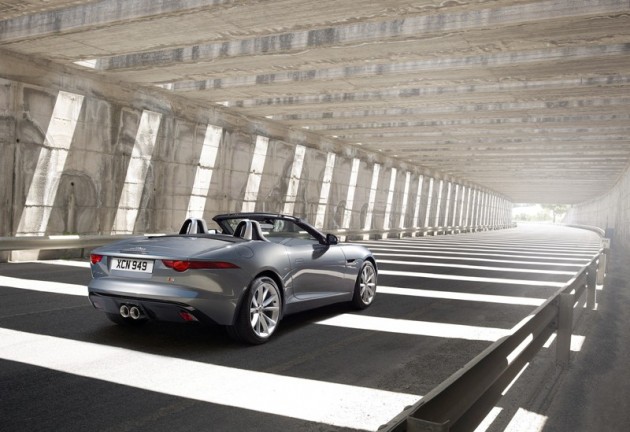 Inspired by the striking Jaguar C-X16 concept car, the F-Type is Jaguar’s attack on vehicles such as the Porsche 911. It will come with three different engine options, two of which have been confirmed; a 3.0-litre supercharged V6 with 250kW and 280kW.

A supercharged V8 ‘R’ version is also likely with around 375kW – possibly the example here with the four exhaust outlets? 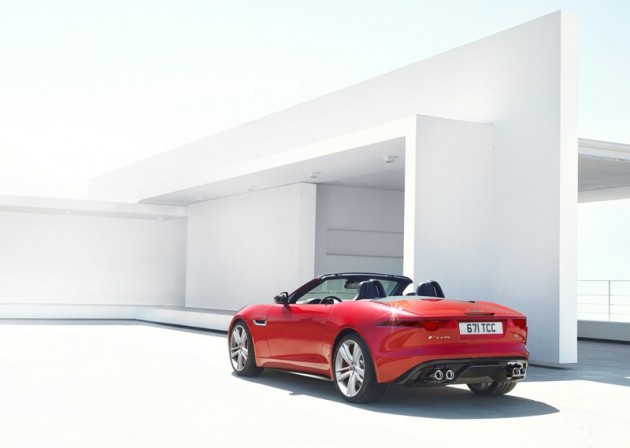 From these images you can see the rear end will incorporate the central twin-outlet exhaust pipes as seen on early prototypes, harking back to the famously sexy Jaguar E-Type. The rear also showcases elegantly flowing rear haunches that wrap around the fat rear wheels. 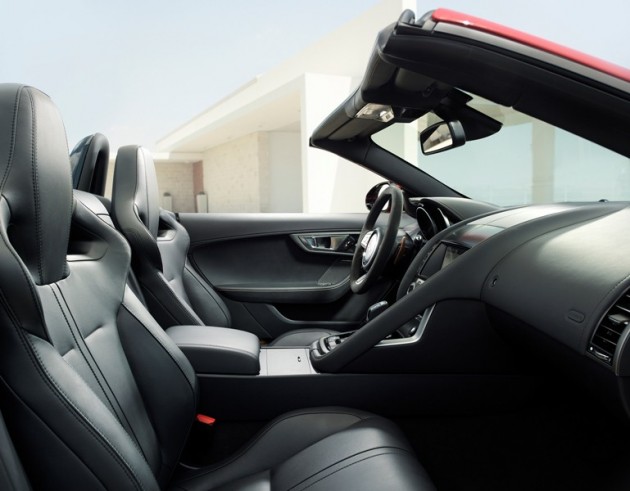 Inside it’s all about focused luxury. There’s a set of serious bucket seats, while the high centre console provides a proper ‘sit-in’ seating position rather than a less sporty ‘sit-on’ layout. A reinforcement bar wraps around the eight-speed gear selector, pointing the dash fascia focus onto the driver.

The Jaguar F-Type will go on sale in Australia next year in convertible form. A coupe is also being planned for later down the track.