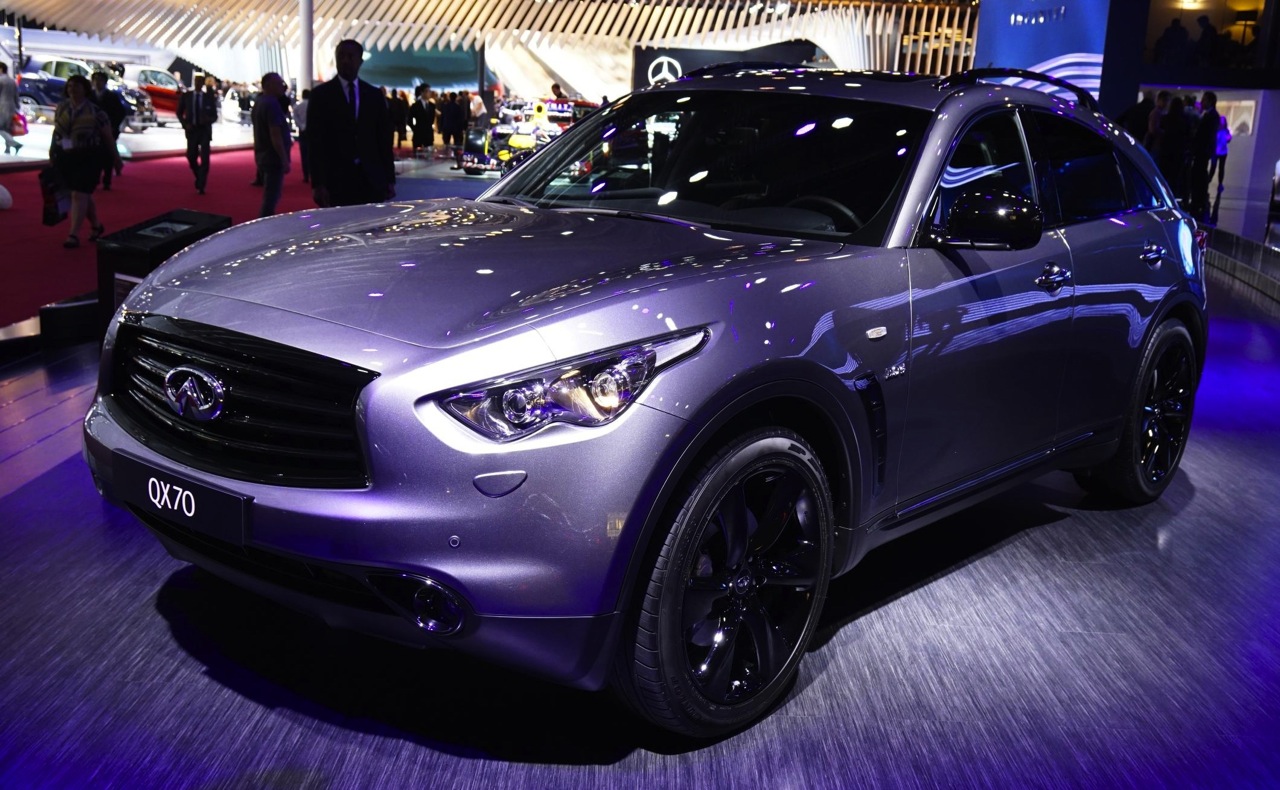 Following the preview a few weeks ago, Infiniti has unveiled the new QX70 S Design at the 2014 Paris Motor Show in France. The special edition SUV will go on sale in some European markets this month. 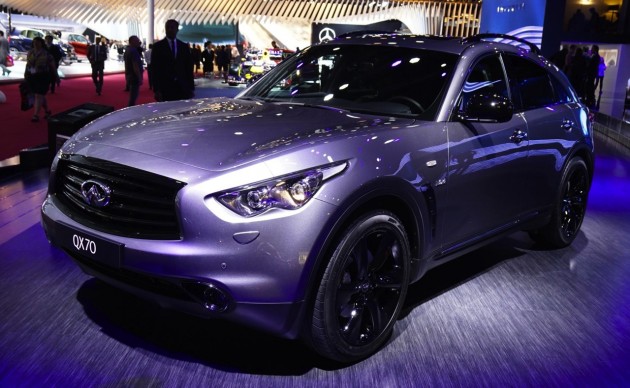 Designed to fall in line with the fashionable ‘dark’ theme, the S Design adds a definite “bad boy” spirit to the QX70, according to Infiniti. It infuses the full-size presence and luxury of an SUV with the athletic character of a sports car.

Dark chrome has been used for most of the exterior trimmings, such as the front grille, fog light clusters, side gills, and the rear number plate surround. These give the crossover that sinister personality.

There’s also a set of 21-inch six-spoke alloy wheels coated in black to match the roof rails and side mirrors, while the headlights receive a special new smoke finish to blend in with the rest of it.

Inside, it’s a similar story. There’s black lacquer finish on the centre console and parts of the dash, while the black leather upholstery is stitched together with an interesting purple contrast. The purple stitching is used for the steering wheel and armrest, as well as the door trims and seats.

Infiniti hasn’t made any changes under the bonnet, which means the S Design can be had with either a 3.7-litre V6 petrol producing 235kW and 360Nm, or a 3.0-litre turbo-diesel V6 producing 175kW and 550Nm.

The QX70 is on sale in Australia – as the replacement to the FX – however, this special edition S Design is unfortunately only hitting the European market. It hits the showrooms this month.