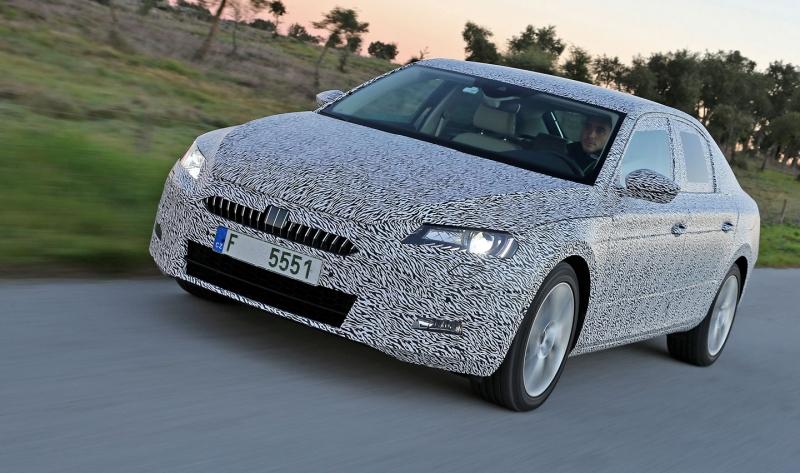 Skoda has released teaser images of the upcoming second-generation Superb dressed in camouflage. The self proclaimed “best Skoda ever”, according to the Czech manufacturer, will grow in size once again and slip into the “upper end of the automotive mid-class”. 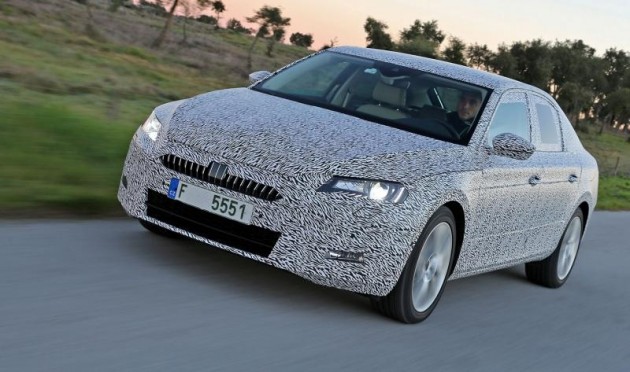 Skoda says that the next generation Superb, its flagship model, will offer the best values in terms of comfort, infotainment and connectivity, safety, eco-friendliness, consumption and performance. It will be based on a stretched MQB platform, also used in the Volkswagen Passat, but will be 20mm longer, 12 percent more rigid, yet 75kg lighter in weight.

The design of the new Superb is likely to be influenced by the VisionC concept that was unveiled earlier in the year. Larger head and taillights, a long flowing roofline and larger body can be seen in the spy-shots, and may give the next Superb a little bit more street presence around its German rivals.

The 2015 model is expected to be packaged with adaptive dampers, featuring Normal, Comfort and Sport modes. The base 93kW, 1.4-liter petrol is set to kick off at a slightly high price.

Other powertrains to be offered include a include a 193kW 1.8, along with 1.6- and 2.0-liter turbo-diesel units ranging in output from 89-141kW. These motors will be connected to either a six-speed manual gearbox or an optional DSG, sending power to the front wheels or to an optional AWD system.

Skoda has revealed nothing else, apart from confirming a February debut in Prague that will be followed by an appearance at the Geneva Motor Show in March.