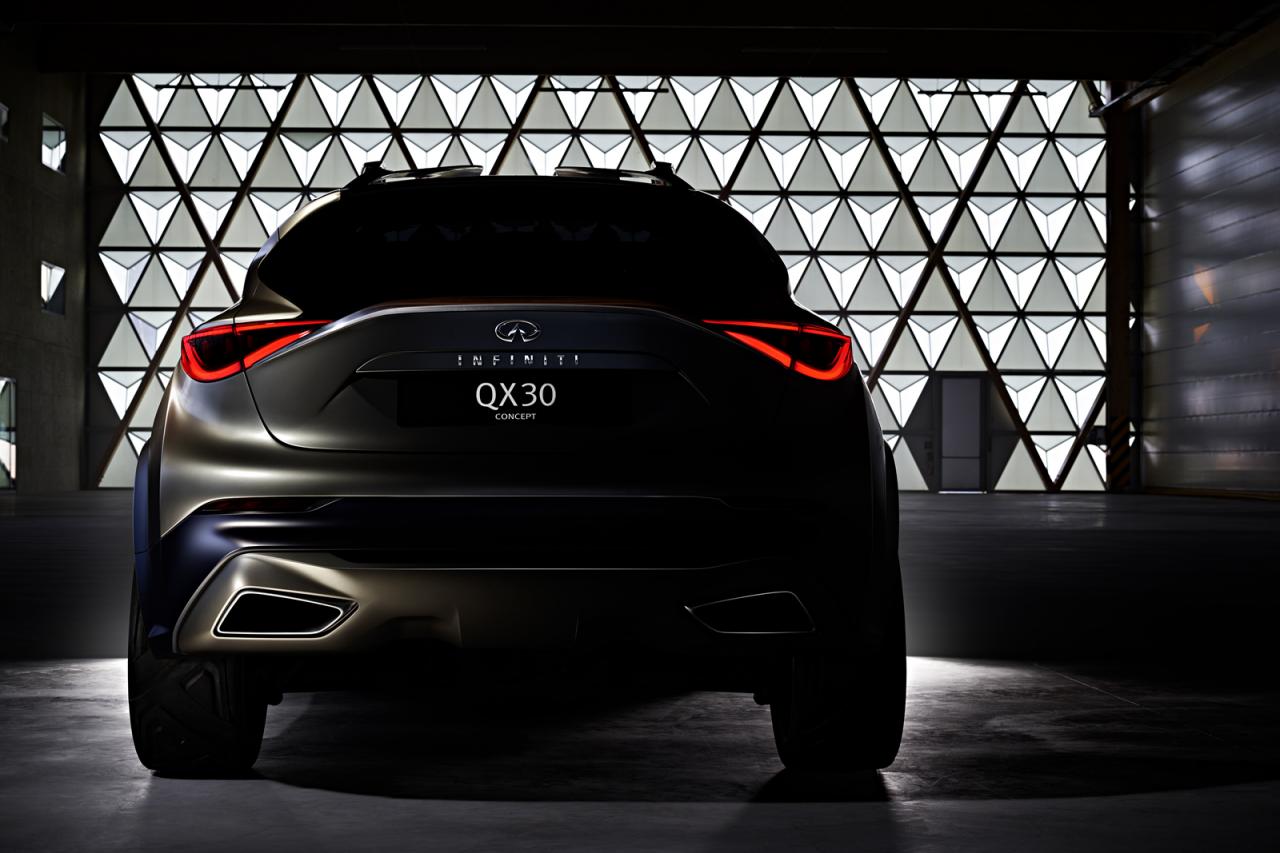 Infiniti has revealed a preview of its new small SUV called the QX30 concept, which will make its full debut at the 2015 Geneva Motor Show next month. 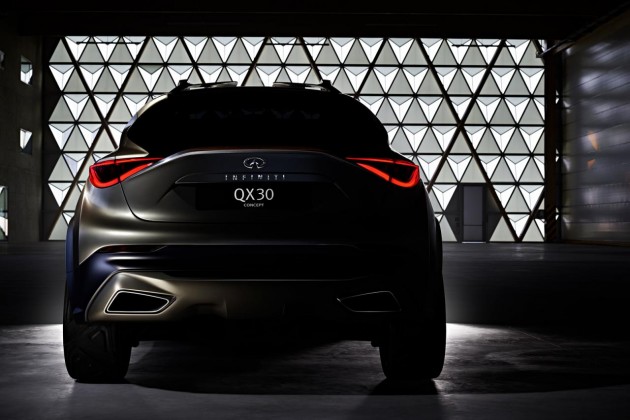 Based on the Q30 concept hatch, the QX30 will be looking to compete with the likes of the Lexus NX and Audi Q3 when it hits the market later down the track. It will become the brand’s first small SUV/crossover, sitting below the QX70.

It takes on the luxury brand’s current design language, as you can see, with plenty of angular panel shapes and lots of attitude. There also appears to be pumped out wheel arches for that tough SUV look. Infiniti described the concept, saying,

“Combining the sleek lines of a coupe with the rugged looks and commanding seating position of a crossover, the QX30 Concept foreshadows an urban explorer which is equally at home in the city as it is on the open road.”

Specifics on the engine and powertrain are yet to be revealed, however, as the concept is based on the Mercedes-Benz A-Class platform would could expect an engine to be borrowed from Mercedes as well.

The current entry-level Q50 sedan features a 2.0-litre turbo four-cylinder taken from Mercedes, producing 155kW. This engine might power the QX30 concept, or at least become an option on the production version.

All will be revealed at the Geneva show starting on March 3. The production version is then expected to hit the market in the next couple of years, after the on-road Q30 hatch is released.