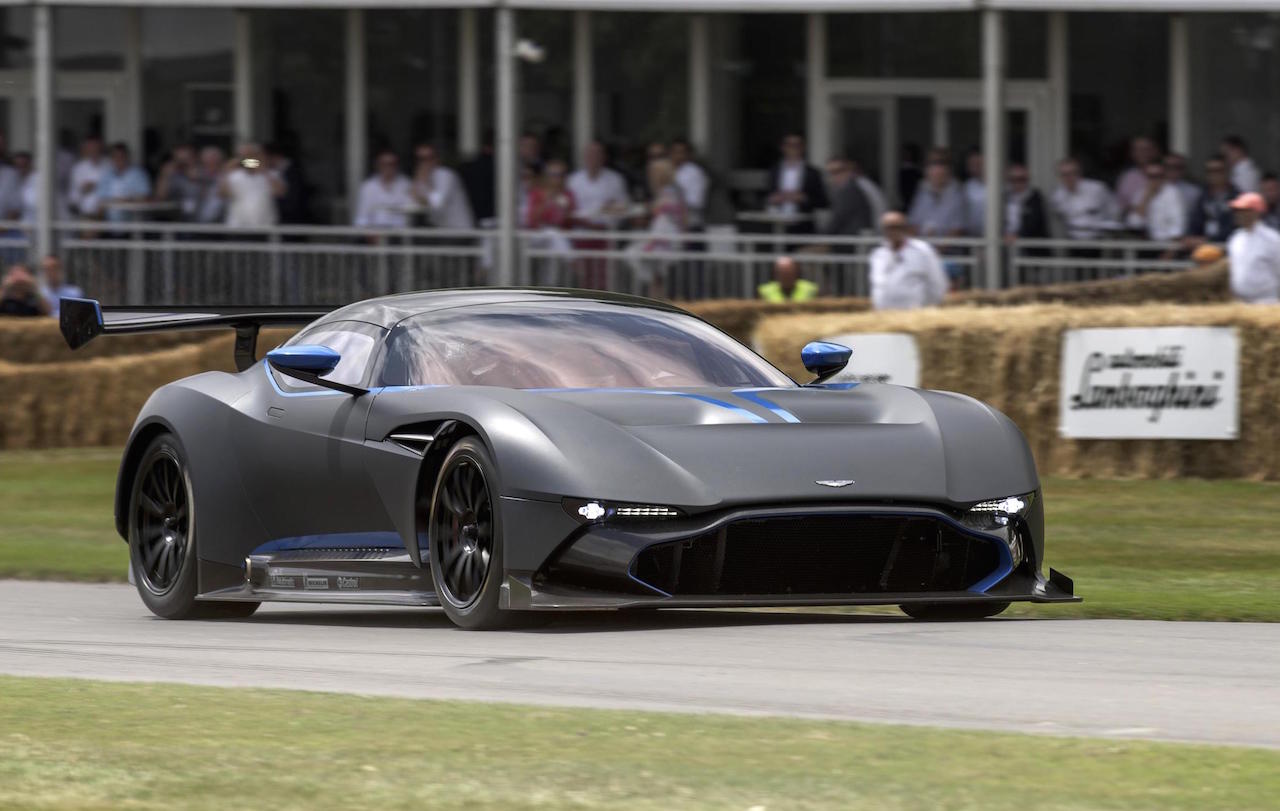 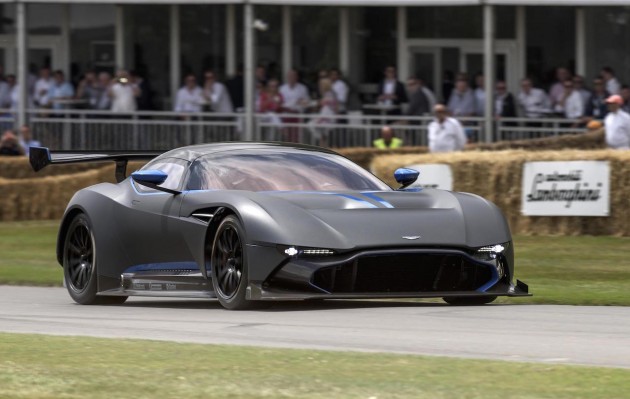 The Vulcan was revealed at this year’s Goodwood Festival of Speed. Costing £1.8 million (about AU$3.8 million), the Vulcan is currently too insane to be allowed outside a track setting. Aston Martin’s Vulcan product manager Simon Croft indicated to Dutch magazine Autovisie that customers have intimated to the company they want a road-legal version. This has prompted Aston Martin to begin looking seriously into making just that.

It’s doubtful that this would just be limited to a blinkers, mirrors and ‘plates exercise though. The Vulcan could become more civilised in its transition to Sunday driver, with Aston giving it strict elocution lessons to make it slightly less of a noisy delinquent and more of a tea-sipping gentle speaker. The main hurdle is said to be down to making it more manageable and acceptable on public roads.

The approach would be an exact reversal of McLaren and Ferrari’s approach, whose P1 GTR and LaFerrari FXX K track specials were actually preceded by their road-legal relations.

The very sinister-looking Vulcan is powered by a 597kW 7.0L V12, driving through a six-speed sequential gearbox and weighing just 1350kg. Only 24 examples of the Vulcan will be made.