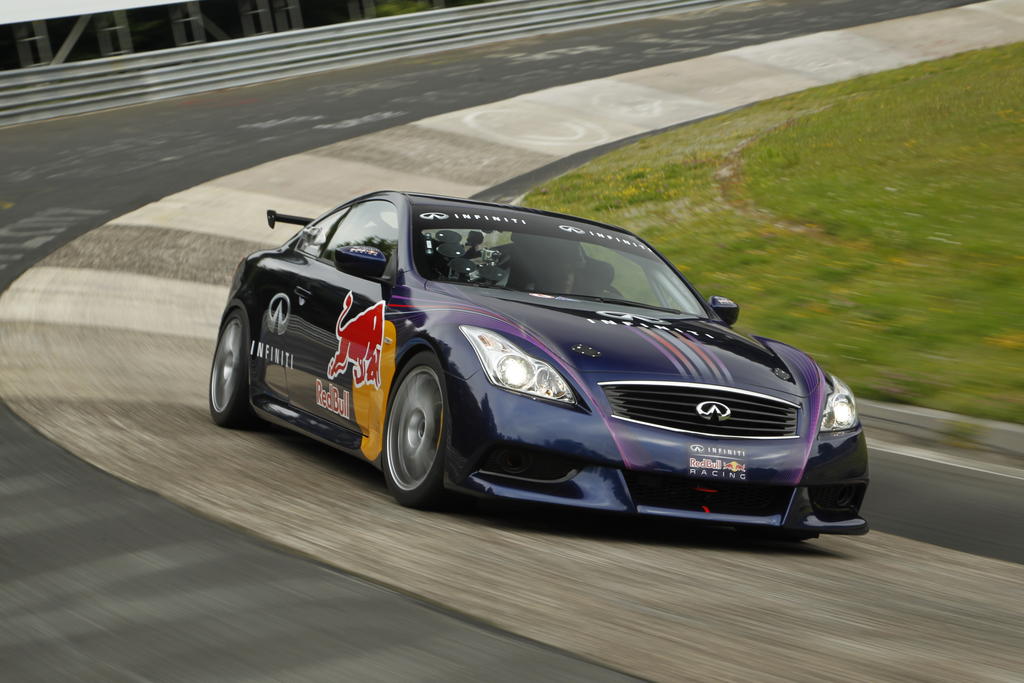 Infiniti has revealed an interesting new prototype G37 Coupe track car, giving us some potential insight into what the company might be planning for future showroom models. 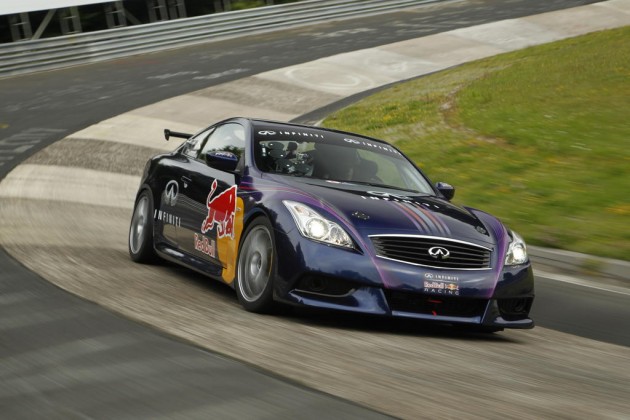 With the backing of arguably the best Formula One team out there, Red Bull Racing, it’s believed Infiniti will soon expand its business operations and begin producing high performance vehicles under a new sub-brand.

A new sub-brand would give the company a more robust strength to compete with the German rivals, specifically, BMW’s M Division and Mercedes-Benz’s AMG performance arm. The brand is set to provide dedicated performance vehicles, likely based on the current showroom models.

As a preview, this G37 Coupe track prototype, which recently made its debut at the Nurburgring in Germany, showcases a variety of track-oriented bits and pieces to reiterate the brand’s link to Red Bull F1. 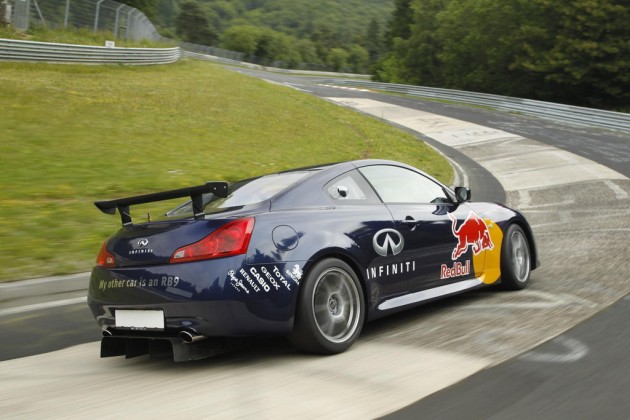 Other highlights include a full FIA-approved roll cage system with two racing bucket seats and harnesses, a pneumatic jack system, and a removable three-spoke steering wheel.

It’s unknown if Infiniti is planning to offer such a kit for customers, however, similar packages are expected to be presented on other models in the future. As Andreas Sigl, Infiniti Formula One global director, says, “it’s the tip of the iceberg of what is yet to come.”

For now, the prototype will be used for various demonstrations and events around the world.