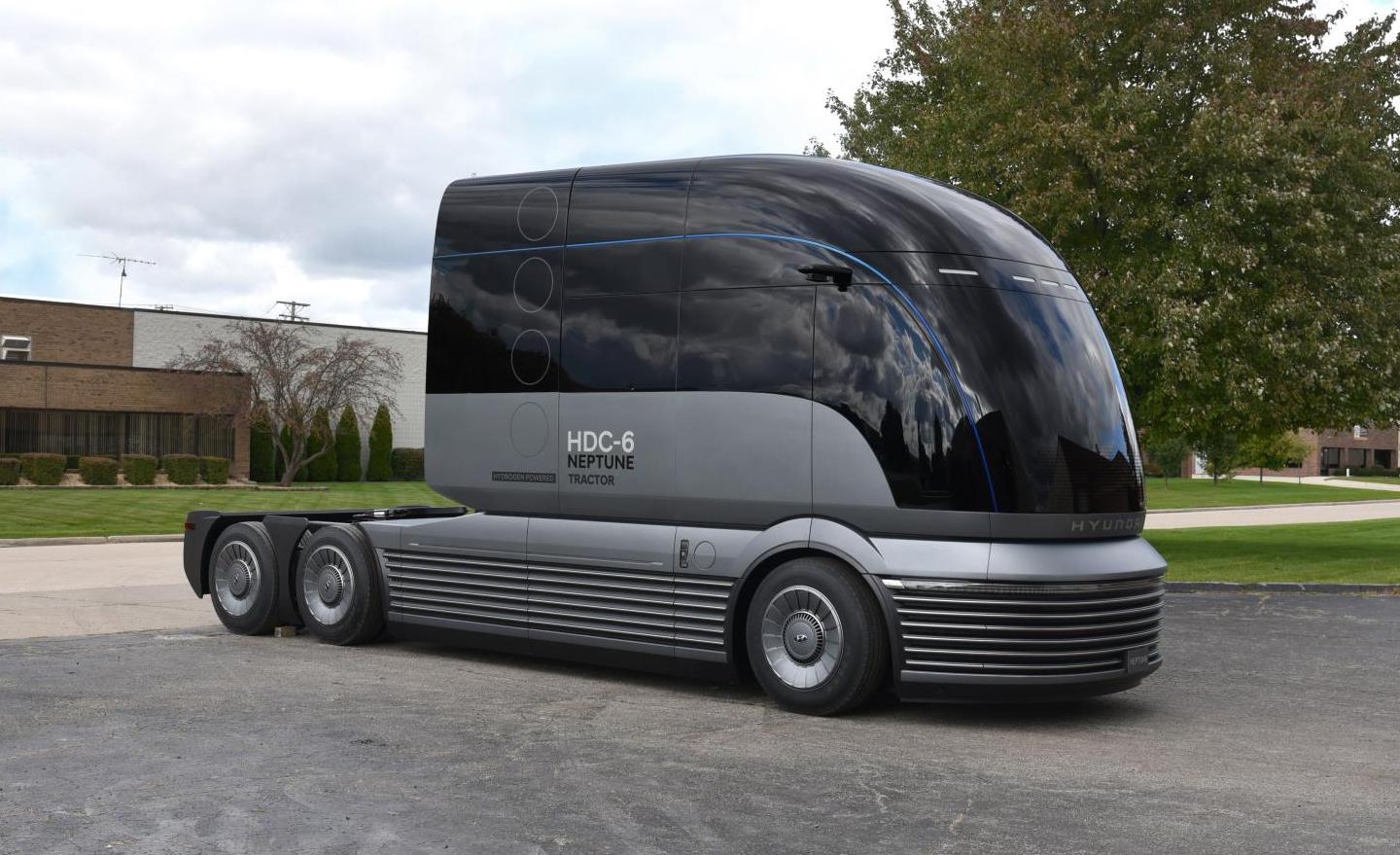 Remember the futuristic hydrogen truck Hyundai previewed last week? This is it. The HDC-6 Neptune concept. It made its debut at the North American Commercial Vehicle show earlier this week.

Starting with the styling, it showcases a design of the future for trucks, with aerodynamics obviously planning a big role. At the front is a large seamless dome-like windscreen that wraps over the top to form the roof, with curvaceous sides blending towards the flat surface of a trailer.

It’s all inspired by streamliner trains from the 1930s and ‘40s. These trains were a technological marvel of their day, and in a similar way Hyundai is looking to change the way we think about large trucks. The HDC-6 Neptune is pitched as a full-size Class 8 vehicle. Speaking about the concept, Luc Donckerwolke, chief design officer of Hyundai, said:

“The fuel cell powertrain gave us the opportunity to redefine the classical typology and architecture of the truck. The Hyundai Commercial Vehicles Design Team started with a white sheet of paper focusing on the new defined functionality resetting all standards in order to project commercial vehicles in the future.” 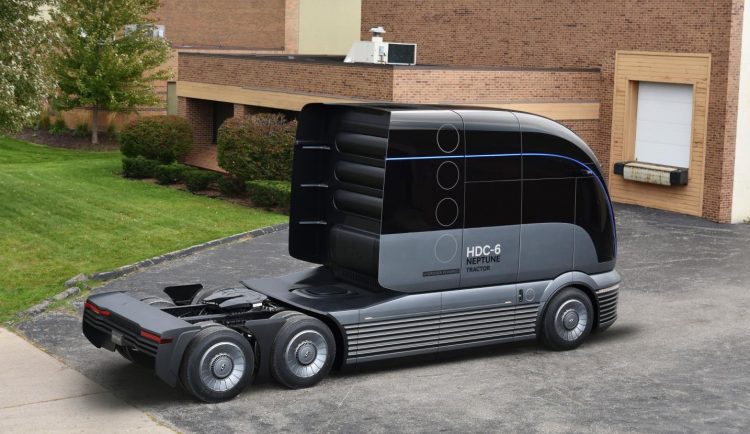 No specifications have been released in regards to the powertrain, however, Hyundai is currently one of the industry leaders in fuel cell technology. In fact, as part of its ‘Fuel Cell Electric Vehicle 2030 Vision’ philosophy, it is planning to deploy more and more hydrogen systems for its production cars and commercial vehicles over the next 10 years.

On that note, Hyundai already has plans to provide 1600 fuel cell trucks to the Swiss market, starting this year and running to 2023. The US market is next on the agenda. Since fuel cell systems incorporate an electric motor, there is a potential for huge amounts of instant torque. This, no doubt, comes in handy for large commercial vehicles.

Locally, Hyundai Australia will launch its NEXO hydrogen SUV later this year. It features an electric motor system that delivers 120kW and 394Nm, which is good for a 0-100km/h sprint in 9.5 seconds. With a full tank of hydrogen, it offers a range of 666km (WLTP) before needing a refuel.