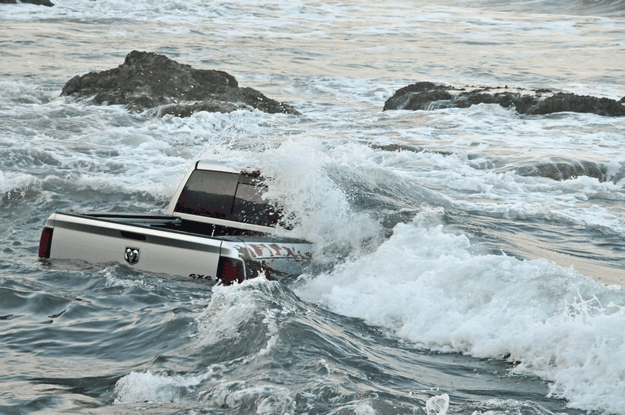 A 2014 Ram Power Wagon protoype has been spotted… swimming in the ocean. The pre-production model was being photographed for an upcoming media launch when the tide came in quicker than expected.

The result? A truck that is kind of swept out to sea, only it gets snagged on some rocks and sort of just sits there like a fat person watching TV, refusing to move.

The hefty mass of the heavy duty ute pressing its wheels deep into the sand probably stopped it from being completely ravaged by the choppy currents and jagged rocks. 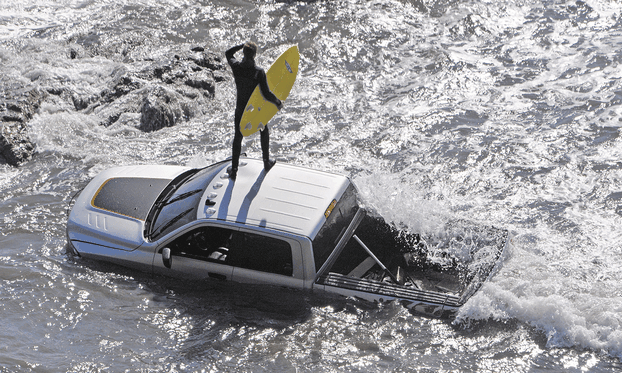 The news was originally picked up by Automotive News in the US. Photographer Matt Hinton managed to snap some images of the machine during its dunking.

The report says the incident occurred at a beach near Trinidad, California. In the report, Ram said,

“During a photo shoot, a Ram truck was lodged on some rocks on a beach when the tide came in. The EPA inspected the vehicle and confirmed there was not any leakage from the vehicle’s fluid tanks.”