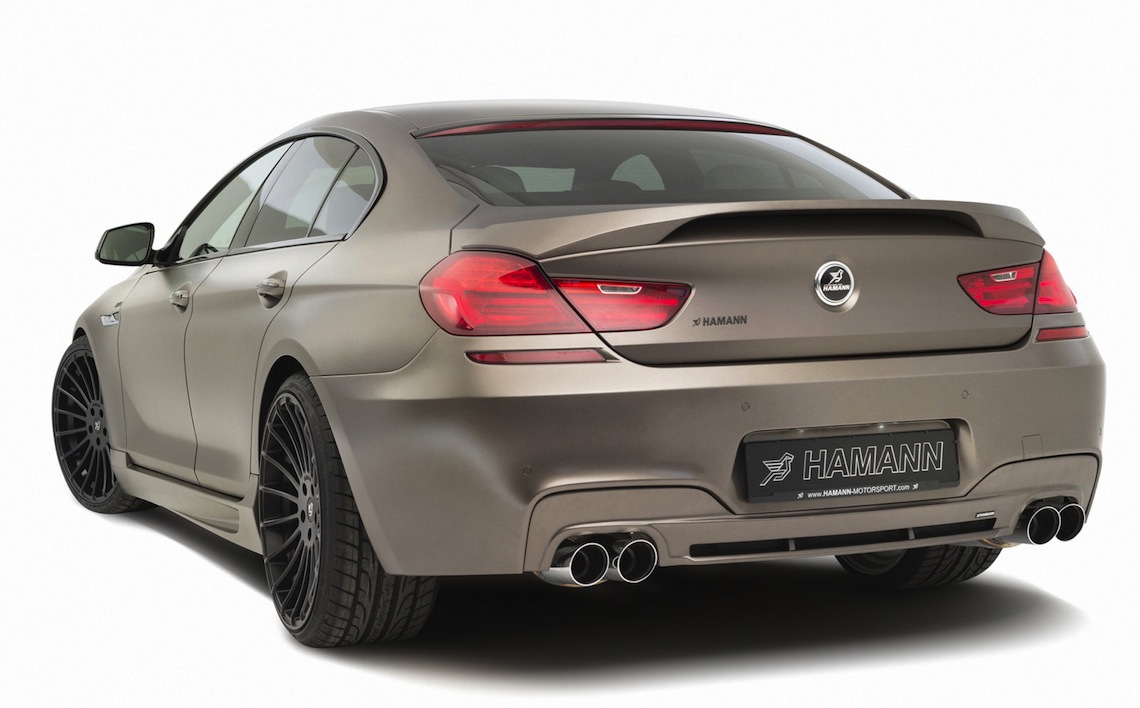 If you like your coupes grand, you certainly won’t miss the new upgrade kit by Hamann developed for the BMW 6 Series Gran Coupe. It provides even more presence for the already jaw-dropping 6 Series. 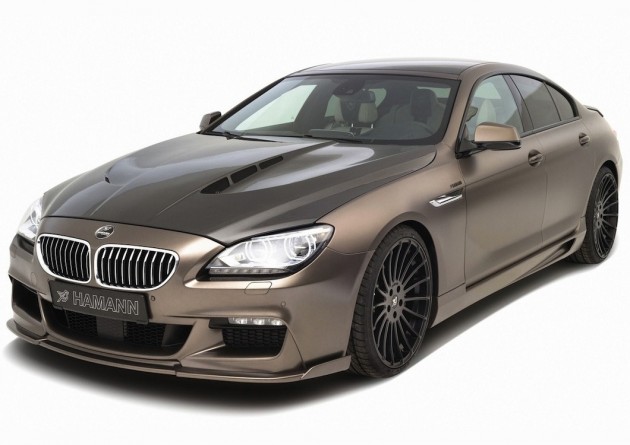 The BMW 6 Series Gran Coupe can be had in two variants in Australia, the 640i and 650i. A high performance M version is on the way too, which will borrow the mechanical underpinnings from the epic BMW M6 and M5.

For German tuning company Hamann, all that is needed to boost the Gran Coupe’s appeal is a sleek yet super-aggressive bodykit. So the company has come up with this rather svelte and stealth bronze number you see here. 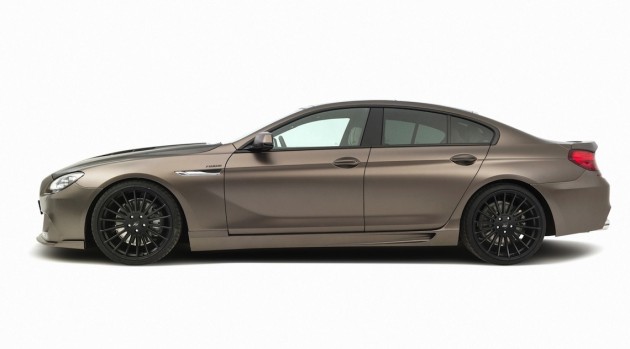 It features a carbon fibre bonnet with custom vents cut sidewards above the engine, a new front bumper bar and extended lower lip and side fins, matching side skirts, and an impressively finished rear end with a lip spoiler and diffuser at the bottom. The kit has been tested and does provide aerodynamic advantages over the standard Gran Coupe body.

With a set of dark-finish Hamann alloy wheels, the 6 Series is turned into an autobahn weapon. 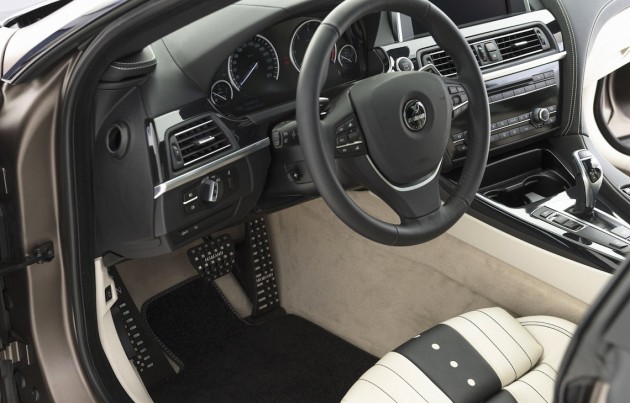 To finish it all off, Hamann can fit a full interior customisation package, with unique leather colour schemes pampering passengers even more so than the already top-line 6er. Bespoke pedals, seats, and steering wheel are also on offer.