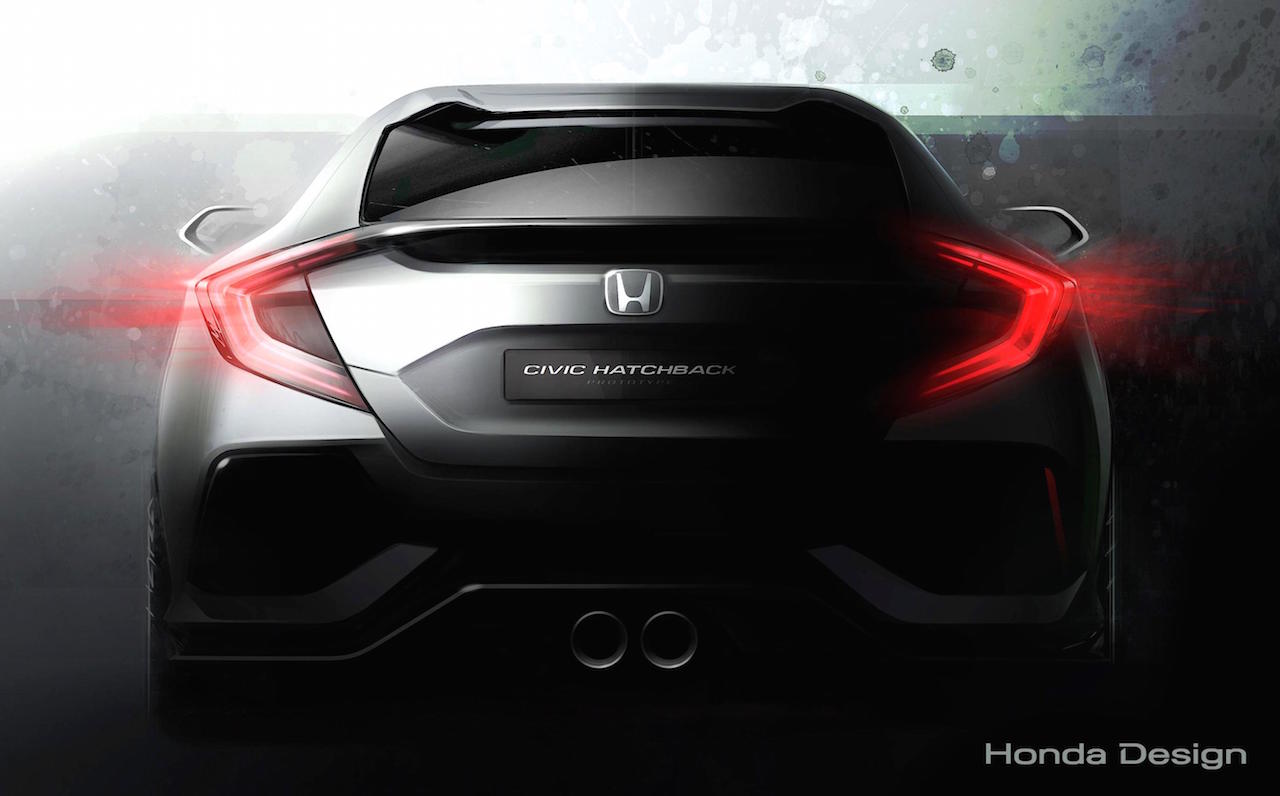 Honda has jumped onto the teaser bandwagon and released this rather intriguing preview image of the all-new 2017 Honda Civic hatch. 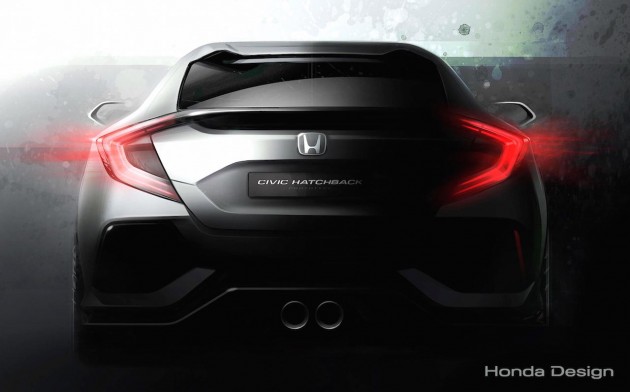 Not to be confused with the new sedan and coupe that’s sold in the US, the new hatch is designed for the European market. And, if the current hatch is anything to go by, this will be the model that will eventually arrive in Australia.

The car in the image is just a prototype at this stage, Honda says, but it does give us a real preview to the exterior design of the all-new hatchback that will arrive in Europe early in 2017.

Honda says the showroom version will be produced at the company’s UK Manufacturing facility (HUM), and will eventually be exported to global markets, including the US. No information regarding Australia has been released just yet.

Aside from the striking exterior design that appears to incorporate C-shaped LED taillights, twin centrally-mounted exhausts, and a cool sculpted roofline, the Civic hatch is expected to come with turbo power for the first time (excluding the Type R).

Honda does have a few new turbo engines under its wing, including a 1.0-litre turbo three-cylinder producing just under 100kW. However, the main variant is likely to come with its new 1.5-litre turbo that produces up to 150kW. This should transform the Civic hatch, if this output is offered, into a much more appealing proposition compared with the slow and low-powered (104kW) existing model.

More details will be revealed in the coming weeks, and we anticipate some official info from Honda Australia soon. The Geneva show starts on March 1.