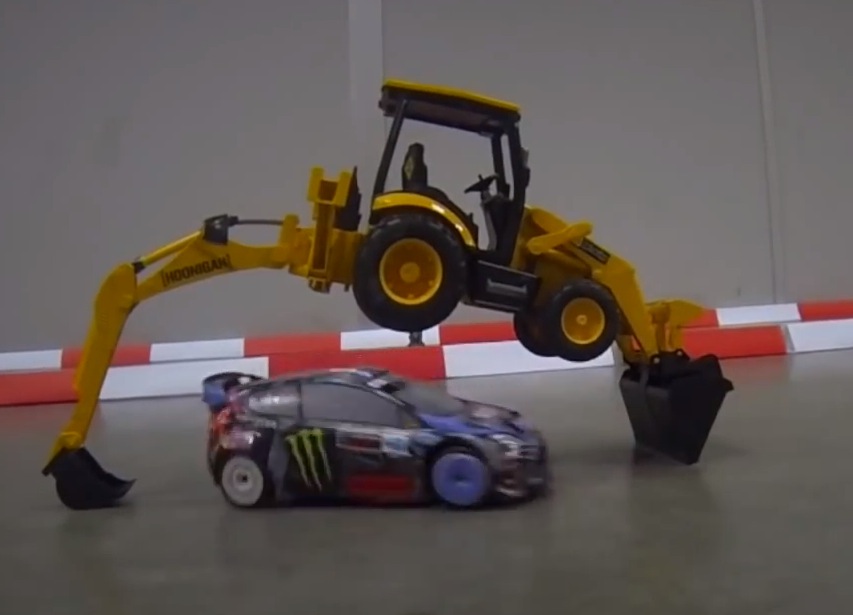 Fans of Ken Block’s Gymkhana series will get a kick out of this video, which is a small scale recreation of the latest Gymkhana Six shoot using remote control cars. The video was put together by the team at Hobby Products International and was filmed using a GoPro Hero3 camera.

The star of the video is one of HPI’s Ken Block 2013 GRC Micro RS4 remote control car with a Ford Fiesta body, which is 1:18 scale. Measurements come in at 220mm long and 80mm tall with a 140mm wheelbase.

Some of the car’s cool features include a belt-driven 4WD system, electronic speed control and a waterproof steering servo.

But enough of that, be sure to watch the video and make your own comparisons to the original.