What Kanye West and Jay-Z have done in their ‘Otis’ music video to a Maybach with a metal saw and a blow torch is crazier than a cut snake. 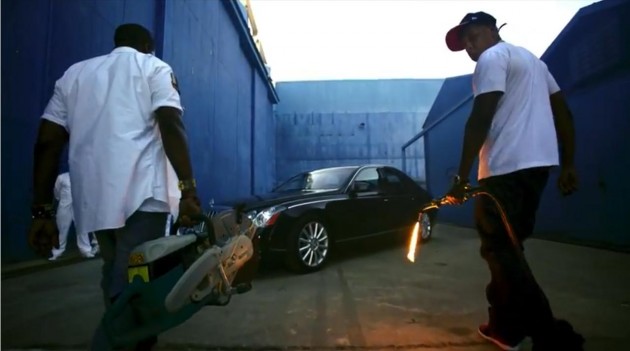 Rappers love nothing more than showing off. And what better way to show off by cutting up a million dollar luxury car.

While it may seem cool to cut up a car with more curtains than a wedding reception, we honestly think the stunt is a bit over the top – but it’s certainly worked in grabbing our attention.

But one has to think, there has to be another reason they’ve done such a terrible thing to such an awesome car? Well, there is. The car will be auctioned off with all proceeds going to the East African Drought Disaster Relief Fund.

Some 13 million million people in Somalia, Kenya and Ethiopia are victims of the worst drought in 60 years.

So what looks bad initially, actually turns out to be bloody awesome. Cut away, boys!

Check out the video below.