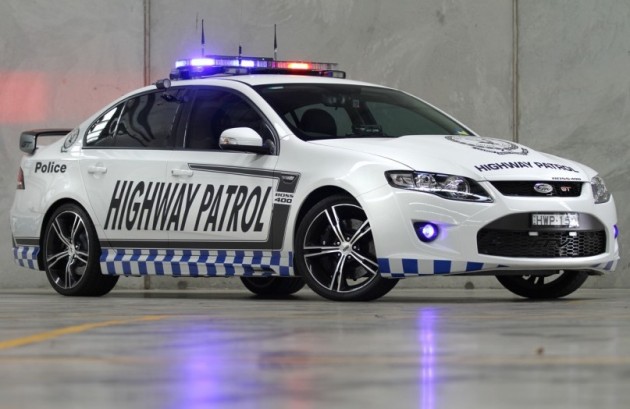 The FPV GT RSPEC is a special edition in its own right. It comes with a more aggressive tyre and wheel package and retuned suspension to help it accelerate even quicker. It also comes with special logos and a distinguishing colour scheme. Just 350 are being made.

This FPV GT highway patrol version is the 150th edition. It won’t go into service as an official police chase vehicle, however, it will be used to tour NSW for a year-long educational operation which aims to teach various groups about road safety.

It seems kind of ironic that the police would use a road-legal 400kW supercharged V8 monster to educate and advocate road safety, however, the car will be used to help engage and relate to enthusiasts.

It is a very appealing muscle car concept and one that we’d love to see hitting the market further down the track. The package is said to be worth around $100,000 – considerably more than the RSPEC’s $76,990 price tag.

The car will make an appearance at this weekend’s V8 Supercars Sydney Telstra 500 event, before going on tour. After the tour the special GT will be placed in a museum.